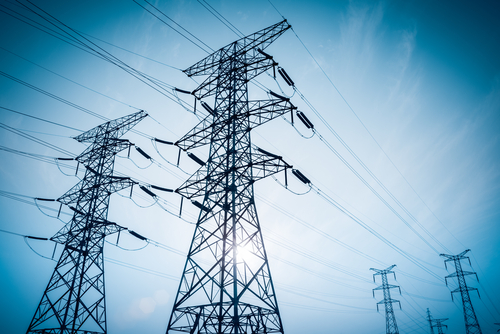 A $2.5-billion transmission line carrying wind power to the U.S. Southeast is coming — whether state regulators there like it or not.

On Friday, the U.S. Energy Department used a decade-old statute to clear Clean Line Energy Partners LLC’s 705-mile (1,134-kilometer) power line for construction over any objections from the states involved.

The Energy Department’s approval of the line, proposed to carry 4,000 MW of power from the wind-rich Oklahoma panhandle through Arkansas and into Tennessee, marks the first time the 2005 statute has been used to bypass state approval and push through an interstate transmission project.

“Moving remote and plentiful power to areas where electricity is in high demand is essential for building the grid of the future,” Energy Secretary Ernest Moniz said in a statement. “Building modern transmission that delivers renewable energy to more homes and businesses will create jobs, cut carbon emissions, and enhance the reliability of our grid.”

The approval highlights a potential workaround for some U.S. transmission developers who have for years dealt with regulatory delays and roadblocks at the state level while trying to site new power lines. The statute gave the Energy Department authority to clear interstate projects co-sponsored by either of two of its four public power agencies. It’s just the latest twist in the battle over transmission siting between state and federal agencies as U.S. regulators push for stronger, multi-state lines capable of moving renewable power to where it’s needed.

The Clean Line project approved by the Energy Department is backed by ZBI Ventures, National Grid PLC and Bluescape Resources Co. LLC. With the authorization, Clean Line has said it expects to start construction on the 600-kV, direct current line in 2017 and bring it into service in 2020.

“The Plains & Eastern Clean Line is the largest clean energy infrastructure project in the nation and will modernize the U.S. electric grid while bringing forth new investment, job creation, and more low-cost power for American consumers,” Michael Skelly, president of Clean Line Energy, said in a statement on Friday.

Arkansas regulators had refused to consider the proposal in January 2011, saying the developer didn’t qualify as a utility under state law because it didn’t have operations in the state.

The project brightens the prospects for wind farms being built in remote parts of the Midwest that don’t already have access to major power lines. Clean Line is already exploring another partnership with the Energy Department that would build a 790-mile link connecting wind power in western Kansas to Illinois and other states in the PJM Interconnection LLC, the largest U.S. power market. Missouri regulators have refused to approve that one.

“You can have one state, or even one county, stopping a multi-hundred, or thousand-mile interstate transmission line needed for significant delivery of resources and that has been a long-standing problem,” Jon Wellinghoff, a former chairman of the U.S. Federal Energy Regulatory Commission who pushed through major transmission reforms, said in a phone call. “So to the extent that 1222 is effectively used it is a positive thing for transmission projects.”

The Energy Department’s decision probably will face lawsuits challenging its authority under the 2005 law to take land for the line, a group of electric cooperatives said in comments filed with it in April. Landowners are already arguing that use of federal eminent domain is unconstitutional because the project isn’t needed, according to the Southwestern Power Resources Association, whose members in Arkansas and four other states buy hydroelectric power from federal dams.