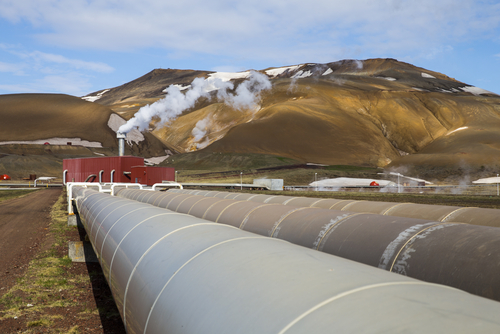 Two measures that bring the same benefits enjoyed by owners of solar installations to those who install geothermal heat pumps (GHPs) have passed the New York State Legislature and now move on for Governor Cuomo’s signature. A-2177a/S2905 grants GHP owners a tax credit of up to $5,000 for 25 percent of project costs to, while A-25508a/S4279 provides a state sales tax exemption for residential and commercial GHP installations.

University Research to Begin at Hualalai

University of Hawaii researchers are looking to increase the number of survey sites included in a project to assess the potential for geothermal energy at Hualalai, a dormant volcano considered the “Middle Child” and third youngest of the volcanos on the Big Island. UH was granted permits in March for 9 sites, which it hopes to increase to 19 in order to help avoid costs of environmental assessments at some sites that would not be required at others. The “Geothermal Resources Exploration Plan for Hawaii” will begin as early as this summer as a non-invasive geophysical study using a magnetotelluric survey. It is funded by the DLNR and U.S. Department of Energy.

In Oregon, lawmakers passed House Bill 3329 through the Oregon House and Senate to Gov. Kate Brown’s desk. The bill “modifies the standard by which geothermal energy qualifies as a type of green energy technology for which at least 1.5 percent of total contract price of certain public construction improvement contracts, reconstruction or major renovation of public school building must be spent” reported local news.

This article was originally published on GEA’s GeoEnergy Wire and was republished with permission.