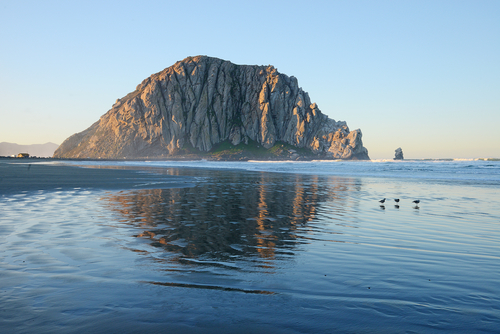 The U.S. Bureau of Ocean Energy Management is evaluating a proposal for the first offshore wind project in California.

The agency said Trident Winds LLC is qualified to develop its proposed 800-MW wind farm, and will now determine if other companies are interested in the lease area, according to a statement Monday. If so, BOEM will initiate a competitive bidding process for the site about 33 nautical miles northwest of Morro Bay. If not, it will move forward with a noncompetitive leasing process.

Trident submitted an unsolicited proposal in January, a sign of growing interest in harnessing wind energy in U.S. coastal waters. While offshore wind farms are common in Europe, they cost about twice as much to build as standard wind projects on land and have not yet caught on in the U.S.

“This offshore wind project proposal, the first of its kind, marks another important milestone,” David Hochschild, a commissioner of the California Energy Commission, said in the statement.

BOEM has awarded 11 commercial wind energy leases in federal waters off the Atlantic coast. The first U.S. offshore wind project began construction last year off the coast of Rhode Island, and is expected to be complete this year.

Trident’s proposal calls for about 100 floating turbines, each with 8 MW of capacity, off the central California coast. Jeff Bodington, president of Bodington & Co., is Trident’s financial adviser.