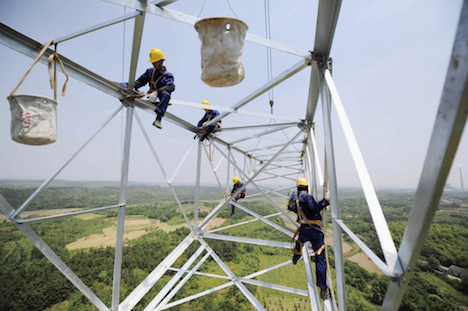 Some nine or ten months in the making, and building on related NREL’s projects in China, the MoU is a first, non-binding step in what could be an expanding range of collaborative renewable, clean power grid initiatives that will enable both China and the U.S. – the world’s two largest sources of carbon and greenhouse gas emissions – to better mitigate and adapt to rapidly changing climate conditions, John Barnett, manager of international programs at NREL, said.

Also of significance, the MoU is another clear indication that the White House, DOE and national energy research labs, such as NREL, are all on the same page when it comes to executing President Barack Obama’s strategic climate change, clean power and green economic development policy framework. Along those lines, it reinforces the president’s efforts to assure the U.S. plays a leading role in clean energy transformations and development of green economies domestically and globally, including at the upcoming UN Framework Convention on Climate Change (UNFCCC) negotiations to take place in Paris in December.

The MoU between SGERI and NREL establishes a general framework and establishes the basis of future initiatives between Beijng-based SGERI, a subsidiary of State Grid Corporation of China (SGCC), and Golden, Colorado-based NREL, the premier renewable energy research lab in the U.S. The largest electric utility in the world, SGCC employs about 1.6 million people.

Commenting briefly on signing of the MoU, NREL director Dr. Dan Arvizu said in a statement: “Clean energy isn’t solely a concern of the United States. It’s something that affects the entire planet, so it’s important to have researchers in China and other countries addressing the problems of supplying power from renewable energy.”

According to Barnett, collaboration between SGERI and NREL will revolve around three focal points set out in the MoU:

“There are two principal angles to our work here: R&D vis-a-vis science and technology is inherently international, Barnett said. “We have to know what’s going on in other research institutes around the world. This MoU, however, is much more geared towards actual applications and deployment. It aims to help create enabling market conditions for renewable energy transformations.”

Looking ahead, the SGERI-NREL MoU may spark creation of a partnership that would inform and advise government policy makers regarding the design and implementation of market-based mechanisms and regulatory regimes capable of fostering and supporting more rapid deployment of renewable energy generation capacity and grid-integration of emissions-free electricity and other innovative clean technologies, NREL said in a statement.

The meeting during which the MoU was signed was a very important one, Barnett said.

Opening up channels for discussions, information exchange and collaborative research and development has become a strategic priority for NREL´s international work, Barnett added.

“We are sharing a wide range of resources – lessons learned, new methods and analytical approaches – as we move forward with the transformation of the U.S.’s energy mix and power grid infrastructure,” he said.

Following through in terms of fulfilling the MoU’s promise of stronger, better international relations and collaboration regarding renewable power grid projects will happen gradually and be dependent on funding from the philanthropic community, at least initially, Barnett explained. He added that news of such funding may be released publicly in a few weeks.

“The Chinese, if they continue to deploy and add to their net renewable power generation capacity as they plan to, will yield some awesome lessons over the course of the next years that will be of great value and benefit here in the U.S. and around the world,” he said.