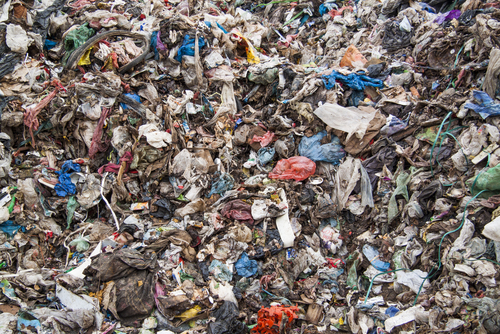 If the September 25, 2015 meetings in Washington between President Obama and President Xi of China yield no additional, substantive agreements to ease the tensions between the two countries in the arenas of monetary policy, currency devaluation, cyber-warfare or China’s military build up in the Southeast Asian theater, they will be noted in the annals of environmental history for having yielded a historic, landmark commitment by China to start a national program in 2017 that will limit and put a price on greenhouse gas emissions.

More than any other policy adopted by the Obama Administration with regard to climate change, the decision and success in forging ahead with coordinated strategies at the next global round of UN-sponsored global negotiations in Paris, in December 2015, is a game changer.

The Case for Energy from Waste

Even as well-entrenched oil producers adopt an explicit policy to sustain supply levels in order to fuel a new “bust cycle,” with an artificially low price per barrel that will demotivate investments in alternative energy, there appears to be the beginning of a recognition that both the U.S. and China are sitting on an important untapped energy source — namely, the massive amount of waste that either country generates.

Waste-to-Energy (WTE) technologies have long been developed, tested, prototyped and deployed in land-constrained economies, such as Japan and Europe. The average level of waste that makes its way into landfills in the European Union 27 countries is 38 percent, with several European countries, most notably Germany, having already reached a net-zero waste policy where no waste goes into landfills. In Japan, waste disposal into landfills reaches only 16 percent of total waste.

Only a handful of U.S. states have managed to achieve a comparative level of waste diversion to limit the amount of waste going to landfills. The volume of waste that is diverted away from landfills (through recycling, composting and energy recovery), varies greatly amongst U.S. regions, with the lowest region, the Northeast, averaging 24 percent, while most U.S. states average over 70 percent of their municipal waste going into landfills.

The current national average waste production per capita, is roughly 1600 lbs in the United States. The nationwide total of municipal waste generated reached an average of 250 Million tons per year between 2010 and 2014, with 54 percent going into landfills, significantly down from a much higher 89 percent in 1980, but still much higher than other advanced economies. This waste found its way to a network of 1900 landfills in 2014. This compares to a much larger population of landfill sites 30 years ago, which stood at over 7500 sites. This 75 percent reduction in the number of sites is somewhat deceptive in the sense that many smaller landfills were consolidated into larger, more efficient, higher capacity sites.

In comparison, China’s total waste generated is reported to be 360 million tons per year, of which 160 million tons are produced in urban centers. Current projections are for the volume of waste to grow by 8 percent per year. This equates to a per capita Chinese waste generation of 350 lbs per year. So while the Chinese population’s generation per capita is drastically lower than their American equivalent (a mere 20 percent of U.S. waste generated per person), the country’s population demographics lead to a total Chinese national amount of waste that exceed US production by 44 percent.

Of the 360 million tons of China’s annual waste, the total finding its way into formal landfills is reported to be about 50 percent. This does not mean that the remaining 50 percent is repurposed, composted or recycled. 2 In fact, another 25 percent of total waste is merely thrown in informal rubbish piles.

Clearly, in terms of the two countries’ current performance regarding the diversion of waste away from landfills, the U.S. and China stand today remain significantly “behind” Europe and Japan.

China’s 12th Five Year Plan acknowledges and addresses the issue of waste management by zeroing in on the two track practice of dumping waste in a network of 447 formal municipal landfills, with an amount equivalent to what goes into landfills going into unregulated, informal dumps where waste is just “piled up,” with significant health risks to the surrounding population. Eliminating this informal “pile up” waste network is a priority of the Chinese central government.

But beyond this health risk issue, from the perspective of the energy supply mix and both government’s stated desire to significantly reduce carbon emissions, it is important to acknowledge and consider the fundamental fact that the U.S. and China, separately and combined, sit on a massive, unexploited, dormant, low carbon renewable energy source — their waste.

The world’s two largest national economies have an opportunity to benefit from best of class technology deployments illustrated in Japan and Europe.

A comparison of the Greenhouse Gas emission profiles of energy sources confirms that biomass offers a potential for a massive reduction in carbon emissions, by more than 85 percent, for an equivalent level of net energy produced, compared to coal and oil.

Let’s do the math on our two countries’ trash, from a carbon emissions perspective.

This is the backstory on why waste, a virtually untapped source of low emissions alternative energy, needs to emerge in the US-Chinese Climate Change discussion and be considered a viable piece of the carbon emission reduction commitment that both countries are getting ready to make at the December 2015 Paris round of global climate change negotiations.

The good news is that the U.S. and China have yielded to Europe and Japan to work through the kinks of promising Waste-to-Energy technology over the past 2 or 3 decades. Today’s pyrolysis technology is not that deployed in clunky set ups in California in the early 1980s. The early movers’ experience has yielded some important adjustments.

For instance, early advocates of pyrolysis ran into multiple roadblocks in the U.S., one of which was the ability to secure long term feedstock contracts that guaranteed enough volume to achieve an acceptable return on investment. The lesson learned is that, building a network of smaller sized pyrolysis plants tailored to optimize a wide range of distinct “feedstocks,” from municipal waste, to animal agro waste, to forestry waste, to pre-sorted plastics or to sludge from waste water treatment plants, is the way to go.

At this historical turning point when the U.S. and China grapple with a global opportunity to reverse carbon emission trends and seek to strike a rare tone of cooperation around carbon emissions, it is time for the two nations to pull waste management practices from the policy back burner to the front burner.

Where US-Chinese collaboration around the theme of WTE can take us is yet to be discovered. But there can be no doubt that the combined talent of U.S. and Chinese engineers, businesses and policymakers, operating in a space where initial technology solutions have been vetted and deployed by Europe and Japan, can be beneficial to all.

We call on U.S. and Chinese climate change policy makers to seize on this historical opportunity by agreeing to set up working groups, to take full opportunity of the untapped energy reserve that languishes on the periphery of our urban centers.

Special thanks to the team of Chinese environmental engineers who contributed to this analysis: Mengyang Han, Mengna Li, Sibo Liu, Zhekai Zou and Xiaolong Wang, all current and recent Masters degree and Doctoral degree students at the Illinois Institute of Technology, in Chicago.