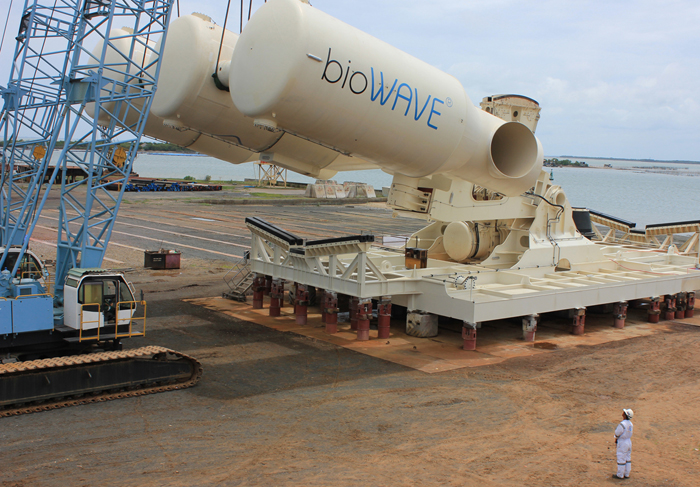 The bioWAVE device is a 26-meter-tall oscillating structure designed to sway back-and-forth beneath the ocean swell, capturing energy from the waves and converting it into electricity that is fed into the grid via an undersea cable. The design was inspired by undersea plants and the entire device can lie flat on the seabed out of harm’s way during bad weather.

“Installation of the bioWAVE marks the culmination of an intensive development phase, and the beginning of a testing and demonstration phase for bioWAVE,” said Timothy Finnigan, BPS chief executive officer.

“We will now turn our attention to commissioning the plant for operation, and we aim to be delivering electricity into the grid very soon.”

Kay said the MHK device will be tested and monitored throughout its operation to produce an independent performance assessment that will be shared with the energy industry in line with ARENA’s knowledge sharing agenda.