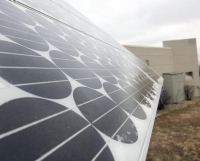 New York City, United States [RenewableEnergyWorld.com] Close to US $155 billion was invested in 2008 in renewable energy companies and projects worldwide, not including large hydro. Of this $13.5 billion of new private investment went into companies developing and scaling-up new technologies alongside $117 billion of investment in renewable energy projects from geothermal and wind to solar and biofuels.

This $140 billion investment in 65 GW of low carbon electricity generation compares with the estimated $250 billion spent globally in 2008 constructing 157GW of new power generating capacity from all sources.

It means that renewables currently account for the majority of investment and over 40% of actual power generation capacity additions last year.

Total transaction value in the sustainable energy sector during 2008 – including corporate acquisitions, asset re-financings and private equity buy-outs – was $223 billion, an increase of 7% over 2007. But capital raised via the public stock markets fell 51% to $11.4 billion as clean energy share prices lost 61% of their value during 2008. Investment in the second half of 2008 was down 17% on the first half, and down 23% on the final six months of 2007, a trend that has continued into 2009.

The investment surge of recent years and softened commodity markets have started to ease supply chain bottlenecks, especially in the wind and solar sectors, which will cause prices to fall towards marginal costs and several players to consolidate. The price of solar PV modules, for example, is predicted to fall by over 43% in 2009.

On a regional basis, investment in Europe in 2008 was $49.7 billion, a rise of 2%, and in North America was $30.1 billion, a fall of 8%. These regions experienced a slow-down in the financing of new renewable energy projects due to the lack of project finance and the fact that tax credit-driven markets are mostly ineffective in a downturn.

With developed country market growth stalled (down 1.7%), developing countries surged forward 27% over 2007 to $36.6 billion, accounting for nearly one third of global investments. China led new investment in Asia, with an 18% increase over 2007 to $15.6 billion, mostly in new wind projects, and some biomass plants.

Investment in India grew 12% to $4.1 billion in 2008. Brazil accounted for almost all renewable energy investment in Latin America in 2008, with ethanol receiving $10.8 billion, up 76% from 2007. Africa achieved a modest increase by comparison, with investments up 10% to approximately $1.1 billion.

Click here for more details on the report from UNEP.