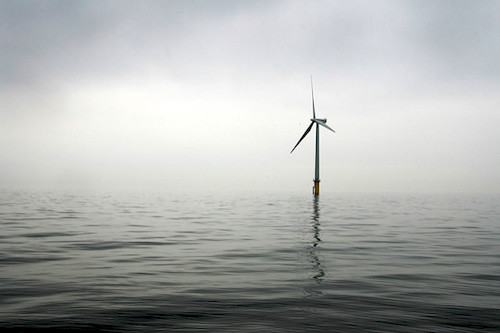 What’s the future of renewable energy in the UK post-Brexit? There are many variables to consider and the landscape keeps changing every day. However, an initial analysis shows offshore wind will be the biggest winner, while established technologies will have to fight it on their own.

Two days before the UK dismantled its former department of energy and climate change (DECC) to create the new department of business, energy and industrial strategy, a DECC official spoke at an energy conference in London. The conference was organized by Westminster Energy, Environment and Transport Forum and titled “Delivering Electricity Market Reform and priorities for new Contracts for Difference.”

Declan Burke, head of contracts for difference (CfDs) design and low carbon technologies at the DECC told attendees that, according to the UK’s budget announced by the former chancellor George Osborne in March, the country will run three more CfDs auctions by the end of this parliament’s life in 2020. A CfD is the UK’s mechanism to subsidize large-scale renewable energies and has replaced any other alternative policy scheme.

So, according to the 2016 budget, the UK will spend £730 million (US $956.5 million) of annual support for new CfDs over the next 15 years. Of this, £299 million (US $391.8 million) of annual support will be dedicated to the next CfDs auction, which Burke said the government will announce by the end of this year. This auction, Burke added, will concern less established technologies, such as offshore wind and wave power.

Representatives of the wave power sector asked why a 1-MW wave power project has to go through the same complicated CfDs procedure as a large offshore wind plant. Again, Burke answered that the CfDs mechanism favors scale.

Burke’s presentation and the discussion that followed it left no room to expect new auction rounds for solar PV and onshore wind. It appears that staff working at the government’s departments are concerned about incremental, technical changes to make the CfDs scheme more transparent.

The establishment of the new department of business, energy and industrial strategy is not expected to change the government’s priorities or the budget dedicated to renewable energies. The current dynamics will change if French utility EDF decides to pull out of the 3.2-GW Hinkley Point C nuclear power plant in the south-west of England. EDF has called a meeting of its board of directors on July 28 to make a final investment decision on the project, EDF announced last week.

But again, even if the Hinkley Point C plant does not proceed, it is not certain at all the UK government will like to close the gap with renewable energies. The Brexit camp that rules the country is largely anti-renewables and is not clear whether the UK will stick to its EU-set renewable energy targets. A recent UK decision after the Brexit referendum to reduce the country’s carbon emissions 57 percent by 2030 on 1990 levels is not monitored by any international institution and can very easily prove thin air.