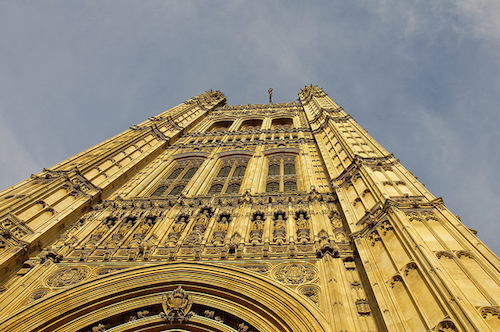 Will the price of power go up? Could the lights go out? Britain’s shock withdrawal from the European Union poses big questions, and urgency was in the air when the House of Lords, Parliament’s chamber responsible for amending legislation, quizzed two experts in energy and climate change last week.

One concern was that tariffs could be imposed on electricity and gas if Britain is forced to leave Europe’s internal energy market (IEM), which coordinates access to energy. But Grubb saw no cause for alarm.

“Energy isn’t on the goods or services list for prescribed tariffs in the EU,” he said. “The separate listing under the World Trade Organization for energy trade also appears to have a zero cap on tariffs.”

As for Brexit’s impact on UK climate change policy, the experts saw little to worry about. Grubb told the Lords that this issue is predominantly covered by domestic legislation and adopting the 5th Carbon Budget, which lays down a 57 percent reduction in emissions from 1990 levels by2032.

“The UK would ratify the Paris Agreement,” he added.

Froggatt said that the UK’s planned emissions reduction is larger than that of its European neighbors — 16 percent from 2005 to 2020, when the EU average is 10 percent.

“The UK has been a driver of climate change policy,” he told committee members.

However, the UK could face paying transmission charges, he warned. As for the price hike question, the immediate answer seems to be yes — Grubb told the committee that 12 gas suppliers have announced £100 rises in fixed tariffs, “which I guess is a mix of exchange rate and general uncertainty hedging,” he said.

“On energy security, the UK has been strong, an important voice on key projects,” Froggatt said. “No longer being in the debate will change the overall framework of European policy. However, Grubb added that ”nothing is a threat to security of supply if you know it well enough in advance, and are willing to invest enough to compensate.”

As coal power stations close and oil and gas production declines, Froggatt urged the UK to “seek as close an integration as possible” with EU markets.

“Electricity is a different commodity from others because of the difficulty of storage, the need for large infrastructure and for some sort of certainty,” he said.

Brexit arrived amid moves to increase the UK’s interconnectedness via underground and undersea cables that allow cross-border energy transmission. The plan is to more than triple this capacity via new interconnectors with Europe — “from three to 10 GW,” according to Froggatt.

Now there’s uncertainty. Yet, says Grubb, “I think all the planned interconnections will go ahead,” though he added that while those projects have regulatory approval they will take much more time “before reaching financial closure.”

“Interconnectedness has been one of the most reliable forms of supply,” Grubb said. “We could cope (in a changed world), but it would cost more; put pressure on for greater domestic investment. Issues of grid stability are easier to handle for countries fully in the single energy market.”

Pro-Brexiters celebrated the prospect of ‘liberation’ from over-arching EU legislation. What might that hold for the energy sector – renewables and otherwise?  The experts agreed there’s a potential upside here — “room to maneuver — to help certain types of industry looking for state support,” Grubb told the committee.