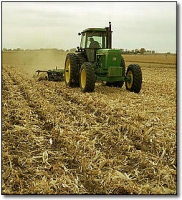 Domestic production or import consumption is the obvious debate whenever a new product is introduced to the market. Ethanol could have a strong future as a domestically produced renewable fuel, and with government support ethanol could offer the U.S. a way to lower its dependence of foreign sources of energy. However, if the U.S. starts to rely on imported ethanol the country could miss a valuable domestic industry.

Washington, DC — July 27, 2004 [SolarAccess.com] Senate Democratic Leader Tom Daschle (D-SD) has introduced legislation that would prevent imported ethanol from qualifying for credit under renewable fuels standard (RFS) legislation. Implementing an RFS of 5 billion gallons by 2012 is part of various House and Senate passed energy bills. “One of the key reasons to establish a robust RFS is to increase the use of domestic, renewable fuels and Sen. Daschle’s legislation preserves that goal,” said Bob Dinneen, who is the president for the Renewable Fuels Association. “The Daschle proposal will ensure all the ethanol used to comply with an RFS is produced here in the U.S. – creating jobs, boosting farm income, and enhancing energy security.” Enacting an RFS would require petroleum refiners and marketers to gradually increase their use of renewable fuels, like ethanol and biodiesel, to 5 billion gallons per year in 2012. Under the Daschle plan, only ethanol produced in the United States would count toward the 5 billion gallon requirement. While petroleum companies would be free to use imported ethanol, it would not qualify toward their RFS obligation. Sen. Daschle isn’t the only politician pushing to protect American producers of ethanol. Senate Finance Committee Chair Chuck Grassley (R-IA) also introduced legislation that would prevent an increasing amount of imported ethanol from bypassing the standard import tariff. “Sen. Grassley’s bill will protect the American taxpayer from incentivizing foreign ethanol,” said Dinneen. “Foreign ethanol producers receive plenty of assistance from their own governments. They don’t need the U.S. taxpayers’ help as well. By protecting the integrity of the U.S. ethanol program, the Grassley bill will create jobs, boost farm income, and enhance U.S. energy security.” In order to promote ethanol use, petroleum companies in the U.S. currently receive a federal excise tax exemption of 5.2 cents per gallon on a gallon of gasoline blended with 10 percent ethanol. An offsetting tariff of 54 cents per gallon of imported ethanol was established to protect the U.S. Treasury from funding foreign ethanol production. Ethanol imports from certain countries were exempted from this tariff under the Caribbean Basin Initiative (CBI) in order to spur economic development. According to the RFA, the program has not led to new investment in CBI countries. Rather, the same companies participate in this market today as when the program began 16 years ago. The Grassley legislation would protect companies currently utilizing the CBI provision, but would cap the amount of ethanol that can enter the U.S. duty-free.