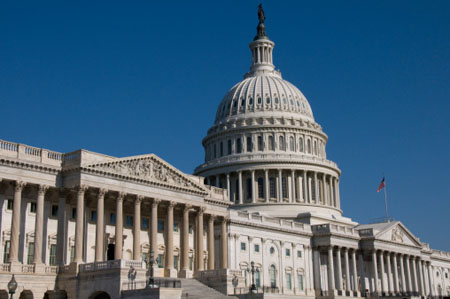 The U.S. House of Representatives has passed bipartisan hydroelectric power regulatory improvement provisions as part of the North American Energy Security and Infrastructure Act of 2015, potentially helping to expedite the project approval process.

The legislation — officially House Resolution 8 — was sponsored by Rep. Fred Upton, R-Mich., and passed by the House yesterday by a 249-174 vote.

“Passage of these provisions is the first step toward fully realizing hydropower’s clean energy potential,” said National Hydropower Association Executive Director Linda Church Ciocci. “At a time when the nation and the [Obama] Administration are searching for a clean energy solution, it is unacceptable to support the status quo, a process which is devoid of timeliness and collaboration.”

Major provisions of H.R. 8 include:

According to the NHA, the current hydro licensing procedure can take more than a decade to complete — hampering investments with outdated processes, redundant approvals and deferred decision-making.

“As the legislative process moves forward, we will continue working with Congress, the Administration and all stakeholders to pass a final bill that preserves the existing hydro system, protects the environment and promotes new development,” Ciocci said.

The bill also includes a provision that could create a marine and hydrokinetic research and development program within the U.S. Department of Energy with the goal of accelerating deployment of MHK technologies.

The NHA said the Senate is expected to take action on the Energy Policy Modernization Act of 2015, which includes similar stipulations to improve the regulatory process. The bill was submitted to the Senate in July.