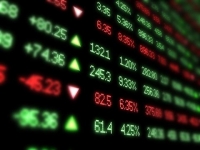 I included two “Clean Energy Speculations” along with my annual model portfolio of ten clean energy stocks this year. It’s been a tough year for clean energy stocks in general, with my industry benchmark (Powershares Wilderhill Clean Energy ETF (PBW)) down about 15% since I initiated the portfolios on December 27th 2013. Despite this, both the main portfolio and the speculations look likely to end the year with small gains.

The two speculations were Ram Power Corp (TSX:RPG, OTC:RAMPF) and Finavera Wind Energy (TSX-V:FVR, OTC:FNVRF). Both are clean energy project developers trading for a tiny fraction of the amount of money they’d invested in their projects.  My speculative thesis was that most investors had given up hope that the projects would amount to anything, and so were willing to sell the stocks for considerably less than the remaining underlying value.  Both trade in Toronto, and the prices discussed below will also be Canadian dollars unless otherwise specified.

Ram Power is a geothermal developer.  Like many geothermal developers before it (Remember Nevada Geothermal?), the company had been overly optimistic about the potential of its geothermal resources.  In particular, the company had been unable to produce enough geothermal steam at its San Jacinto-Tizate project in Nicaragua to produce enough electricity and sales to meet the covenants its lenders had required to finance the project. At the end of 2013, Ram had negotiated one last chance to remediate the site’s wells in the hope of increasing output.  The stock’s recovery from its 8¢ level at the time of inclusion rested on the success of the remediation project.

To make a long story short, Ram Power reported the results of the remediation program on May 27th.  The results were insufficient to satisfy the loan agreements, putting the project back in default.  Since most of Ram’s value lay in San Jacinto-Tizate, I told readers to sell on June 3rd in my monthly update.  Ram continued to trade in the 3¢ to 4¢ range for the month of June, so readers should have been able to sell their shares for a loss of between 50 percent and 60 percent; I have been using a loss of 57 percent for performance tracking purposes.  The stock has since fallen to 1¢.

Finavera Wind Energy was a wind developer in the process of selling two wind projects (Miekle and Cloosh) to companies which would take them on to the construction phase.  Finavera expected to bring both projects to financial close and would receive payments which would more than cover its substantial debts by the end of 2014.  When I included Finavera as a speculation, I placed the residual value to Finavera shareholders at between 17¢ and 42¢ Canadian per share, with my best guess being 22¢.  Since the stock was trading at 7.5¢, it seemed reasonable to include the stock as a speculative pick.

In some ways, 2014 was a repeat of 2013 for Finavera, with continued delays eroding the value of the stock.  Despite this, the company eventually reached final agreements on payment for both the wind farms which will net the company approximately $6 million after expenses and payment of liabilities.  Finavera has further negotiated a purchase agreement with a San Diego, CA based residential solar marketing firm, Solar Alliance of America for $4 million in cash an additional 9.5 million shares of stock (about 20 percent of the combined company.)

I’m not an expert on the residential solar market, and find the future combined Finavera/Solar Alliance company difficult to value.  Nevertheless, I think it’s likely that, once the deal is consummated, other investors will see value in the opportunity to invest in their rapidly growing industry.  Hence, I am holding on to my shares (which have recently been trading for 11¢ to 13¢) for a future selling opportunity.

If we were to sell at 12¢ Canadian, the 60 percent gain on Finavera shares would neatly cover the 50 percent to 60 percent loss on Ram.  The merger with Solar Alliance values Finavera shares at 21¢, which would result in a 180 percent gain if we can realize it, but somewhat less if converted to U.S. dollars, since the currency has fallen almost 7 percent this year compared to the US dollar.

I do not know how high the stock might go, so I plan to sell my stake in portions as it advances.