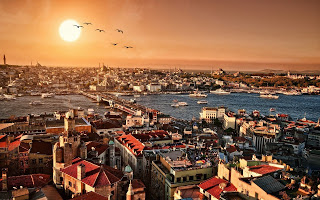 Turkey’s energy regulator granted its first ever solar license in late 2015. It is a 49-year generation license granted to Turkish developer Solentegre Enerji Yatirimlari, for an 8 MW facility to be installed in the eastern province of Elazig.

Turkish regulators held tenders for solar capacity in various regions of the country in 2014 and 2015. Where multiple applications were received for the same substation, a bidding process determined the winner. For the Elazig project the developer bid TL 827,000 (present equivalent of US$280,000) per MW for the license.

The market generally believed the bid was very high, but it was not far off from other bids submitted in other regions of the country. Overall, interest in the tenders was very high, with a total of 9 GW of solar projects being proposed for the 600 MW of tendered capacity.

The 600 MW capacity is actually a national cap, and total licensed solar production cannot exceed that capacity. However, Turkish policy makers have set a target of 5 GW of solar capacity by 2023. This begs the question of when the 600 MW cap will be increased (or lifted), and when the next round of license tenders will take place. Some market players say the cap will be increased when the transmission system is ready. Others claim that Turkey has no grid concerns and that new tenders will follow in due course.

After winning a tender for capacity, developers need to go through a permitting process before a generation license can be granted. During this pre-licensing period, developers must collect and submit measurement data for at least one year, submit a letter of guarantee in an amount calculated based on the installed capacity of the project, secure land rights, and obtain required permits to start construction (such as zoning permits and environmental clearances). This pre-licensing period is limited to 24 months, unless there is a force majeure event or it is otherwise extended by the regulator. During this period, any sale of the generator’s shares is not allowed.

The main incentive for solar in Turkey is a $133 USD/MWh feed-in tariff, which is available for 10 years for projects that commence operations by December 31, 2020. There is an incremental tariff of up to $67 USD/MWh for using domestic content. The local manufacturing sector is currently underdeveloped and generators are heavily dependent on imported products.

Various tax credits and exemptions, as well as support on interest payments, are available for eligible manufacturers of turbines, blades and generators used in hydro, wind, biomass and geothermal power projects. While similar incentives are not applicable for solar panels or other solar components, this may be an area for enhanced regulatory support of the industry.

Another indirect regulatory support for solar may come in the form of privatization of state-owned generation assets. While these assets are not in solar (they are mostly hydro and thermal plants), they are known to depress the market price as they still make up a large portion of the country’s generation capacity.

Separate and apart from the licensed generation market discussed above, distributed generation (or so-called unlicensed generation in Turkey) is also gaining more interest in the market. Facilities with a capacity of up to 1 MW are exempted from the pre-licensing requirements summarized above. The Council of Ministers, without any legislative action, is authorized to raise this limit up to 5 MW. Each unlicensed facility is required by law to be connected to a consumption unit, and any excess power not consumed in this unit can be sold to the grid. It is not clear whether the same generator may set up multiple facilities (for instance 10 facilities each having an installed capacity of 1 MW each) within the same region, and sell the excess power to the grid.

So what is next? Turkey has high solar capacity and needs the installed power capacity from solar. Turkey has an average annual total sunshine duration of 2,640 hours (a total of 7.2 hours per day), which gives it the largest potential among European countries after Spain. At the same time, Turkey is largely dependent on oil and natural gas imports to fuel its growing power generation needs, and needs to diversity its energy sources. The combination of these realities should see further solar licenses being issued.

This article was originally published in Project Finance News, a publication of Chadbourne & Parke, and was republished with permission.