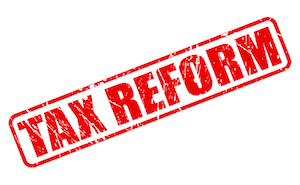 The tax reform package released at the end of September by White House and Republican leadership “left the door open” to repeal critical existing renewable energy tax credits prior to their scheduled either expiration or phase down, Gregory Jenner, partner at Stoel Rives, told Renewable Energy World.

“They are going to be looking everywhere for revenue, and the renewable energy industry would be very wise to not take for granted the good will of the tax writing committees,” Jenner said, adding that industry leadership should get tax writers on record as saying they will not touch the investment tax credit (ITC) and production tax credit (PTC).

He said that he is not optimistic that a reform package will be agreed upon before the end of the year.

“Depending on what the process looks like, and depending on how they try to raise revenue, this could be a pretty ugly process,” he said. “People have no idea what they are facing.”

According to Jenner, Trump’s reform package presents other less obvious issues for the renewable energy industry than the potential loss of the ITC/PTC.

“Even if they don’t get rid of the ITC/PTC or phase it down earlier, there’s a chilling effect in the marketplace just because of the possibility that they could,” he said.

Uncertainty about the future availability of tax credits could hinder investment deals for renewable energy projects.

Jenner said that forcing tax writers to commit to leaving tax credits alone in the reform process will give investors the confidence they need to move forward.

“Another hidden twist — and there’s not much you can do about — is the effect of the lowering of the corporate tax rate,” he said.

“Investors are not going to be caught short — assuming 35 percent and then having it drop to 20 percent,” Jenner said. “They are going to assume 20,” and then figure out how to reverse it if it becomes 25 or 30 percent.

While the Trump Administration and Congressional Republicans are pushing to pass a new tax plan this year, there is a long road ahead, including turning the original reform proposal into full legislation from both the Senate and the House, and then reconciling both pieces of legislation.