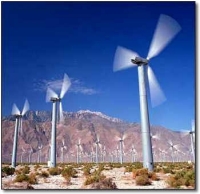 Peterborough, New Hampshire [RenewableEnergyAccess.com] Each year, things seem to get more exciting for the renewable energy industries, and 2007 was no exception. Although there was much disappointment about the exclusion of important provisions for renewables in the recent U.S. energy bill, the overall global picture was positive. With 31 gigawatts of renewable energy developed around the world, $17 billion dollars in global market transactions and $21 billion dollars in global venture capital invested in new companies in 2007, clean energy can no longer be considered an “alternative” — it is simply the natural evolution of energy.

To end another great year for renewable energy, we’ve chosen the top 10 technology, policy and finance stories of 2007 and divided them into two categories: Editor’s Choice and Reader’s Choice. While these stories are only a small representation of all that’s happened over the last 12 months, we hope this compilation will give you comprehensive look back into 2007 — and perhaps a glimpse of our 2008 renewable energy future.

Editor’s Choice
Here are some of our favorite stories of this year:

Energy, Ethics and Feed-in Tariffs
Europe has become a leader in renewable energy in large part because of the feed-in tariffs put in place across the continent. Now, many other countries are looking at feed laws to give their renewable energy industries a boost. In this RE Insider, Miguel Mendonca of the World Future Council writes about why feed-in tariffs are the right choice politically and ethically.

Creating a 21st Century Grid
As more distributed renewable energy is brought online in North America, the aging transmission and distribution infrastructure will need to be restructured to accommodate it. Staff Writer Stephen Lacey looks at the problems facing the grid and what needs to be done to build a more reliable, adaptable T&D system. Hint: Stephen Lacey is also host of the Inside Renewable Energy podcast. For a unique look at this topic, listen to the podcast linked at the bottom of the story.

2007: The Year of the Thin Film PV Stock
In this article, financial columnist Peter Lynch looks at how the emerging thin film photovoltaic industry may play out on Wall Street. Lynch argues that 2007 is the beginning of a major industry transition from traditional crystalline PV to next-generation thin film technologies.

EU to Fall Just Short of 2010 Renewable Target
While the EU is the undeniable leader in renewable energy, Europeans have their share of troubles. Earlier this summer, the Guardian reported that the UK was trying to find a way out of its renewable energy obligations. There are also concerns that a proposed certificate trading scheme will undermine feed-in tariffs around the region. In this story, our European Correspondent Jane Burgermeister looks at the difficulties the EU is facing in meeting its renewable energy procurement goals.

Nevada Solar One Video
This spring, the 64-megawatt Nevada Solar One plant came online near Las Vegas, Nevada, making it the largest concentrating solar power plant built in the last 15 years. The project marks a strong return for an industry that has been relatively dormant in the U.S. for over a decade. Shaine Ebrahimi of Green TV Productions went to a tour of the facility in March and brought back this video piece.

Reader’s Choice
There’s nothing more fun than covering this industry for you all — the consumers, teachers, advocates and leaders of the business community. Your encouragement, corrections and general participation on the site make our work that much more meaningful. So to acknowledge your contribution to our coverage, we’ve compiled the most read stories of 2007.

Citizenre: A House of Cards?
This RE Insider piece, written by groSolar’s CEO and Co-Founder Jeff Wolfe, was the most read story of the year. The article came out in February when there was much public speculation over Citizenre’s ability to meet its aggressive business goals. Jeff’s piece sparked a media frenzy over the company, which has quieted over the course of the year.

PV Costs to Decrease 40% by 2010
The second most-read story of the year was our coverage of a report released in May on the cost-curve of PV. The report, written by the Prometheus Institute for Sustainable Development and the Worldwatch Institute, looks at international solar manufacturing and adoption trends and uses those trends to predict the cost-curve for solar over the next three years.

Despite Rising Costs, Wind Industry Thriving Worldwide
With over 18,000 MW of capacity developed this year, wind is the leader of the renewable energy sector. In this piece — the third most-read story of the year — Staff Writer Stephen Lacey writes about the wind industry’s record growth in the face of materials shortages and rising project costs. Hint: if you like the print version, listen to the podcast linked at the bottom of the story.

Ultra Thin Solar Modules to Make 2008 Debut in Germany
Jane Burgermeister authored our fourth most-read story of 2007. Her piece looks at the collaboration between Shueco, E.ON and Applied Materials to produce a new generation of thin film PV modules. Burgermeister looks at this project specifically and the European thin film market in general.

U.S. Energy Bill – Early Christmas Present or Lump of Coal?
And finally, our fifth most-read story is our initial coverage of the Energy Bill that just made its way through the halls of Congress. The alarming start to the political process was perhaps a sign that things wouldn’t turn out the way the industry hoped.

Thanks to all our readers, viewers and listeners for making this a great year. We’re looking forward to an even better 2008. From all of us at RenewableEnergyAccess, we wish you a wonderful holiday season and a happy new year!