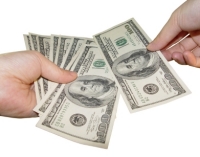 Here’s a breakdown of how much money various energy interests have spent on Lobbying over the last year. The data was compiled by OpenSecrets.org, a project of the Center for Responsive Politics.

And the top 25 Utility Lobbyists are:

And the top 25 Oil and Gas Lobbyists are:

And the top 25 Renewable Energy Lobbyists are:

All sectors combined spent $566,082 per member of Congress.

Here’s a 12-year breakdown of how much each sector spent. Renewables and fossil energy companies spent significantly less in 2010 than last year, while utilities spent slightly more.

Overall, companies and trade organizations representing various energy interests spent less money in 2010 compared with 2009. Of course, last year was when Congress was considering a comprehensive climate and energy bill; it’s probably no coincidence that all three sectors stepped up their lobbying efforts at that time.