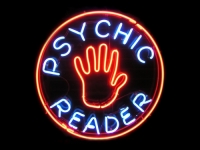 As 2013 begins, here at the Digest we resist the holiday temptation to look back over the challenges and highlights of the year gone by, and instead once again roll the dice as we list the Digest’s 10 Top Biofuels Predictions for 2013.

The US ethanol industry has reached capacity for distributing ethanol in the form of E10 blends and a cap under RFS2 at 15 billion gallons. Producers relying on E15 or blender pumps will find tough times in 2013, especially as Brazil’s sugarcane harvest recovery shuts off export markets in the deep South. E15 has too much consumer resistance and offers too convenient a rallying point for the anti-biofuels coalition — and there isn’t much federal money available for blender pump programs.

Actually, the blend wall has two pretty good solutions that we see gaining traction in 2013. First, we continue to see adoption of biobutanol as a viable option, if the technology shakes out its kinks. A 100 million gallon corn ethanol facility will produce roughly 80 million gallons of biobutanol, which will blend in at up to Bu16 rates. Second, we see corn ethanol producers shifting to alternative feedstocks and inputs to qualify themselves for RFS2′s advanced biofuels pool.

The coalition surrounding RFS2 has done an incredible job of protection in 2012. The opposing forces will make another effort in 2013, pointing towards, for example, low-cost natural gas, as a sign that RFS2 is not needed to produce domestic energy security.

We see RFS2 surviving the first half of 2013 intact, but the fall season looks tough — especially because corn ethanol producers, natgas-based technologies and algae developers have much to gain in opening up the RFS to fix problems in how feedstocks were defined.

RFS2′s biggest supporters — biodiesel producers who can fill the advanced pool., and cellulosic developers who value their cellulosic carve-out — will have their hands full holding off the forces of change.

They are, in order — Brazil, US, China, Indonesia, Malaysia. Project flow will increase dramatically in all five during 2013 – it’ll be slow going (onesey-twosey projects only) elsewhere. Why the Big Five and not others – a combination of capital, technology, infrastructure, will and – above all, available feedstock.

Our crystal ball tells us that Master Limited Partnerships will be approved for renewable energy in 2013 – opening up a new financing channel that has long proven successful in oil & gas. Elsewhere in finance, the difficulties will be less in midstream (processing technology) risk and downstream (offtakers), and more in the upstream (feedstock cost control). Where projects are well-hedged for the long-term on input costs, there will be action.

We don’t see much action in 2013 on the Digest’s proposal to establish federal bioenergy reserves (not dissimilar to petroleum reserves, only above ground), where growers will only be able to sell at fixed, affordable rates into the bioenergy market, in return for affordable land-leases that do not compete with food. But we do see the general principle — a recognition that land zoning is an appropriate way to deal with the feedstock problem – gaining recognition if not active legislative support,

It’s gas, gas, and more gas in 2013. Not just natgas – although low-cost natural gas will reduce costs for ethanol producers. No, we see a continuing surge in syngas. Fast pyrolysis, gas fermentation, micro F-T — the hottest companies for the year will increasingly be those like INEOS Bio, LanzaTech, KiOR, Velocys and others who are working with industrial gases and gasified biomass.

It’ll be another tough year for financing — this year, the pain will shift from cellulosic biofuels to the synthetic biology wave as they move from demonstrations to full-scale commercial. We see at least one major company failure in the synthetic biology space when it is unable to hit milestones fast enough to raise affordable capital. The problem? Too many predators and competitors are enjoying the hot sugary waters in the fermenters, and several companies have seen side-reactions knocking down their yields. The good news — we see several advancing, though almost exclusively in bioproducts than fuels until late in the 2010s.

Dozens of companies have now completed pilots around the world — only a handful of big combos like POET-DSM, Novozymes-Beta Renewables and DuPont (now incorporating Genencor) have emerged so far with the capital and technology for scale. We see the window narrowing. It looks like today’s Big Three, plus BP and Shell in Brazil, and one other player per region based on excellence with a given feedstock. Companies like ZeaChem, Blue Sugars and TMO Renewables have the inside track for the US, Brazil and China, respectively.

We see drop-in fuels continuing to find love among offtakers on every attribute but the price — it comes down to feedstock cost, again, because the drop-in fuels lose a lot of mass in the transition from carbohydrates to hydrocarbons. We see the solution not in high-cost fuels but in low-cost feedstocks — which puts waste-to-energy plays like Solena in the drivers’ seat, if the technology performs — and we see combinations like Aemetis-ARA-Agrisoma working wonders if the growers are sufficiently incentivized.

10. The Return of Carbon

Our crystal ball tells us that there is going to be renewed focus on carbon – though we see it as a change in the dialogue rather than an action point for 2013. With low-cost natural gas changing the game vis-a-vis energy security, and food vs fuel dialogue continuing to shape views on economic development into a difficult city vs country paradigm — it leaves carbon as biofuels’ enduring friend.

So – that places attention on California’s Low Carbon Fuel Standard, and concepts such as changing the standard of gasoline tax measurement to count carbon and fuel economy rather than gallonage. Carbon is an unpopular topic in the country right now — but as has been said on Capitol Hill this year (as with many New Year’s commitments to dieting) “the problem didn’t go away just because the will to do something about it did.”

We gave ourselves a full mark on merger activity (with the Green Biologics-ButylFuel merger taking care of that prediction early in the year), for selected IPOs going forward but many opting out of the process, the rise of downstream strategic investors as the go-to source for scale-up capital, momentum shifting to Asia, the lack of funding throughout the year for aviation biofuels due to an impasse in the House of Representatives, and a reduced Energy title in the Farm Bill.

We gave ourselves a half-mark in the surge in advanced biofuels capacity – counting new biodiesel we made our number, but scale-up slowed-down at companies such as Gevo and Amyris more than we anticipated; also, we earned only a half-mark for “carbon capture and re-use” replacing carbon capture and storage (for sure, CC&S is losing steam but CC&R has been remaining at pilot and demonstration levels). Also, we took a half-mark on the switch to biobutanol – certainly there was a surge in numbers joining early adopter groups, but deployment has been slower than expected.

We gave ourselves a zero on a revision in the US Renewable Fuel Standard — the industry successfully resisted an opening of the RFS2 for all of 2013 – though we see this as a difficult task to maintain the RFS2 in its exact present form through 2014. Kudos to the RFS2 supporters who proved us flat wrong.