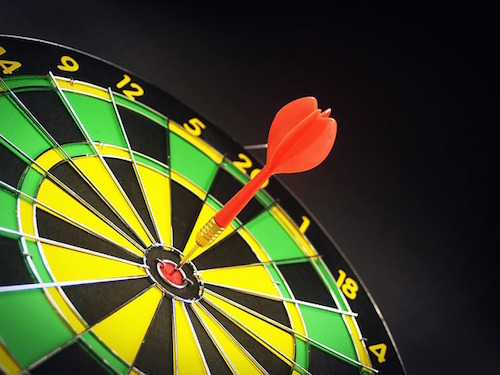 I was sitting in a small room 10,000 miles away from home in October of 2009 working for a developer focused primarily on geothermal energy. Two weeks before, my flight from the U.S. had been booked by an administrative assistant without even telling me I was going to leave the country in 10 days.

Six jet-lagged individuals, having traveled halfway across the globe just 24 hours earlier, were ushered into the room where senior management posed a simple question to the group.

Can we develop 100 MW each year in the U.S. from internal geothermal projects?

Now up until that point, the geothermal industry in the U.S. had been stagnant for nearly a decade until late 2005. Since then, new plants were starting to come online each year; but only a few. 2009 was the first time in two decades that the U.S. geothermal industry would put more than 100 MW online in a single year. But could we do it on our own?

There were tailwinds. In his first month of office that year, President Obama had passed through the Stimulus Package with unprecedented support for renewable energy, including generous support for geothermal energy. Utilities were interested in geothermal. The market was wide open.

I knew our project portfolio like the back of my hand. I was tasked with identifying every geothermal field in the U.S., studying how to get the land, to interconnect to the electric grid, to find an electric utility to buy the power, and to determine whether it could even be permitted.

Geothermal plants aren’t like wind farms or solar installations. Companies must spend millions of dollars to drill exploration wells. Even if they are successful, they have to prove that the hot water they take out of the ground can be re-injected back into the ground sufficiently to recharge the reservoir for the next 20 years. There’s a lot of uncertainty.

Can we build 100 MW each year for the foreseeable future? Only one person raised their hand. The rest of us kept our hands at our waists.

Geothermal projects are typically between 10 MW and 50 MW; with an average size of about 25 MW. 100 MW would require between three to five new projects completed each year. Given the development cycle for geothermal projects (5 to 7 years) we would need to initiate three to five new projects each year just to keep up; or at least acquire projects from other companies. And not all projects are successful. The failure rate is about 80 percent. So if you need three to five projects to be successful, you need to initiate 15 to 25 projects. The numbers were staggering.

Think of what goes into a project; there is the land acquisition, the exploration work; the permitting, the procurement of drilling contractors; the engineering and building of roads; interconnection and transmission, power marketing (I’m sure there are things I am leaving out). A 25-MW geothermal project costs about $150 million, and each project is complex. Developing just one new project requires thousands of hours of man-labor. If you’re lucky, one geothermal field can generate two phases.

In our efforts to spur growth, we were hiring as fast as possible. We were acquiring new lands, and gearing up projects in all phases.

Over the following six years, the company managed to bring online about 150 MW of new geothermal capacity in the U.S. from seven projects at five sites; about 25 MW per year — 25 percent of the goal, but still not bad.

Throughout my career, developing geothermal, solar, and wind energy, I have felt the pressure to line up as many projects as possible that are “shovel-ready,” with permits in hand, with access to interconnection, and a power sales contract in place or at least in negotiation. This pressure wasn’t unique to where I worked; it was felt industry-wide.

I’ve personally worked on 5 to 10 projects at a time. However, I’ve seen companies with 50 to 100 projects in their portfolio from multiple technologies in multiple states. Often these projects are no more than a spot on a map, negotiated by a third party with a landowner. I recall one meeting where we were discussing drill targets for a new geothermal project. The geologists had selected their first target on a geologic map. When we looked it up on Google Earth™ we found it was next to someone’s driveway!

Companies often rely on contractors to review the environmental issues; geotechnical issues; interconnection; and engineering and design. The company staff instead focuses on power sales and financing.

But is this the right approach? Any developer can pick up properties, but developing a project takes time and effort. It takes attention to detail. It takes strategy. Often times once a project secures a power sales contract and advances in interconnection, a rush begins to get all the surveys lined up, start permitting and engineering design.

Relying solely on contractors for all of this can lead to overlap, miscommunication, and mistakes. Significant time and cost might be spent before realizing that a big change is required. I have experienced horror stories where a project gets killed after several years and hundreds of thousands even millions of dollars spent.

When problems arise, staff is overworked trying to deal with myriad issues they weren’t prepared for. Neighboring landowners concerned about the project; environmental and permitting issues; additional costs not anticipated. I’ve seen plenty of my colleagues working long hours, taking little to no vacation, or when they are on vacation still joining conference calls and answering e-mails just trying to keep projects on track.

I’ve learned to become knowledgeable about my projects from the beginning; studying them, mapping them, and doing site visits as early and as often as possible. My goal was to be ready when contractors came on site to give them all the information they needed to avoid these issues.

I had the privilege of working for great companies; companies who achieved great success. But even those companies have run into these challenges.

Project success isn’t about who has the most acres under lease or even the most capacity under contract. It’s about getting involved with your projects early on, sweating the details, learning from mistakes, and solving problems to build projects on time and on budget.