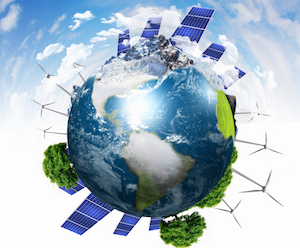 The International Energy Agency (IEA) today said that China, India and the U.S. will account for two-thirds of global renewable energy expansion over the next five years.

India is expected to more than double its current renewable electricity capacity, according to the IEA’s latest renewables market analysis and forecast. Solar PV and wind together represent 90 percent of India’s capacity growth as auctions yielded some of the world’s lowest prices for both technologies.

By 2022, IEA said, total global solar PV capacity will exceed the current combined total power capacities of India and Japan. New solar PV capacity grew by 50 percent in 2016, with China accounting for about half of the global expansion, IEA said.

“We see renewables growing by about 1,000 GW by 2022, which equals about half of the current global capacity in coal power, which took 80 years to build,” Dr. Fatih Birol, the executive director of the IEA, said in a statement. “What we are witnessing is the birth of a new era in solar PV. We expect that solar PV capacity growth will be higher than any other renewable technology through 2022.”

The IEA said that last year solar PV additions rose faster than any other fuel for the first time, surpassing the net growth in coal.