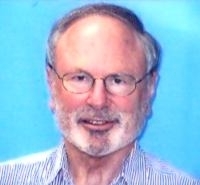 This country needs a good debate on energy policy. While there are many divergent views on what that policy should be, I thought it would be useful to begin my thoughts by identifying a set of “facts” on which most people can agree. So here goes.

I would start by recognizing that people do not value energy itself but rather the services that energy makes possible. These services include lighting, heating, cooling, delivery of clean water, transportation of people and goods, communication, entertainment and a variety of business activities. It follows that it is in society’s interest to provide these services with the least energy feasible, to minimize adverse economic, environmental and national security impacts. Energy has always been critical to human activities, initially in the form of human and animal labor and fire, but what differentiates modern societies is the energy required to provide increasingly high levels of services.

Population growth and increasing levels of per capita consumption will drive increasing global energy demand in the 21st century. While not preordained, this increase will be large even if the citizens of other countries do not achieve U.S. per capita levels of consumption. Important components of this increase will be in transportation, the fastest growing global energy consumer today (more than 90% of transportation is currently fueled by petroleum-derived fuels) and electrification, which increased dramatically in the 20th century and will increase in the 21st century as well. An important driver of this continued electrification will be the substitution of electricity for liquid transportation fuels.

Today’s world is powered largely by fossil fuels (coal, oil, natural gas) and this will continue well into the 21st century, given large reserves and devoted infrastructure. Nevertheless, fossil fuel resources are finite and their use will eventually have to be restricted. Cost increases and volatility, already occurring, are likely to limit fossil fuel use before resource restrictions become dominant and increasing geographic concentration of supplies in other countries raises serious national security concerns. In addition, the world’s current energy delivery infrastructure is highly vulnerable to natural disasters, terrorist attacks and other breakdowns and energy imports constitute a major drain on U.S. financial resources and allow other countries to exert undue influence on our foreign policy and freedom of action.

Fossil fuel combustion releases CO2 into the atmosphere (unless captured and sequestered), which mixes globally with a long atmospheric lifetime. Most climate scientists believe that increasing CO2 concentrations alter earth’s energy balance with the sun, contributing to global warming.

Globally, energy is not in short supply — e.g., the sun pours 6 million quads of radiation annually into our atmosphere (global energy use: 460 quads).

There is considerable energy under our feet, in the form of hot water and rock heated by radioactive decay in the earth’s core. What is in short supply is inexpensive energy that people are willing to pay for.

Renewable energy (solar, wind, biomass, geothermal, ocean) has significant potential for replacing our current fossil fuel based energy system. The transition will take time but we must quickly get on this path.

Accepting the above, I would recommend the following elements for a national energy policy:

I look forward to a stimulating debate, one which has been too long in coming.

Dr. Hoffman is Senior Analyst in the Office of Planning, Budget and Analysis/Office of Energy Efficiency and Renewable Energy, U.S. Department of Energy (DOE). During 2002 and 2003 Dr. Hoffman was detailed to serve as Senior Advisor to Winrock International’s Clean Energy Group, with special responsibility for water-energy issues. In 1990 he served as the DOE’s Associate and Acting Deputy Assistant Secretary for Utility Technologies, with responsibility for a US $300 million RD&D program (solar, wind, biomass, geothermal, hydropower, ocean, energy storage, hydrogen, superconductivity).

Dr. Hoffman has also served as U.S. Representative to and Vice Chairman of the International Energy Agency’s Working Party on Renewable Energy. He holds a Bachelor of Engineering Physics degree from Cornell University and a Ph.D. in physics from Brown University.