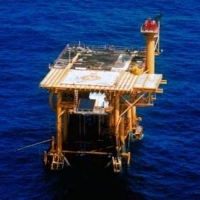 Following the latest efforts to plug the gushing leak from BP’s Deepwater Horizon oil well in the Gulf of Mexico, and amid warnings that oil could continue to flow for another two months or more, perhaps it’s a good time to step back a moment mentally and look at the bigger picture—the context of our human history of resource extraction—to see how current events reveal deeper trends that will have even greater and longer-lasting significance.

[Note, the full text of this excellent commentary was too lengthy to publish on RenewableEnergyWorld.com.  A link to the entire piece is available at the bottom of this article.]

The End is Nigh

There will be plenty of blame to go around, as events leading up to the fatal Deepwater Horizon rig explosion are sorted out. Even if further efforts to plug the gushing leak succeed, the damage to the Gulf environment and to the economy of the region are incalculable and will linger for a very long time indeed. The deadly stench from oil-soaked marshes—as spring turns to hot, fetid summer—will by itself ruin tens or hundreds of thousands of lives and livelihoods. Then there’s the loss of the seafood industry: we’re talking about more than the crippling of the economic backbone of the region; anyone who’s spent time in New Orleans (my wife’s family all live there) knows that the people and culture of southern Louisiana are literally as well as figuratively composed of digested oysters, shrimp, and speckled trout. Given the historic political support from this part of the country for offshore drilling, and for the petroleum industry in general, this really amounts to sacrificing the faithful on the altar of oil.

But it’s much more than that. It is a sign that we’re nearing the end of a trail we’ve been following for at least a couple of centuries now.

Once again, I must repeat: we’re not even close to running out of oil, coal, gas, or most minerals. But we face a convergence of entirely predictable but severe consequences from the depletion of the concentrated, high-grade resources at the top of the pyramid: less affordable and more volatile commodity prices; worse environmental impacts—cumulative, mutually reinforcing impacts—both from accidents and from “normal” extraction operations; declining resource quality; declining EROEI [energy return on energy invested] for fossil fuels; and the need for massive new investment both to grow production levels, and to keep environmental consequences at bay. And all of this is happening just as investment capital (needed to fix all these problems) is becoming scarce. In short, the monetary and non-monetary costs of growth have been rising faster than growth itself, and it looks as though we have now gotten to the inevitable point where growth may in fact no longer be an option.

The Deepwater Horizon disaster reminds us that, of all non-renewable resources, oil best deserves to be thought of as the Achilles heel of modern society. Without cheap oil, our industrial food system — from tractor to supermarket — shifts from feast to famine mode; our entire transportation system sputters to a halt. We even depend on oil to fuel the trains, ships, and trucks that haul the coal that supplies half our electricity. We make our computers from oil-derived plastics. Without oil, our whole societal ball of yarn begins to unravel.

But the era of cheap, easy petroleum is over; we are paying steadily more and more for what we put in our gas tanks—more not just in dollars, but in lives and health, in a failed foreign policy that spawns foreign wars and military occupations, and in the lost integrity of the biological systems that sustain life on this planet.

The only solution is to do proactively, and sooner, what we will end up doing anyway as a result of resource depletion and economic, environmental, and military ruin: end our dependence on the stuff. Everybody knows we must do this. Even a recent American president (an oil man, it should be noted) admitted that, “America is addicted to oil.” Will we let this addiction destroy us, or will we overcome it? Good intentions are not enough. We must make this the central practical, fiscal priority of the nation.

In my 2006 book, The Oil Depletion Protocol: A Plan to Avert Oil Wars, Terrorism and Economic Collapse, I laid out a simple formula that could guide us in systematically reducing our global dependence on oil. The same general plan could be adapted for use with all other nonrenewable resources. At the time, I naively thought that environmentalists would eagerly take up the idea, and that a few courageous politicians would champion it. So far, there has in fact been very little interest in the Protocol. It turns out that nearly everyone likes the idea of using less oil, but nobody wants to take the step of actually mandating a reduction in its production and consumption, because that would require us to dethrone our Holy of Holies—economic growth. It’s so much more comfortable to spout support for the intention to build more electric cars—a technology that in fact will take decades to gain even moderate market penetration.

Fair enough. But where does that leave us? In an oily mess at the bottom of the Gulf of Mexico… and entangled in what may be the ultimate Catch 22: We want more petroleum-fueled economic growth, but we hate what the pursuit of petroleum is doing to us (not to mention the environment), and it looks as though “more” may not be an option much longer in any case.

This article is an except of Richard Heinberg’s latest ‘Museletter.’  The full piece contains more than 4000 words of expert opinion that shows deep insight into areas of the Gulf Spill disaster that are rich for fruitful exploration. You can access the full article by clicking here.

Senior Fellow-in-Residence at Post Carbon Institute, Richard Heinberg is best known as a leading educator on Peak Oil—the point at which we reach maximum global oil production—and the resulting, devastating impact it will have on our economic, food, and transportation systems. But his expertise is far ranging, covering critical issues including the current economic crisis, food and agriculture, community resilience, and global climate change.

Author of nine books, including The Party’s Over, Peak Everything, and the newly released Blackout, Richard is regarded as one of the world’s most effective communicators of the urgent need to transition away from fossil fuels. With a wry, unflinching approach based on facts and realism, Richard exposes the tenuousness of our current way of life and offers a vision for a truly sustainable future.