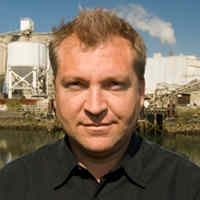 Despite this consensus on the dual threat posed by energy dependence and climate change, there has been and continues to be significant criticism of the government’s support of renewable energy technologies. While often recognizing the grave threat we face, skeptics argue that monetary support of a new energy infrastructure amounts to nothing more than government handouts to special interests and is an unacceptable foray into the market by the government. I often hear detractors say, “If it’s such a good idea, then why can’t it succeed without tax breaks?”

Before you believe the naysayers who lambast the government’s efforts at revamping our nation’s energy infrastructure, it is important to remember that over the last one hundred years the federal government has consistently provided financial support to promote the development of new energy technologies deemed critical to our national security and the national interest. As critics of government support of renewable energy so often ignore, over the last six years alone the fossils fuels industry has had a little help from the federal government — nearly $73 billion worth in tax breaks — while the renewable energy industry has received less than half that. Renewable energy technologies like wind, solar and biofuels should be entitled to the same government support and incentives as their coal, petroleum and nuclear predecessors currently still enjoy.

In earlier eras, policymakers always stepped up to support the development of our energy technologies because they understood that a diversified energy supply was crucial to our nation’s economy as well as our national security.

Take hydroelectric power, now the largest source of renewable power in the United States. In 1920, policy makers recognized that new sources of energy were vital to the national interest, leading them to create the Federal Power Commission as a way to spur the development of hydroelectric power plants. The result is a nationwide network of hydroelectric dams that provide our country with clean, domestically-produced energy.

Would the dams at the Niagara Falls or Grand Coulee have been built by a group of ambitious entrepreneurs and a handful of angel investors? Of course not. It took a combination of entrepreneurial spirit, back-breaking labor, long term vision and investments by the federal government to create a network of regional — and ultimately national — power generation facilities that literally supplied the energy for our country‘s growing economy and helped propel us to global leadership and prosperity.

Monetary support by the federal government also played a key role in the development of nuclear energy. While more than $100 billion of government-funded research went into the development of nuclear power for defense technologies during World War II, in the postwar era the federal government provided a combination of loan guarantees, R&D support, and tax incentives to help commercialize the technology for civilian use to further diversify the nation’s energy supply.

The important point here is that none of these industries would have reached scale without significant government support, including tax incentives, land easements, purchase/off-take agreements and other programs.

Today, our policymakers can easily do the same for our nation’s renewable energy industries as they did for the hydroelectric and nuclear power industries in earlier eras: make short-term investments that help make us more energy independent and safer in the long-term.

For example, the reasonable goals laid out in the 2007 Renewable Fuels Standard (RFS2) could be achieved by mandating up to five percent of each gallon of petro diesel be replaced with domestically-produced biofuel. The cost would be a maximum of three cents per gallon at the pump to consumers – an investment of $1.15 billion by the federal government.

The results would be tremendous for our country. A reduction of 27 million barrels of foreign oil over two years and retention of $2 billion that would otherwise go to foreign governments. Compare this relatively small government investment with the cost of the recent Cash for Clunkers program – more than $3 billion, a valid and helpful yet short-term influx of cash to our economy. With today’s biodiesel technology, we can create energy independence without increasing costs.

Volatile claims about why it is not the government’s place to support the development of new renewable energy technologies distort our national history by denying the crucial role that government support has played in building our country’s energy infrastructure. We need to move the debate, and our country, forward into a brighter energy future. The time for leadership is now, and biofuels can provide a significant pathway forward for a clean and strong America.

John Plaza is CEO of Seattle-based Imperium Renewables, which owns and operates a production facility in Grays Harbor County with a nameplate capacity of 100 million gallons per year.