It’s an interesting time to be involved with electricity. The power industry is on the verge of the biggest changes since the days of Thomas Edison and George Westinghouse. Recent breakthroughs around the world in power transmission systems have made it imperative for the U.S. to develop a more intelligent, flexible, long-haul transmission network that can carry renewable energy from remote locations to major population centers.

Today in the U.S., 33 out of 50 states have some kind of renewable standard. These renewable portfolio standards (RPS), and their corresponding deadlines for compliance, have significantly impacted generation spending.

Proposed goals for a national renewable portfolio standard vary from 12 to 25 percent. If the government enacts a national standard, experts estimate that incremental capacity additions of more than 300 GW will be needed. Transmission capacity for this new and mostly remote generation, however, does not exist. With an average construction schedule of 60 months to 72 months for a 500 MW, 345 kV transmission line, it could take well beyond 2025 to build the needed transmission lines.

The North American Electric Reliability Corp.’s (NERC’s) October 2009 publication, “2009 Long Term Reliability Assessment 2009 – 2018,” notes that although existing reserve margins are adequate across the U.S. for the next few years, the first priority must be to expand the grid and increase transmission capacity to handle expected renewable generation growth.

The report concludes by saying: “More than 11,000 miles (or 35 percent) of transmission above 200 kV proposed and projected in this report must be developed on time to ensure reliability over the next five years.” NERC strongly believes that construction siting is the most urgent issue for the electric power industry, now and well into the future.

If utilities are to harvest the vast renewable power potential in remote locations in the U.S., or anywhere in the world, they must be able to move it efficiently from its production point to cities and load centers where people live and work.

Although multiple major transmission projects are underway or nearing construction in the U.S., they are not enough to support RPS requirements. The two key renewable power transmission capacity expansion impediments are:

A look at a couple of examples of recent transmission successes in Europe and China provide an idea of what U.S. transmission could look like.

In the North Sea, 81 miles off Germany’s coast, the world’s largest offshore wind farm is connected to the grid using advanced HVDC technology. With HVDC cables lying both underwater and underground, the project’s environmental impact is minimized and the regulatory and siting procedures have been swift. The project connects wind generators and transmits power to a new substation on Germany’s coast. The power is then connected to the existing transmission grid.

The BORWIN 1 offshore wind farm demonstrates how HVDC can effectively accumulate power generated in remote locations and transmit it to load centers. Through the use of HVDC and wind generation, Transpower, the transmission grid operator, expects to avoid 1.5 million tons of CO2 emissions per year by replacing fossil fuel generation.

This summer, an even larger project was launched off Europe’s coast. ABB is working with Transpower to supply an 800 MW power link. This project will use HVDC Light technology to transmit power from the 400 MW Borkum West II wind farm (see Figure 1) and other wind farms to be developed nearby. The wind farms will be connected to an offshore HVDC converter station that will transmit electricity to the onshore HVDC station at Dörpen, on Germany’s northwest coast, via 165 kilometers of underwater and underground DC cables. The Dörpen/West converter station will in turn feed AC power to the mainland grid. At 320 kV, this will be the highest voltage level of extruded cable ever used for HVDC. State-of-the-art transmission technologies like these are integrating renewable energy sources efficiently, ensuring grid reliability and stability and lowering environmental impact.

China: Transmission Link Up and Running

China continues to set the example and lead the way in developing advanced transmission technologies that tap the power of renewable energies without many of the state or national obstacles faced in the U.S. or Europe. For example, ABB recently worked with the State Grid Corp. of China (SGCC) to create the world’s first ultrahigh-voltage direct current (UHVDC) transmission link for commercial operation. ABB believes this project represents the world’s longest and most powerful transmission link (see Figure 2).

The ±800 kV Xiangjiaba to Shanghai UHVDC link can transmit up to 7,200 MW of power from the Xiangjiaba hydropower plant in southwest China to Shanghai, the country’s leading industrial and commercial center, which is about 2,000 kilometers away in eastern China. The new link can meet the electricity needs of about 24 million people and sets a new benchmark in terms of voltage levels and transmission capacity, superseding the 600 kV Itaipu transmission line in Brazil, which was also developed by ABB.

The high-capacity power link comprises a single overhead line and occupies less space than the existing system. Moreover, transmission losses on the new line are less than 7 percent; considerably less than the existing 500 kV system. The electricity saved is equivalent to the power needs of around one million people in China.

UHVDC transmission is a new and expanded development of HVDC. It is particularly suitable for vast countries like China and India, where consumption centers are often located far from power sources, including renewables.

While in other parts of the world, governments, regulators, utilities and industries are working toward common goals, many transmission projects in the U.S. have not yet overcome regulatory hurdles.

The good news is there is proof that things can be done differently. In Texas, utilities, multiple regulatory agencies, generation companies and reliability councils are working together to execute a Public Utility Commission (PUC) order effectively, timely and fairly. Hallmark to this activity is the PUC-driven coordination between transmission and generation stakeholders. When completed by the end of 2013, this Texas CREZ (Competitive Renewable Energy Zones) initiative should result in incremental addition of more than 5,000 miles of high voltage AC transmission, allowing 18 GW of renewable generation to be reliably moved from west Texas into Dallas, San Antonio and Austin.

The PUC provided stakeholders with guidelines and protocols, assuring them that neither generation nor transmission investment will be “stranded.” This was done to provide generation stakeholders the assurance they need before building new wind generation.

The bottom line in Texas is that these projects got off the ground in a matter of years, not decades.

Swift regulatory and siting procedures, fair cost allocation and political courage to execute are needed to resolve key obstacles delaying renewable energy and related transmission build out across the U.S. and other nations grappling with this issue.

A progressive PUC, like the Texas PUC, and cooperation between the various regulatory agencies that have agreed on common goals and executed the reviews and permits needed to keep schedules on track, can lead to success.

Idaho Gov. C.L. Otter recently said, “The recent economic recession has slowed the growth in demand for electricity, but we cannot squander this opportunity to address future needs. It is clear that coordination among states, the federal government, all segments of the industry and non-governmental organizations is essential for the region to meet its clean energy needs.”

The Texas CREZ is an excellent example of how things can get done in the U.S. A visionary PUC with political support, a coordinated regulatory process, and the courage by everyone involved combines for a favorable environment for sustainable renewable power growth. This model can, and hopefully soon will be, applied across the U.S. as it is elsewhere. 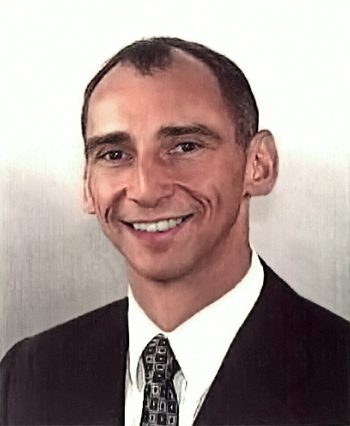 Once a fast track, integrated renewable power and transmission strategy is set in motion, the U.S. will meet its RPS targets and be positioned to take full advantage of these rapidly-growing transmission technologies, systems and capacity already being built and implemented elsewhere throughout the world.

Martin Gross (left) is the global head of grid systems business for ABB. Prior to being appointed to the role earlier this year, Martin was region division manager in North America and local division manager in the U.S. for the power systems division of ABB. Martin has been with ABB in various leadership roles since 1986.

This article was reprinted with permission from POWERGRID as part of the PennWell Corporation Renewable Energy World Network and may not be reproduced without express written permission from the publisher.