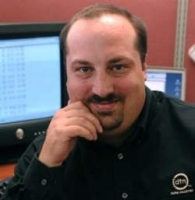 Amidst high fuel costs and a governmental push to become less dependent on foreign oil, the United States has launched one of the largest renewable fuel efforts in the world — rivaled only by Brazil. But unlike Brazil, the U.S. was ushered into the renewable fuels era utilizing corn crops as the primary input. Although corn was relatively cheap during the early phases of the U.S. ethanol boom, rising commodity and food prices have placed increased urgency on the development of cellulosic or second generation ethanol.

Currently, the United States has 162 corn-based ethanol distilleries in operation with an additional 41 plants under construction and approximately five to 10 that are undergoing expansions. According to recent reports, the U.S. ethanol capacity has risen to 9.4 billion gallons replacing approximately 7 percent of the nation’s gasoline. With the number of current operating plants we are on mark to quickly reach the 15 billion gallon cap on corn-based ethanol mandated by the Renewable Fuels Standard (RFS). But as we all know, the RFS has mandated the overall production of 36 billion gallons per year by 2022, which leaves a sizable gap that will need to be filled by second generation ethanol.

Although there is already a demand for cellulosic ethanol, there are no commercial, second generation ethanol plants currently in operation. There are projections that the first commercial cellulosic ethanol plant could be operational in a matter of two to three years; however, there are significant challenges the industry must undertake before a successful evolution to second generation ethanol can occur.

The first challenge will be a consolidation of technology and uniformity amongst plants. The corn-based ethanol industry has been more than 25 years in the making. Along the way to our current state of mass production, many changes occurred in infrastructure, technology, plant development and operations to increase efficiencies and make the industry commercially viable. Today’s corn-based plants use one of two methods in creating ethanol — wet milling or dry milling — and although the processes are not identical at every plant, they are similar.

With second generation ethanol there has yet to be a set of standardized technologies proven to be the best or most efficient. The industry is experiencing a true disconnect with research and developers experimenting with countless types of processes. This is partially due to the fact a second generation ethanol plant should have the ability to use whatever type of input is most readily available. The popular current methods include biochemical (enzymatic and fermentation), thermo-chemical (gasification and carbohydrate reforming) and hybrid (gasification and fermentation).

The situation is similar to the battle between VHS and Beta tapes or to the more recent struggle between HD and BlueRay DVDs. Eventually, one or two of the best methods will need to push their way to the front as the industry favorites.

At this time, there has yet to be one method that has proven on a commercial level. So although the industry is sure to shift to second generation ethanol, the reproduction stage is expected to be relatively slow.

Other challenges will need to be addressed in the industry’s infrastructure. Similar to the struggles the current ethanol industry is facing, new plants will have to overcome the logistical problems with transportation. Particularly, cellulosic plants will have to find a way transport increased input capacity. On average, a first generation plant would have to transport approximately four tons of corn per acre, but with inputs like switch grass or woodchips this volume could increase by as much as 20 to 30 tons of input per acre. This increased amount of input will need to be transported to the ethanol plant — most likely by truck — which will have an impact on an already strained transportation system and arterial road system around the ethanol plants.

Once transported another challenge will be the storage of inputs. There is a laundry list of items that researchers are currently experimenting with as ethanol inputs and as a result, each plant is going to need different methods to accommodate the storage of various items. For example, a woodchip plant will look quite different than a plant using residential wastes and will each require unique storage facilities.

Corn-based ethanol plants had the advantage of using an input with an established system with set protocols to not only store the product year round, but also to transport that product from the field to the storage facility. Grain elevators will not likely begin storing a random assortment of inputs such as switch grass and wood chips to accommodate a small number of cellulosic ethanol plants. Each plant will have to plan on procuring and storing its own supply of the necessary inputs.

A Move toward Hybrid Plants

There are a few well-established ethanol companies already producing corn-based ethanol that have begun building and integrating second generation technology into their existing plants. One ethanol company has begun expansions on a current plant to produce ethanol from both corn and corncobs. This hybrid plant would accept corn inputs at one side of the plant and corncobs on the other, and use both inputs to create one finished product.

The expansion of established corn-based plants to incorporate second generation ethanol production into their current operations might be best first step to successful commercialization of cellulosic ethanol. Granted, there will be some companies that strictly produce either corn-based or cellulosic ethanol; however, an integration of the two or the creation of hybrid plants might create the most amount of momentum for the cellulosic ethanol industry during the next two to three years.

As the necessary evolution occurs shifting from the U.S. from first to second generation ethanol there are still many unknowns that have been yet to be determined. Finding the most efficient production and technological methods and overcoming infrastructure hurdles will be the first task at hand for the industry. As the emphasis on and urgency for cellulosic ethanol continues to grow it is important that the research and developers share discovers to ensure the U.S. is able to create a strong commercial cellulosic fuel industry.

Rick Kment has more than 15 years of experience in the agribusiness industry. As an industry analyst, Kment writes ethanol market comments for DTN and provides other ethanol and biofuels commentary and analysis, as well as assists with shaping biofuels news coverage and serving as a biofuels expert at industry seminars, tradeshows and other public events. His commentary has been feature by the Wall Street Journal and the Dow Jones newswire. Kment’s diverse experience has allowed him to obtain a hands-on approach to the ever changing biofuels and agriculture industry.