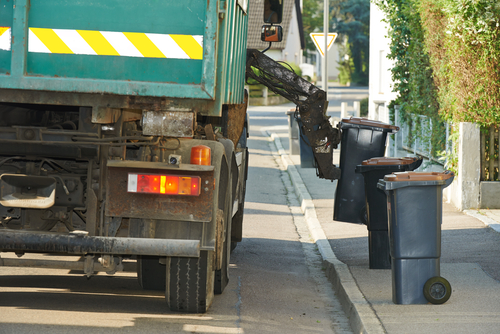 Municipal solid waste (MSW) is one of the most abundant resources available in urban areas. MSW’s chemical composition and energy potential are very appealing for large volume conversion into clean renewable electricity and other sustainable products. The various paths that exist to achieve this conversion depend on the feedstock and include anaerobic digestion, transesterification, and multiple thermal conversion technologies, to name a few.

For several decades now, waste has been used as the primary feedstock to produce electricity at many incineration facilities in Europe and around the world. Japan has many successful deployments of megawatt scale waste-to-energy (WTE) power plants. Ebara Environmental and JFE Engineering are two examples of successful providers of WTE technology. However, most of these WTE plants were designed long ago when environmental standards were less strict than what most countries would require today.

Today’s more stringent emissions requirements around the world favor gasification over incineration when paired with best available (emissions) control technologies or BACT, as mandated by the U.S. Environmental Protection Agency’s Clean Air Act – most developed countries have similar regulations. Gasification is a thermal process that converts solid waste into a gas, more specifically into synthesis gas or syngas, which is a precursor of chemical products including fuels.

From several standpoints, it makes sense to turn waste into clean transportation fuels as a transition from fossil fuels and as an alternative to current landfilling practices. Producing fuels from waste decreases the need to extract fossil oil from the earth. Potential spillages are eliminated. Also, significant methane emissions from landfills are avoided. And, as an added bonus, renewable fuels from waste can be cleaner with higher engine performance than fossil-based fuels.

Building waste-to-liquid fuels (WTL) plants has been historically challenging. The heterogeneous nature of waste, which can vary daily or seasonally, poses a level of design difficulty that can significantly affect the cost of a plant. Many renewable energy companies that have focused on new design approaches using new technologies have struggled to finance their projects. Investors are not willing to risk their money on technologies that have not yet been proven at large commercial scale.

Recently, things have been looking up, and we can start envisioning solutions for conversion of waste into fuel becoming a reality. Earlier this year, Fulcrum Bioenergy awarded a $200M contract to the engineering firm Abengoa for the construction of their Sierra Biofuels plant, in Nevada. The plant, scheduled to open in 2017, will process 200,000 tons of waste and produce 10,000,000 gallons of jet fuel per year.

In Canada, Enerkem’s Alberta Biofuels plant designed to produce methanol was inaugurated in 2014 with commercial operations expected any day now. The plant has also 10 million gallons of methanol and ethanol per year capacity. Enerkem’s plant design uses post-sorted municipal solid waste (after recycling and composting) as feedstock.  European company Neste Oyj, majority owned by the State of Finland, is the largest producer in the world of renewable diesel and aviation fuel derived from waste and residues (waste animal fat or palm fatty acid distillate).

Joining this group is Shift Energy, which is trying to change the paradigm with a new approach for its renewable fuel plant in Northeastern Brazil by focusing on the environment and job creation for a vulnerable sector of the population. Its first plant will convert 730,000 tons per year of MSW into 30.6 million gallons of renewable fuels. The project seeks to be the first one to avoid reliance on government subsidies or tipping fees for its economic model. The design also focuses on zero environmental impact. Shift Energy has secured land and strong government support and plans to start construction in early 2016.

We are finally seeing important developments in the WTL world. As these projects are based on Triple Bottom Line principles at their core, one can only hope investors will follow the lead.