Investment in New Energy and Energy Efficiency in 2009, at $162 billion, was 7% below the previous year. Considering the extent of the worldwide recession, that is a remarkably small decrease. Investment in biofuels and solar power plants was off more significantly. Investment in wind energy, however, set new records.

There is little doubt about the most striking 2009 New Energy (NE) and Energy Efficiency (EE) statistic: Investment in China grew 53%. The world invested $119 billion in NE/EE in 2009 and China got $33.7 billion of it.

For the first time, investment in Asia/Oceania’s NE/EE ($40.8 billion) was greater than that in the Americas. Investment in Europe’s NE/EE was down 10% ($43.7 billion).

On the strength of total investment in China greater than investment in the U.S., China’s installed NE capacity increased 37 gigawatts (GW) in 2009.

The more important numbers are found in the amount of recovery money that was dedicated internationally to NE/EE investment ($188 billion) versus how much has been spent (9%). That leaves 91% of $188 billion to be invested in 2010 and 2011. With $170+ billion in stimulus funding ready to go to work in NE and EE over the next 18 months, there is likely to be a lot of action. ::continue:: 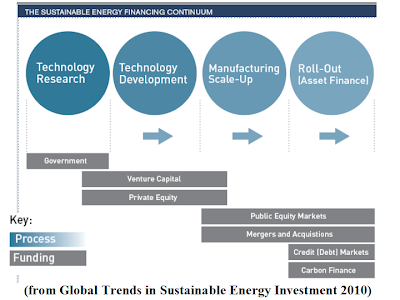 The recovery has hesitated in 2010’s Q2, with markets volatile in response to international economic turmoil and government economic policies compromised by political pressure to cut deficit spending. But the impact of the remaining 91% of that $188 billion NE/EE stimulus money should be interesting to see. 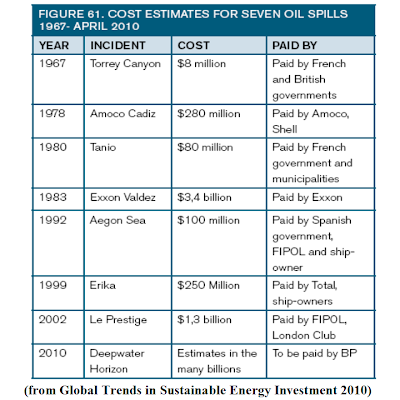