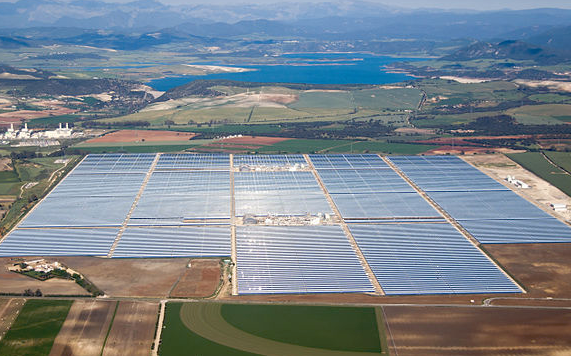 Historically and in essence, electric utilities simply do not buy 20- to 25-year energy generation technologies. In fact, utilities and public works organizations seldom if ever build on such a short time schedule. It is simply not practical or profitable to build a 25-year coal, nuclear, oil, gas or hydro project. Utility infrastructure development, engineering and construction do not lend themselves to short-term energy generation, financing or thinking.

There could be a message in this for the solar PV industry, where the present 20- to 25-year model is an anomaly that is slowing progress for the industry on our road to maturity. While price pressure has driven the industry thus far, is it possible that a number of important issues have been ignored?

Our logic flows in the following process.

A project is planned; land is identified, tied up either in purchase or lease; and entitlements and other agreements are secured that include long-term agreements for and with utilities, grid operators, government agencies and others. The project is then put up for EPC bidding, designed, graded and fenced; roads and substations are built, all taking a substantial amount of time, energy, effort and fiscal resources.

This does not include the base PV plant itself, which is also complex and expensive.

After all of this effort, the plant itself is often compromised in a rush to deliver an energy generator that’s primary focus is on being inexpensive. Slim specifications are generally assembled for EPC bidding that places the vast majority of decisions in the hands of the EPCs, not the owners. The challenge here is that if you have five EPCs bidding, the owner can or will end up with five different plant offerings. It may not necessarily be the best offering for the best plant life or levelized cost of energy.

Historically, the traditional values utilities require in projects include reliability, availability, maintainability, testability, and safety, which in the PV industry today tend to become secondary or tertiary issues. In essence, if it isn’t clearly detailed and required in the project specification prior to design, owners should not expect these traditionally valuable items. This is not negligence due to the EPC, it is simply because they were never required in initial bidding documentation.

Today, specifications for PV plants are minimal, whereas for all other energy generation technologies, they tend to be quite detailed and specific. This raises and supports a number of questions as to: “Is this the right model for a viable long-term and cost-effective approach to delivering energy?”

At the beginning of the existing approach, insufficient weight and discussion is given to what happens in years 10, 15 and 20, much less year 26 if any. This assumes that the plant actually lasts that long. In fact, if the plant has not been designed for a fuller more robust life: “What are the odds that plant will actually meet the initial design life?”

Issues of repowering are presently considered esoteric, something to be discussed over a drink, however not important enough, seemingly, to be a key element of the planning process. If this were not the case, then each PV project would include a repowering and a detailed site restoration plan.

Once all of the preliminary work has been completed and a plant has been built, how many issues were not given the full attention that they might have been if it was any other energy generation technology?

We proposes that this issue becomes a greater part of the discussion in the PV industry and that the existing business model be challenged. That challenge should result in a new model that is more preemptive in nature. After all, once you’ve put that entire infrastructure in, “How much more does it cost to meet existing utility requirements versus tearing the plant out between years 12 and 25 or having to do a major rebuild?”