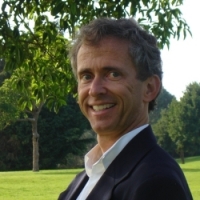 Things are looking sunny for the solar industry, but it’s not out of the woods quite yet. Even with tax incentives and rebates, cost is still a major factor for many. The $25,000 – $30,000 price tag for the average solar system remains a fair chunk of change for most, and a shortage of silicon limited production and increased prices for panels in 2006. But these limitations are temporary.

Producers are ramping up production, financing is improving, and costs will fall as production continues to increase. According to the Solar Energy Industries Association (SEIA) , the cost of electricity produced by solar panels will drop to about 8-9 cents per kilowatt-hour in the next ten years, low enough to compete with natural gas or coal.

To ride this green wave, eco-entrepreneurs are pursuing a plethora of opportunities.

One such opportunity for eco-entrepreneurs lies in breakthrough technologies that drive down the price of solar. Companies such as Solaria are concentrating the sun’s energy with mirrors onto a small area of panels, reducing the cost of the overall system. Another solar strategy being developed by technology startups like Flisom and Powerfilm is to produce flexible thin-films that can coat a surface to produce electricity. Others are developing utility-scale solar power systems that heat water or oil to generate electricity.

In addition to creating the technologies of tomorrow, there are plenty of other opportunities for solar today. As production of solar power continues to grow and becomes increasingly competitive with electricity from other sources, who is going to install all of these systems? Today, most solar systems in the U.S. are installed in the states with the biggest rebates and tax incentives. If more states join in, or nationwide incentives become more attractive, expect the solar wave to spread across the nation, creating opportunities for eco-entrepreneurs to install the panels as fast as the industry can produce them.

And who is going to be up on the roof doing the actual work? It won’t matter how many panels are produced if there are not enough trained workers to install them. Solar companies are already running into a shortage of trained, qualified people. The ideal worker has a strong background in construction and electrical skills, with certified training specific to solar systems. Gerald Zepeda at Sun Light and Power says, “We often hire people with construction, plumbing, electrical, or similar experience and train them ourselves,” helping them achieve certification by the North American Board of Certified Energy Practitioners (NABCEP).

Van Jones, Executive Director of the Ella Baker Center for Human Rights, may have one answer for deploying renewable energy in America’s cities and keeping the green wave growing. Millions of people in the cities left behind by economic and environmental progress provide a ready pool of renewable energy workers, given the right training. Training people for new “green collar jobs” installing solar panels will keep the solar power growing, and get these people on track to rewarding careers and lives. As Jones says, they are not just creating jobs, but building “green paths out of poverty.”

Eco-entrepreneurs can create training programs that provide the solar industry with the skilled workers it needs. Solar installers are doing their best to train the workers they need, but cannot keep pace on their own. Universities, community colleges, vocational schools and others are building renewable energy programs, but also find it challenging to keep up with demand. Eco-entrepreneurs should look for opportunities to align with solar companies that want to outsource their training to focus on what they do best, putting in solar systems. One of the bright points in the energy bill just signed into law is that it will provide as much as $125 million dollars to grants to train tens of thousands of workers in green collar jobs. It’s just a start but from the solar industry perspective, but according to Zepeda , “it’s a step in the right direction.”

The opportunity does not stop with solar. Wind power, energy efficiency technology, and biofuels are all growing at a similar explosive pace. By one estimate, renewable energy in general already employs 8.5 million people in the US and might employ as many as many as 40 million people by 2030, accounting for a big chunk of the US economy as a whole. The environmental challenges we face are great, but the opportunities for eco-entrepreneurs willing to take on these challenges are limitless.

Glenn Croston is a biologist, father and author fighting climate change and working toward a greener world at home and at work. Currently he is working on 75 Green Businesses You Can Start to Make Money and Make a Difference, a book that lays out paths for innovative eco-entrepreneurs to join the booming green economy in renewable energy, green buildings, food, water, services, transportation, farms, and other areas, scheduled to come out with Entrepreneur Press in 2008. Glenn holds a PhD in biology from the University of California, San Diego.