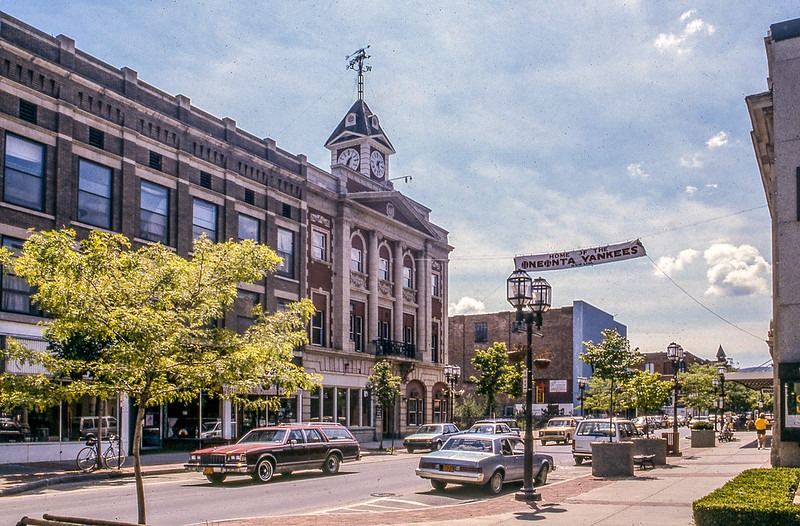 Above the earth’s surface, temperatures change with each passing season. Below-surface temperatures remain consistent and can be captured with geothermal systems. An idea has emerged that, using existing water mains, could empower more communities to take advantage of the “earth heat” trapped below.

In this episode of the Local Energy Rules Podcast, host John Farrell speaks with Jay Egg, a geothermal expert, about the potential of minimizing the carbon footprint of heating and cooling buildings by adapting water mains to capture the heat just below the Earth’s surface. They discuss successful geothermal projects in Canada and the triumphs and challenges of projects in the U.S.

Listen to the full episode and explore more resources below — including a transcript and summary of the conversation.

Jay Egg is an author, educator, geothermal consultant for the Department of Energy, and owner of his own firm, Egg Geothermal. Egg Geothermal publishes essays on the power of geothermal energy, provides a landing page for geothermal projects nationwide, and showcases books that Egg wrote.

At the start of the interview, Egg discusses a case study conducted at a Valley Stream, New York elementary school from 2015 to 2018. It was a landmark project that allowed the school to tap their potable water main to heat and cool the school. After completing the study, they released a report that Egg describes as a great resource for future geothermal projects — including his current project in Oneonta, New York.

Farrell mentions hearing the phrase ‘water energy nexus’ when talking about geothermal energy, and asks Egg to explain. Egg says that water is the best medium for heat exchange in the world and that this nexus is any system that has to do with water that receives that heat energy.

[A] river is part of the water energy nexus. All you have to do is put your devices, your air conditioning exchangers, to exchange heat with that. [The river will] provide all the heating and cooling you need.

The part of the nexus that Egg is interested in is the system of pipes feeding houses in a city: the water main. Here, the interaction between the water source, water use, and water recycling neglects the heat energy that water dispels or absorbs from the earth. Unlocking that resource is key to a cleaner future, Egg notes.

A new approach to geothermal

Egg’s approach to geothermal is different, Farrell mentions, because the utility opted to tap into an existing underground system: the water main. The ground beneath the earth’s surface remains a relatively constant temperature year round, as does the temperature of water mains, despite seasonal changes. Geothermal systems use the ground’s constant temperature to extract heating or cooling. Traditional geothermal systems require trenches to install ground loops to harness the heating and cooling potential. The school instead opted to use a spur from the water main to harness the energy of the water main, saving $600,000 by not drilling boreholes.

The water from the spur goes through a double walled heat exchanger to provide the school’s heat and cooling, but the water is never actually used by the school. If the water was recirculated, other water utility customers could use the water even after it has gone through the school’s geothermal system. Egg sees this extension of water utility service as harnessing the valuable energy that flows beneath cities everyday.

One example of larger-scale water main geothermal that Egg comes back to often is in Toronto. The city of Toronto installed heat exchangers on its water main 15 years ago that are still in operation, providing air conditioning to the downtown area.

[Water main geothermal is] not new. It’s just that we’re having a little trouble getting folks to come together on that.

The recent proposed geothermal project in Oneonta, N.Y. was brought about when City Engineer Greg Mattice and City Manager George Korthauer approached Egg with an idea. The city had the idea to connect their water main to a geothermal heat exchanger during recent improvements to the city’s Main Street water line.

Incorporating geothermal heat pumps into a residential water main is simple, explains Egg. Small modifications to an existing water main converts the piping to allow for an exchange of heat energy. The process is similar to how AC/HVAC systems operate to remove or generate heat.

Egg’s work in Oneonta has run into legal problems: state laws restrict the usage of potable water through heat exchangers. According to the New York Division of Environmental Health and Protection, this could pollute the water. Egg disagrees, saying that “perhaps somebody should tell that to Toronto, since they’re doing it.”

It takes a lot of work to actually open your mind, to get a process going, but these are the things that change the world when people will step up and do it.

When Toronto changed to geothermal, the community, the water utility, and businesses all saw savings in heat energy. Those savings also reduced the reliance on electricity or gas, which would have been used to heat or cool homes.

Water utilities prefer to keep hardware that manages water flow in their control. In the case of installing geothermal on a water main, Egg says that the most likely option is the addition of a heat exchanger near the water meter of each building. This exchanger would be easily accessible by the utility and would connect to the water lines responsible for heat absorption.

The heat exchanger would use one unit of electricity to extract and distribute several units of heating and cooling from the water. A heat pump would then deliver cooled or heated air from the heat exchanger throughout the building, but for a fraction of the energy cost.

Egg says the small upgrade far undercuts the price of digging up the earth and installing ground loops. Those savings would pass right to the water utility and their customers.

Certain issues, like lines that could freeze over in particularly cold climates or communities that need greater cooling capacity during hot summer months, need local solutions. Egg says that these circumstances are where the experience of engineering firms like his would be paramount.

Compared to other sources of heating and cooling, Egg says that geothermal energy has a much diminished carbon footprint. Given the rise of clean, renewable electricity sources, the small amount of electricity required for heat exchange can be even less carbon intensive.

The rise of Egg’s type of geothermal energy in the U.S. has seen many roadblocks, but he assures Farrell and the listeners that he still has hope. He and many others are working tirelessly to change the policies, engineering, and perceptions surrounding this groundbreaking technology.

See these resources for more behind the story:

For concrete examples of how cities can take action toward gaining more control over their clean energy future, explore ILSR’s Community Power Toolkit.

This is episode 111 of Local Energy Rules, an ILSR podcast with Energy Democracy Director John Farrell, which shares powerful stories of successful local renewable energy and exposes the policy and practical barriers to its expansion.