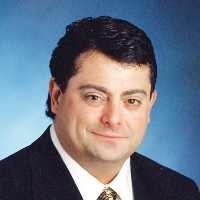 It’s one of the busiest travel seasons of the year and it’s almost here. The Thanksgiving holiday is notorious for crowded airports, long lines and flight delays. And while you may not be flying on an airplane powered by alternative fuel to get to Thanksgiving dinner this year, scientists are studying the possibilities now more than ever.

With more than 75,000 scheduled commercial flights per day in the world, finding an alternative fuel source is crucial. The aviation industry produces only about one-ninth as much carbon dioxide as motor vehicles do. But, because these gases have a much greater impact on the upper layers of the atmosphere, scientists say the potential for danger is that much greater. As the aviation industry grows and newer aircraft are produced that can fly quieter and farther, alternative fuels that can power these flying machines would likely be the next logical, eco-friendly step in their development.

The airlines are actively working to reduce their emissions. Over the last 30 years, U.S. car manufacturers haven’t cut motor vehicle emissions at all — while civil aviation has cut its environmental impact by 70 percent (as measured per passenger mile).

In addition, the industry is eager to continue its aggressive carbon-cutting measures. The Air Transport Association wants to cut emissions by 30 percent per passenger by 2025. Meanwhile, the Commercial Aviation Fuels Initiative (an alliance of industrial companies, university researchers and various government agencies), is working to establish a purely biological jet fuel by 2013.

Jet fuel has to be very energy-dense since a plane has limited volume and weight capacities in its fuel tanks, and a fuel containing less energy will reduce the aircraft’s range. This is a huge technical challenge facing engineers and designers because this means ethanol and other currently available biofuels won’t work as jet fuels.

Another dilemma is the impact this would have on the farming industry. Ethanol and other biofuel crops can’t be cultivated in large enough quantities for the volume of fuel required. According to some estimates, we would need to convert the entire continental United States over to corn production if we wanted to fly airplanes with corn ethanol.

The aviation industry is intensely studying “second generation” biofuels, such as nut oils from jatropha curcas (Barbados nut) and babassu. These oils are more energy-dense than ethanol. As a bonus, many of these oils cannot be consumed by humans, so we wouldn’t be making fuel from food.

Even these oils can’t supply all of aviation’s needs, though. Most industry experts agree that the best long-term solution is likely to come from algae. The benefit to algae is it can produce an oil yield up to 15 times that of other biofuel plants. In theory, every airplane in the world could be supplied by a total cultivated area the size of West Virginia. The other advantage is that some algae actually consume greenhouse gases during their cultivation, rather than producing it (as corn ethanol production does).

“Airlines, along with airframe and engine manufacturers, have made enormous strides regarding efficiency, but the industry still runs on oil,” said Seth Kaplan, managing partner of Airline Weekly, an industry publication. “It makes environmental and economic sense to reduce dependency on this one commodity, and whoever can develop a viable alternative will have a lot of eager customers.”

A huge amount of money is about to be spent on incorporating biofuels into aviation. The solution that emerges will be deployed on a worldwide scale and the company that creates that solution will be the next big name like Microsoft or Google.

James DiGeorgia is editor and publisher of the Gold and Energy Advisor Newsletter and the author of the book, The Global War for Oil.