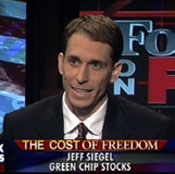 So the Democrats finally took Congress, and Wall Street is enjoying a quick spike in select renewable energy stocks. Once again, investors are reacting in an irrational manner.

Under the assumption that a Democrat-led congress may put increased pressure on environmental policy, renewable energy stocks headed north. Ethanol stocks especially, like Pacific Ethanol (PEIX:Nasdaq), Verasun (VSE:NYSE) and Alternative Energy Sources (AENS.OB) shot up significantly following the election. Granted, with Nancy Pelosi moving into the Speaker’s seat, environmentalists are looking forward to a shot at finally getting some global warming legislation moving. Market-based CO2 emissions trading systems could in fact now become more than just another pipe dream for wide-eyed interns and optimists in DC. Despite an insatiable appetite for oil-soaked payola, most politicians in Washington, Democrat or Republican, know that the only way to secure their jobs in the immediate future is to support the type of legislation that will strengthen our domestic energy infrastructure. And renewables are a sizeable chunk of the solution. So it was no surprise to find nearly every campaigning mouthpiece in this past election talking up some kind of renewable energy alternative. But while the voting public is no longer completely unaware of the energy and security crisis that is upon us, most still haven’t a clue as to just how urgent it really is. And it’s this pressing crisis, not just a midterm election, that will prove the renewable energy markets to be the most profitable within the next decade. Energy Woes Spawn Profits Earlier this week, the International Energy Agency (IEA) called on governments to curb growth in energy demand, warning that the world’s energy supply is rapidly running out. IEA predictions point to a 53 percent surge in global energy needs over the next 25 years and oil prices running in excess of $100 a barrel by 2030. I suspect we’ll see it much sooner that! The IEA noted that, mostly because of higher oil and gas prices, the cost of satisfying the world’s energy through 2030 has risen by $3 trillion a year, and governments and companies will now need to spend $20 trillion in 25 years to succeed in meeting demand. That’s roughly the collective GDP of the US, Japan and Germany — the world’s three largest economies. The fact is, there’s no way oil and gas producers will be able to meet the rising global demand. Peak oil is real, and the free market is seconds away from validating the cost competitiveness of alternatives. So now, as we see renewable energy stocks get a brief respite from a much needed correction and manipulated declines in oil prices, the real winners on Wall Street will be those who can see beyond these temporary — and sometimes superficial — blips, and continue to take long positions in those renewable energy sectors that will deliver the types of gains savvy investors use to build fortunes. About the author… Jeff Siegel is the managing editor of GreenChipStocks.com, an investment advisory service that focuses solely on renewable energy and organic food markets. He is also a contributing editor to WealthDaily.net and EnergyandCapital.com.