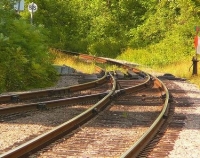 As a shareholder of Magma Energy Corp. (MGMXF.PK), I’m reading through the joint information circular [PDF] on the proposed merger of Plutonic Power Corp (PUOPF.PK) and Magma to form “Alterra Power Corp.” I’m not thrilled with the merger, although I plan to vote for it, now that it’s arranged.

Overall, I think the merged Alterra will be a stronger company than either company alone. Both companies are in capital intensive niche Renewable Energy industries, so the added scale and diversification of Alterra should better enable the merged company to borrow money to finance projects at lower rates. Obtaining financing at favorable rates is essential to the profitability of renewable energy projects.

My misgivings about the merger arise from the price. Magma shareholders will have a controlling stake of 66.5% of the merged company, with current Plutonic shareholders owning the balance. Plutonic shareholders are being paid a 32% or 17.5% premium, based on pre-merger market capitalization or book value, respectively. That would be a normal buyout premium, except that Magma was a much stronger company, and so Plutonic shareholders also gain more as part of the merged entity. Although the two companies work in different renewable energy industries, their projects have much in common. In addition to raising finance, environmental permitting, grid interconnection, and negotiating with utilities are crucial to the success of any renewable power producer, and a larger company with more projects may be able to make more effective use of employees with specialized local knowledge or skills in these areas.

Before the merger, I considered Magma shares a good buy, but I would not have bought Plutonic shares, because the company would have needed to either do a deal like this or raise money in the next year or so. This put Magma in the stronger bargaining position, and so I would have liked to see a smaller premium paid for Plutonic shares. That said, since two thirds of Plutonic shareholders will need to vote for the merger in order for it to be a success, this premium is probably necessary to gain sufficient support. Passage by Magma shareholders is a virtual certainty, since the owners of 38.7% of Magma shares have already committed to vote for the deal, and only 50.01% support is needed.

As a Magma shareholder, I think the deal is acceptable, and will be a way for Magma to pursue opportunities for growth beyond Geothermal power, part of the company’s current strategy. I also like Plutonic’s Run of River and Pumped Hydroelectric assets, although until this proposed merger, I was unwilling to buy the company’s shares because I felt its balance sheet wasn’t strong enough.

Overall, I’m in favor of the deal. Too bad they couldn’t have come up with a better name. Apparently “Alterra” means “Other Earth” or “Other land” in Latin, but it doesn’t do much for me. I liked both Plutonic and Magma better.

Plutonic shareholders will gain an instant 32% premium on their shares, while the shareholders of both companies can look forward to steadier growth.

Past performance is not a guarantee or a reliable indicator of future results.  This article contains the current opinions of the author and such opinions are subject to change without notice.  This article has been distributed for informational purposes only. Forecasts, estimates, and certain information contained herein should not be considered as investment advice or a recommendation of any particular security, strategy or investment product.  Information contained herein has been obtained from sources believed to be reliable, but not guaranteed.

This article was originially published on AltEnergyStocks.com and was reprinted with permission.