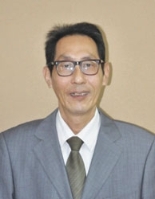 Wuhan, Hubei, China — The Chinese photovoltaic (PV) industry’s share of the global PV market is more than 60%, with an annual growth rate of over 100% for five consecutive years, a production value of over RMB500 billion, profits and taxes of RMB10 billion, and employment for 500,000 people. 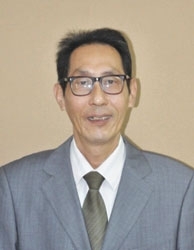 However, China’s domestic PV power generation market is very small. Only after the promulgation of the nation’s Medium and Long-term Renewable Energy Development Plan in 2007 and the amended Renewable Energy Law in 2008 did Chinese authorities begin to nurture the domestic PV market.

Since Suntech Power Holdings Corporation listed on the NYSE in 2006, Chinese and foreign investors have swarmed into mainland China’s PV industry, creating considerable excess production capacity. In an interview with Chinese Government Net in July 2012, Zhang Xiaoqiang, deputy director of the National Development and Reform Commission, said: ‘The Chinese PV industry is experiencing a very difficult period. At present, its production capacity of solar photovoltaic cells and modules has reached more than 30 GW per year, almost equalling global needs.’

Since Q4 2011, excessive competition in the export market and substantial cuts to financial subsidies have sent the sales price for exported PV cells and modules below their manufacturing costs. So far, Chinese PV manufacturers’ profits have comprehensively fallen. Many are experiencing financial difficulties, and even face the prospect of bankruptcy.

Along with the US financial crisis and the European debt crisis, more and more countries have cut public subsidies for PV power generation. Moreover, trade protectionism is rising. The US Commerce Department announced a preliminary ruling to impose high anti-dumping duties on PV cells and modules imported from China, ranging from 31% to 249.96% in May 2012, and to impose anti-subsidy duties ranging from 2.9% to 4.73% in March 2012.

Undoubtedly, the US and EU anti-dumping and countervailing tariffs will be a severe blow for the Chinese PV industry.

Under the United Nations Framework Convention on Climate Change and the Kyoto Protocol, the Chinese government has committed to promoting low-carbon development in accordance with the principle of ‘common but differentiated responsibilities’. At the Copenhagen and Cancun meetings, the Chinese government promised that by 2020 China will have cut its CO2 emissions per unit of GDP by 40%-50% from 2005 levels.

Until recently, new and renewable energy targets were realised mainly through developing hydropower. But environmental degradation from hydropower station construction has become more acute. Concerns raised by the nuclear accident in Japan have also led the Chinese government to tred carefully in developing nuclear power. Wind delivers intermittent power and its development is held back by grid connection bottlenecks that hinder synchronising wind farms with the Smart Grid. In 2011, brownouts caused national wind power to lose more than 10 billion kWh. Solar power is also intermittent and faces grid-connected bottlenecks. As an emerging industry, PV also costs more than wind power.

Both wind and PV face a series of challenges: grid construction for large-scale intermittent power generation; investment and financing systems for power plant construction; and cost reduction through technological progress and management innovation. In May 2012, the Ministry of Science and Technology issued the 12th Five-Year Special Plan on Major Scientific and Technological Industrialisation Project of Smart Grid. It clearly defined that grid-connected technologies for large-scale intermittent power generation are key tasks during the 12th Five-Year period. In May 2010, the State Council promulgated the Several Opinions on Encouraging and Guiding Private Investment in Healthy Development to encourage and guide private capital to enter the new energy industry. Intense market competition is forcing PV manufacturing enterprises to reduce costs through continuous technological progress and management innovation.

How Chinese PV Can Escape Its Dire Straits

Facing US and EU trade protectionism, the only way China’s PV industry can overcome its challenges in the short term is to rapidly develop domestic PV power generation, which will open up a large market for PV cells and modules.

In China, PV power generation projects need approval from the Development and Reform Commission. The Land and Resources Departments must also approve their use of land and the State Grid Corporation of China’s permission is essential for setting up grid connections. All of these bodies’ backing is required to obtain government support.

The government’s attitude towards developing PV power generation – and its choices in economic stimulus – will determine how long China’s PV industry will survive. In July 2012, the National Energy Administration issued the 12th Five-Year Plan on Development of Solar Power Generation, which targets 21 GW in installed solar power capacity and 25 billion kWh in annual generation  by the end of 2015.

Shi Lishan, deputy director of the New Energy and Renewable Energy Department at the National Energy Administration, revealed at the 2012 China PV Industry Leaders Summit in Beijing that annual installed PV capacity is expected to surpass 5 GW in 2012. Shi believes that the development of PV power generation faces two major constraints. First, the management system of the electricity market; and, second, a lack of scientific support policies, including tax and feed-in tariff (FiT) policy.

The government had enhanced its stimulus for PV development before the EU anti-dumping investigation. For the Chinese PV industry, with an annual capacity of over 30 GW, even an annual installed capacity of 5 GW cannot bail it out in the foreseeable future. However, the government will further enhance the stimulus for PV development after the EU anti-dumping investigation. It is reported by some newspapers that, to encourage rapid development of the domestic PV market, the Chinese authorities will probably adjust the installed capacity target set by the 12th Five-Year Plan to 40 GW by the end of 2015.

Indeed, China has a potentially broad PV power market. As noted in the 12th Five-Year Plan, ‘China has very rich solar energy resources; the area of land and buildings suitable for solar power is very large. The regional area of rich solar energy resources, suitable for large-scale development of solar power, such as Qinghai-Tibet Plateau, Loess Plateau, northern Hebei plateau, Inner Mongolia plateau, etc., accounts for two thirds of the Chinese land area. Northeast China, Henan, Hubei and Jiangxi central region, as well as Hebei, Shandong, Jiangsu and other eastern coastal areas have abundant solar energy resources. The light area of buildings suitable for solar power is large. In Sichuan, Chongqing, Guizhou, Anhui, Hunan, there some regions are also suited to the development and use of solar energy.’

If the government increases the annual installed PV capacity to 8-10 GW in 2012 and 10-15 GW in 2013, it will force the domestic PV industry towards healthy development according to the market-competition principles of survival of the fittest, rapid cost reduction through technical progress, and management innovation.

The fundamental problem is to find a feasible operational scheme before China’s PV industry collapses after suffering blows from US and EU trade protectionism.

The feasible operational scheme should include at least five parts, as follows:

The determination of the Chinese government will determine how long China’s PV industry takes to get out of its current dire straits.