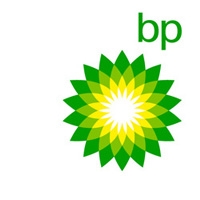 If there is a Holy Grail for renewable energy, a tipping point where resistance becomes futile and the money comes rushing in as with the Internet in the late 1990s, it’s not the war in Libya but oil company investment.

Once big oil starts investing in the space, political objections to it will vanish. Renewable energy will have proven its profit potential. And big oil is called big for a reason. The amount of cash available to invest in the Houston, where I lived during the 1970s, is truly ginormous. (One of my Rice classmates is now a real oil industry CEO.)

So a small piece of news today indicates that tipping point may be coming sooner than we think. BP has put $680 million into buying 83% of CNAA , a Brazilian biofuels producer.

The deal more than triples BP’s biofuel production capacity, to 1.4 billion liters per year. It justifies the massive Brazilian investments in sugar production over the last several years.

In some ways this is a one-off. Brazil is tropical, and sugar grows like grass. There aren’t many more big plays there. Ethanol can be made more cheaply from sugar cane than nearly any other source.

But it’s a step. It assures ethanol a place at the oil refining table. And the money is coming from one of the giants of the industry. If the other oil giants see this as money well spent, if they see BP generating a significant return, they’re going to start looking around.

The deal also illustrates what oil wants from the renewable industry. It wants scale. It wants proven technology. It wants an assurance of profit. That may sound unfair, because there are no guarantees when you’re drilling a well, but they’re not buying a well here – they’re buying production capacity.

So my guess is that oil companies won’t be interested in new solar technology, but they might be interested in companies producing a lot of electricity from solar. Same thing with wind, and with geothermal. They will likely be more interested in solar water heating or ground source heat pumps than in anything new and different.

But you never know. The oil industry was built on big, long-shot bets. When they’re willing to play that game, the one they started with early in the last century, the tipping point will have well and truly been passed.