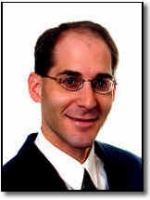 On May 31, 1925, Lou Gehrig, a 21-year old infielder for the New York Yankees, pinch-hit for Pee Wee Wanninger, quietly beginning one of the most remarkable streaks in sports history. The next day, he entered the starting lineup in place of veteran first baseman Wally Pipp. Although Gehrig had had brief stints with the Yankees in 1923 and 1924, few people in the stands probably saw stardom in his future. Some of his teammates might even have cast a dismissive, suspicious eye on the young prospect that day. Fourteen years later, however, Gehrig left the lineup after 2,130 consecutive games played – to the roars of the crowd – as one of the most beloved Yankees of all time.

When someone or something new disrupts the conventional order of things, it is entirely normal and human to harbor initial feelings of fear and resentment. I believe this scenario is playing itself out in our industry with respect to the wider implementation and commercialization of renewable energy. Admitted or not, a significant portion of the “old guard” in the industry has harbored a general sense of hostility toward renewable energy. Though not universal, many industry veterans have been unwilling to issue a warm welcome to the slick newcomer. Many refuse to recognize the value that renewable energy can bring to the larger energy “team.” This hostility, which simmers more under the surface than it does on the surface, ignores a couple of simple truths. First, renewable energy is not going to replace conventional forms of generation anytime soon. In just about any conceivable future scenario, fossil fuels will produce the bulk of electricity for decades to come. Second, fossil fuels are finite, plain and simple. On the global clock, fossil fuels represent no more than a few hours or minutes of a single day. They are critically important today and for the foreseeable future, but whether it’s 50 years or 200 years from now, fossil fuels will eventually play out. Third, renewable energy is no longer a research curiosity. There are too many real projects out there, generating real electricity and real revenues to pass renewable energy off as a fleeting fancy. Fourth, public perception has changed. A growing segment of the population – today’s youth in particular – view renewable energy not as the quasi-religious ideal envisioned by cultural activists from the 1960s, but as a viable option that can be integrated into modern life to simultaneously satisfy personal and societal goals. Renewable energy advocates can and should feel proud that the transition away from finite fossil resources has begun. They should be cautious, however, in gloating over this initial victory. I’ve heard the following statement repeatedly from the renewable energy community in one form or another: “Only renewable energy sources offer a sustainable energy supply.” This sounds deep and thoughtful – even alarming to some – but it’s simply a definition. The energy community as a whole needs to get past the semantics, past the “either-or” diatribes, and move on to ensure a practical transition. In the aftermath of the recent presidential election, sometimes it seems as if our country is made up of just two sets of individuals – those who bleed red and those who bleed blue. The electoral map that the media has ingrained into our consciences since 2000 only reflects those two colors. The reality is much more nuanced, however. While the extremes in each camp would not stand for even a drop of the other party’s “color,” most Americans are comfortable – yes, comfortable – with a blended bloodstream. They might be reluctant to admit it in front of their single-hued neighbors, but the mixed bloodline is widespread. Fossil fuel proponents – myself included – welcome and appreciate the role coal and natural gas play in providing cost-effective electric power. At the same time, however, we recognize that renewable energy has an important role to play in enhancing energy supply security, mitigating environmental concerns, and providing a bridge to sustainability for future generations. Building that bridge will rely heavily on the youthful “energy” and vision associated with the renewable energy community. To build a bridge with the greatest support and at the most reasonable cost, however, will also require the time-tested talent and reliability associated with conventional generation. Both elements will be needed. After all, the sturdiest bridges are designed to flex when needed. In retrospect, perhaps my opening analogy was not quite right. While the hot new prospect is ready to join the starting lineup, the veteran ballplayer is not yet ready to cede his position. Fortunately, the playing field is large enough for both. About the author… Brian Schimmoller is the managing editor of Power Engineering magazine, a trade journal published by PennWell Corp. that is sent to more than 58,000 power industry professionals each month (see link below). He also serves as conference committee co-chair for POWER-GEN Renewable Energy, April 10-12, 2006 in Las Vegas, Nevada. Brian has nearly 15 years of experience in the power and energy industries.