More
Home Baseload The Global Transition to Renewable Energy — Can the Caribbean Lead the... 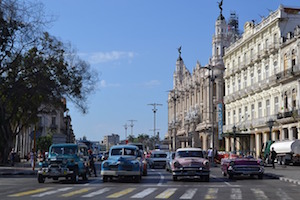 The Caribbean depends on imported oil for approximately 90 percent of its energy needs; the exception is Trinidad and Tobago, which has its own source of oil and natural gas. Although the world currently is benefitting from a relatively low cost of oil, the production of electricity from either diesel or heavy fuel oil is still expensive in the region. The electricity prices in the Caribbean are extremely high, with an average of US$0.34 per kWh and as high as US$0.50 per kWh, which is nearly four times the price paid in the U.S. And if the pendulum swings back to higher priced oil in the years to come, this will make the cost of electricity in the Caribbean still higher.

The price of energy is a heavy burden for these countries and causes problems on a number of fronts. Spending on oil imports is a tremendous drain on the hard currency reserves of these islands and can account for up to 10 percent of their GDP. Any spikes upward in the price of oil can cause a major shock to their economies.

Island nations also are the countries most vulnerable to the devastating effects of climate change. Rising sea-levels, higher temperatures and increased natural disasters from changing weather patterns is a calamity for these islands. These are grave threats to the Caribbean even though the islands as a whole have extremely low emissions of greenhouse gases relative to larger countries, responsible for less than 1 percent of total worldwide carbon emission. The islands are not responsible for global warming, yet they face the most immediate threat from it.

Although countries in the region differ in their renewable resources, they have enough in common to discuss the promise of the region as a whole. Overall, they have enormous potential for successfully pursuing renewable energy for four principal reasons.

First, they can achieve substantial reductions in the cost of energy, which helps the households in those islands, particularly those in lower income brackets. The reduction in cost also benefits hotels and resorts, which pay a large portion of their operating costs for electricity for air conditioning and ice-making. This will help the tourism industry — which is so important in the region — to remain competitive. And, it means the countries will be paying far less of their hard currency on fuel oil. The high cost of energy is a major drag on economic growth in the Caribbean.

Second, there is growing interest in the role these islands can play as laboratories to demonstrate how various renewable energy technologies and integration plans can be deployed. They may show larger countries how a transition off fossil fuels from a regulatory, technical, financial and utility business model perspective can be achieved with the appropriate scaling.

Third, the Caribbean region has an abundance of the resources needed to produce renewable energy: sun, wind, geothermal and in limited cases hydro. At 5.46 kWh/m2, the average annual solar resource for the Caribbean is higher than the largest solar markets of Hawaii, California, Texas and Spain. And for wind, the Caribbean average of 7 m/s is equal to that of Texas and California, the two leading U.S. states for wind. There also is great geothermal potential in the Eastern Caribbean islands of Dominica, St. Kitts-Nevis, Guadeloupe, Martinique, Montserrat, St. Lucia and St. Vincent, and projects already are in various stages of development in these islands. Hydro power has less potential for the region, however, as it is limited to Haiti, Jamaica and the Dominican Republic.

Cost of Technology is Decreasing

Fourth, the cost of renewable energy technology has been declining dramatically while the efficiency of the technology has been increasing steadily. This is especially true for solar and wind energy, and increases the potential for cost savings in the Caribbean. According to New Energy Outlook, Bloomberg’s New Energy Finance 2016 annual report, this trend will continue, making these two technologies the cheapest ways of producing electricity in many countries during the 2020s.

Equally important for Caribbean islands, the cost of energy storage technology is falling significantly. Thus, it is becoming more cost effective to store low cost renewable power generated off-peak and to use it to meet peak electricity demand. This is absolutely critical for wind and solar energy to reach their full potential in the Caribbean as their intermittency challenges the stability of the electrical grid.

A number of non-state actors are working closely with individual islands to develop their renewable energy plans. Two NGOs are particularly active: Carbon War Room (CWR) and Rocky Mountain Institute (RMI). In 2012, the CWR formed the Ten Island Challenge to work with Caribbean islands to accelerate their transition off fossils fuels. So far, the CWR has reached agreements to work with the following countries: Aruba, Anguilla, Bahamas, Belize, British Virgin Islands, Grenada, San Andres and Providencia islands in Colombia, St. Lucia, St. Vincent, and the Grenadines and the Turks and Caicos. Since launching the Ten Island Challenge, CWR merged with RMI in 2014, and the two NGOS adopted the Challenge as their first joint program.

Another NGO increasingly active in the region is the International Renewable Energy Agency (IRENA) based in Dubai, UAE. IRENA is an inter-governmental organization that supports countries in their transition to a sustainable energy future, and serves as the principal platform for international co-operation, and a repository of knowledge on renewable energy.

IRENA’s focus is on helping small island developing states (SIDS) around the world to overcome the vulnerabilities they face from climate challenge and to help them serve as models for the rest of world through rapid renewable energy development. The goal is to enable SIDS to lead by example on climate change. To that end, IRENA established in 2014 its SIDS Lighthouse Initiative to offer a framework for small island developing states to develop a structured and sustainable approach to renewable energy.

Governments Outside the Region are Providing Support

Several governments also are actively seeking to promote renewable energy in the region, including the U.S., the UAE, and the European Union and some of its member countries, such as Germany and Spain. The UAE recently launched a $50M renewable energy fund for the Caribbean. The European Union is active in the region through its Caribbean Investment Facility (CIF), one of the EU’s regional blending facilities, mobilizes funding for development projects, including renewable energy projects. The CIF combines grants from the European Development Fund (EDF) with loans from other sources.

The U.S., of course, not only shares its “third border” with the Caribbean but it has a presence in Puerto Rico and the U.S. Virgin Islands. And its promotion of renewables in the Caribbean has taken several forms from the policy level to the practical.

More should be known about the Trump administration’s strategy for the Caribbean in June 2017, when it submits a report to Congress as required by the United States-Caribbean Strategic Engagement Act, which was signed by President Obama in December 2016. The law directed the U.S. Secretary of State and the U.S. Agency for International Development to devise a multi-year strategy on issues of concern to the region, including security, energy, diplomacy and increased access to educational opportunities.

The report is expected to address energy security in the region and to recast the issue of energy security away from a focus on fighting climate change and instead place greater emphasis on promoting a diversity of supply of energy and expanding the market opportunity for U.S. companies.

The Obama administration had been active in promoting renewable energy on the Caribbean. In May 2016, Vice President Biden chaired the U.S.-Caribbean-Central American Energy Summit in Washington, D.C., bringing together Caribbean and Central American heads of government and energy ministers, multilateral development banks, the private sector, and other international partners. On May 4, 2016, the Caribbean Community formally launched the Caribbean Sustainable Energy Roadmap and Strategy (C-SERMS) Platform as a mechanism to manage regional coordination and action on energy security.

At the policy and diplomatic level, the U.S. Government has been working with Caribbean and Central American countries to create systems that will enable more efficient use of energy at lower costs to their citizens. There is a strategic interest in this because several Caribbean countries depend on assistance from Venezuela’s Petrocaribe, a program that provides financial subsidies for the purchase of oil from Venezuela. As the economic situation deteriorates in Venezuela, Petrocaribe’s future is in doubt with the potential for causing serious disruption in the countries dependent on it. Overnight, they could be cut off and forced to buy oil in the open market, while still owing as much as $20 billion to Venezuela according to some estimates.

The Obama administration recognized the potential crisis on its third border if Petrocaribe falters. Secretary of State John Kerry stated in 2015, “[I]f Petrocaribe were to fall because of events in Venezuela or because of price and so forth, we could wind up with a serious humanitarian challenge on our — in our near neighborhood.”

By assisting these countries to move to renewable energy, the Obama administration reasoned the countries would be better protected from an over dependence on only one source of energy from an erratic supplier. Even if the Trump administration continues these efforts, however, the question remains how quickly this shift could occur, and whether in sufficient magnitude to make a meaningful impact.

The U.S. government also has taken a number of practical steps through various departments and agencies to assist countries in the region over to renewables. For example, the Department of State’s Energy Resources Bureau allocated over $2 million dollars in 2015 for the Caribbean and Central America. Among other initiatives, the Department of State’s Power Sector Program supported the Nevis Island Administration in structuring a competitive tender for geothermal resources.

The U.S. Overseas Private Investment Corporation (OPIC) is available to provide financing and political risk insurance to renewable energy projects in the Caribbean, and has made commitments to a number of wind and solar projects in Jamaica. In 2015, the U.S. created the Clean Energy Finance Facility for the Caribbean and Central America (CEFF-CCA) to encourage regional clean energy investment. The facility is providing $10 million for early-stage funding and draws on the combined resources of the U.S. Agency for International Development, State Department, OPIC, and the U.S. Trade and Development Agency. The Department of Energy also has been active, and in 2015 published Energy Transition: Islands Playbook in partnership with RMI-CWR as a planning tool for Caribbean countries.

The Caribbean has enormous potential for making a substantial transition to renewable energy. It has the resources of sun, wind, and in some cases geothermal and hydro. With the high cost of fossil fuel electricity generation, there is a strong business case for making the move to renewables. And several governments, development banks and NGOS are actively supporting the move. Progress is being be made, but a number of challenges must be overcome to unlock this great potential. Part 2 will address these: the lack of adequate laws and regulations, the small scale of projects that makes access to financing difficult, the threat to grid stability from intermittent energy sources, the resistance of utility companies to support a large-scale introduction of renewables, and the potential role of natural gas in delaying progress. 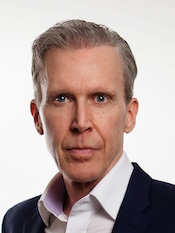 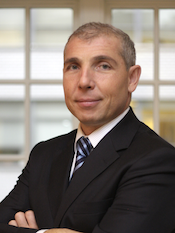 Nick Sangermano is a Managing Director at CohnReznick Capital, a comprehensive financial advisory firm for the renewable energy and sustainability industries.