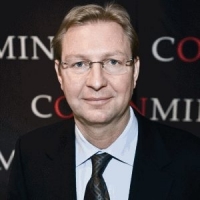 The pace at which universities and academic institutions are developing new technologies aimed at solving the world’s energy and climate change challenges is truly amazing. Many of the cleantech ventures that are being developed at universities around the world right now have incredible potential, yet barriers to commercialization prevent most from being realized. While some top U.S. universities have tech transfer specialists on staff and departments dedicated to the commercialization of research, many others, especially in the BRIC nations (Brazil, India and China), don’t have readily available access to investors and industry.

Several years ago I was invited by the Danish Prime Minister to attend a globalization council meeting on the commercialization of university research. We discussed the fact that while there are 7,500 universities and more than 10,000 research institutions worldwide (twice the size of the global automotive market), there is no annual forum for academic researchers to convene and exhibit their latest innovations to the business community.

As a world leader in wind energy and the host of COP15 (2009 United Nations Climate Change Conference), Copenhagen has a unique opportunity to attract international attention around this issue. Fortunately, the Danish government recognized this, and allocated US $1.3 million to help us establish the need for the first ever COPENMIND conference and exhibition.

During the primary research phase of this undertaking, we visited 120 universities, which are developing technologies that range from molecular air treatment to flexible PV laminates to tidal energy. While everyone we met with believed their technology offered something valuable to the global marketplace, everyone also agreed they had no such global forum for matchmaking with industry executives and venture capitalists. To confirm that industry would also have interest in such an event, we interviewed 280 businesses including IBM, Siemens, Microsoft, Boeing, Dow Chemical and Coca-Cola — the feedback has been clear and consistent, validating the need for COPENMIND.

The response to the inaugural COPENMIND conference and exhibit, September 1-3 in Copenhagen, has been overwhelming. We are now sold out of exhibition space, with 125 universities exhibiting from around the world (representing around US $158 billion dollars of research). COPENMIND boasts an impressive roster of U.S. universities, including MIT, Stanford, Columbia, Berkeley as well as representation from Europe, South America and Asia. We also have 3,000 industry executives set to attend, including representatives from leading global companies such as Boeing, Siemens and Toyota.

As we look forward to a successful event in 2008 and to Copenhagen hosting the 2009 United Nations Climate Change Conference, we already have plans for COPENMIND 2009 with a focus on energy and COPENMIND 2010, health — both very relevant industries with huge market potential for improved academic partnerships.

We recognize that COPENMIND is only a first step in response to a critical need for improved university/industry collaboration. In the age of globalization, we need to ensure that innovative minds at universities around the world are being fully utilized with the aim of mitigating climate change and ensuring renewable energy sources.

Steffen Moldow’s extensive international experience and deep understanding of technology transfer challenges facing global industry inspired him to develop the first ever truly global marketplace for university research and technology: COPENMIND. From 2006-2008 Moldow proved the concept by traveling the world presenting the idea to more than one hundred prominent universities. Their response was overwhelming and thus the first COPENMIND was established, scheduled to take place September 1-3, 2008. Moldow holds a degree in mechanical engineering and a Bachelor of Commerce within the areas of export and marketing. He is fluent in both English and German.