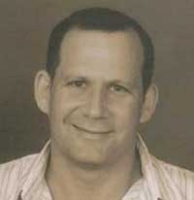 Soon there will giant farms of photovoltaic panels baking in the sunlight of the southwest deserts, the resulting energy powering Phoenix, Las Vegas, and the rest of the region. If this vision of the future of solar power in the United States sounds right to you, it would probably come as a surprise to learn that some of the best potential customers for the solar power industry are homeowners and small businesses in the Northeast who will install small-scale systems on their property.

Today, even in the best case scenario, solar power still requires substantial subsidies. It will be another decade before it reaches the break even point — that is, the point where solar power becomes economical without subsidies. Until then, industry growth will largely be determined by how far available subsidies can be stretched in order to support the installation of the most equipment possible. In a world where supply constraints are the industry’s top problem, worrying about stretching subsidies to fuel more demand is probably the last item on everyone’s agenda. However, even hypergrowth industries go through periods of faster and slower growth. Laying the groundwork now for fueling the next spurt of demand can mitigate or even eliminate any potential slowdown. This requires a focus on stretching subsidy dollars, which in turn means focusing on the customers who require the least amount of subsidies to make solar power a profitable investment; namely, customers for whom the cost of solar electricity compares most favorably with the cost of conventional electricity. Remarkably, it is small solar installations in the Northeast that fit that bill, not large commercial installations in Arizona or Nevada. This counter-intuitive finding comes from two studies our company recently released on solar electricity: What the Solar Power Industry Can Learn from Google and Salesforce.com and Massachusetts a Surprising Candidate for Solar Power Leadership. It is based upon the following three facts. Big installations have only a small cost advantage over small ones In striking contrast to all other power generation technologies, solar electricity equipment has very few economies of scale. Coal and gas-fired power plants, hydroelectric dams, nuclear reactors, solar thermal concentrators (with their acres of sun-tracking reflective troughs) and wind turbines (whose size dictate that they be situated in remote areas) are only practical for large commercial power generators to own and operate. California Solar Cost Data Shows Modest Economies of Scale This is not the case for photovoltaics. This is because the basic unit of solar power is a single photovoltaic module, which typically generates 180 to 230 watts of power and takes up approximately 13 to 15 square feet. Installations with 10,000 modules are no more efficient than those with 10 modules. The small economies of scale that do exist are driven by transaction costs, not the technology. Therefore, big customers enjoy only a very slight cost advantage over small ones when it comes to the cost of solar power equipment.

Small customers pay a lot more for electricity than big customers While it costs about the same for big and small customers to purchase solar power equipment, the same is not true when it comes to purchasing electricity. On average, utilities pay power producers under $.03 per kilowatt-hour. Major industrial customers typically locate their plants near hydroelectric dams, which can provide ample low cost power, and large commercial customers are able to negotiate favorable rates. Smaller businesses and homeowners are the ones that end up paying the most for their electricity.

Since their higher electric rates more than offset their slightly higher equipment costs, smaller businesses and homeowners require far fewer subsidy dollars to make up the difference between the cost of conventional power and solar power. Taken together, these three factors mean that small customers in the Northeast, along with those in California and Nevada, are those for whom solar power is the most economically viable and require the least subsidies.

Prescriptions for the Industry Currently, there are two missing factors for making this strategy practical. One, subsidy programs in all of these states that are sufficient to support the development of a robust commercial industry (with the exception of California which already has such a program) and two, offerings and channels designed to serve a large number of smaller accounts. Our prescription: Make these two initiatives top priorities for the industry. Jonathan Klein is the founder and general partner of The Topline Strategy Group, a consulting and market research firm specializing in emerging technologies. Prior to founding Topline, Jonathan was VP of Marketing at Promptu, a venture-backed CRM software company. He also served in senior marketing roles at Documentum and Docent and also worked as a Case Leader in the Chicago office of The Boston Consulting Group, advising Fortune 500 clients in a range of industries on corporate growth.