More
Home Baseload The Force: Cellulosic Biofuels Tax Credit Is Back, but Is It Necessary? 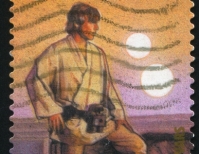 So, the fiscal cliff was averted in a last minute-deal by DC lawmakers. Sort of. For now. Or so we’re told. We think.

It doesn’t take an aversion to sausage-making to be mystified by really big pieces of legislation that come out of Washington — they come stuffed to the gills with side-provisions. In many cases, fine ideas that simply have not been able to find themselves a viable tax legislation vehicle.

One is the cellulosic biofuels production credit, now defined as the “second generation biofuel producer credit” and is (i) expanded to apply to liquid fuel derived from cultivated algae, cyanobacteria, or lemna and (ii) extended to apply to qualified fuel production before January 1, 2014.

You might as well call it the Force. Apparently, the PTC is what gives a cellulosic producer his power — if you take the Washington lobbyspeak at face value. It surrounds us and penetrates us; it binds the biobased galaxy together. As is said in DC: “May the PTC be with you.”

The problem with these tax credit provisions is that they are supposed to incentivize steel in the ground but in the end incentivize no such thing.

So what is the credit? Really, a bonus return on equity, and even more powerfully, a windfall for growers. More on that later.

As we sift through the data, the Digesterati have found that, with a 50 cent RIN, numerous projects can achieve a 12 percent ROI (the traditional threshold for, say, fossil-fuel investments). Even without the next-gen PTC.

We offer the following table in evidence – couched in the caveat that numbers change, and not all data is available for all projects. No need to sue us if, for example, it turns out that DuPont can get feedstock for south of $65 per ton.

What we see are nine project developers – all of whom can hit a 12 percent return based on a sub-50 cent RIN and no PTC. Not only might all nine live without the PTC – should oil head north of $115 per barrel (as expected), in the long term these producers may not even need the RIN.

Who wins with the PTC?

You’d think the winners with the PTC would be the hard-pressed project developers.

We often ask them, candidly, “if the PTC is eliminated, will you be forced to go out of business, or could you find a way to be viable?” To date, here in Digestville we’ve never found a project developer who said, definitively, that absent a PTC they would have to shutter their doors.

So, who wins? Ah, grasshopper — its the feedstock growers, that’s who. After all, why is fryer grease commanding such high prices these days – costing more today than soybean oil cost just a few years back? Tax credits and mandates.

Of course, some of our best friends are growers, and we wish them only happiness in the game of “gimme, gimme” that is business as usual in DC – and for fossil-fuel purveyors, too, at an order of magnitude higher than the biofuels industry. And just about everyone else.

The value of a tax credit

How much does a $1.01 per gallon tax credit mean to a grower? For a reference-size project that gets 80 gallons of ethanol from per ton of biomass, there’s $80.80 per ton of biomass in that PTC. At 5 tons per acre per year, that’s $404 per acre, up for grabs. Lot of scratch when you figure that an acre of 160-bushel corn yields $800 at $5 per, and that’s before costs are figured in.

Now, growers don’t get all of that. But it is a powerful incentive. Especially for the grower of annuals, where a one-year tax credit extension offers a workable time frame. Far more so than to the producer who has to pay a 15 or 20 year note.