More
Home Baseload Bioenergy The failure of privatization in the energy sector and why today’s consumers... 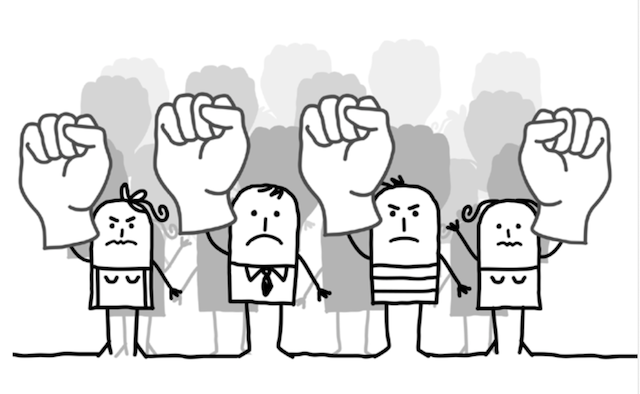 Back in the 1980s and 1990s, the twin forces of privatization and deregulation of public infrastructure services ascended to a global paradigm of progress and development. Government management of services such as telecommunications, transportation, water, and energy was deemed inefficient, underperforming, and monopolistic. Private industry – accountable to the profits and losses of an open market and, thus, believed more efficient than government – was proclaimed the better way for consumer choice and a more efficient use of taxpayers’ expenses.

Washington, DC-based financial institutions such as the International Monetary Fund (IMF) and the World Bank, among others, were the biggest proponents and drivers of the subsequent policy prescriptions. The Washington Consensus – a term coined by the English economist John Williamson to characterize these policies – took two routes globally.

In the industrial world, it challenged public ownership and management of infrastructure services. In the EU, for example, it fostered the adoption of single market and regulatory bodies focused on supporting market competition.

In the developing world, it linked the adoption of neoliberal macroeconomic policies to the approval of credit lines. In Latin America, for example, where loans for infrastructure development in the 1960s and 70s contributed to a foreign debt crisis in the 1980s, the IMF and the World Bank made new credit conditional on the implementation of austerity measures, privatization of public enterprises, and financial liberalization.

Despite the prescriptions of major institutions of the international monetary system, the policy prescriptions of the Washington Consensus did not bring all infrastructure services under a single, liberalized umbrella. Instead, the design has been dominant (and successful) in some infrastructure sectors and weak (and a failure) in others. As our analysis on trends in the energy sector specifically shows, a wave of recommunalizations appears to be a citizen-driven reversal of these policies – a reclaiming of the public role in the control and management of public infrastructure services. To paraphrase a popular anthem of the 1980s, citizens are doin’ it for themselves.

In 1992, Mary M. Shirley, chief of public sector management and private sector development division at the World Bank, declared in the Fordham Law Review, “There are virtually no limits on what can be privatized.” The enthusiasm of such a statement aside, we observe that some sectors have thrived while others have fallen under the weight of free-market principles in public infrastructure services.

Take the telecommunications sector for example. The Washington Consensus contributed to the end of national telephony monopolies abroad – the US itself being a notable exception to state-administered telecommunications infrastructure. New entrants into the telecommunications market – including low-cost carriers and Voice-over-Internet-Protocol (VoIP) providers – have been welcome disruptors, positively affecting consumer choice and prices. According to economic policy research in the sector, market giants like Deutsche Telekom in Germany, Telefónica in Spain, and British Telecom in the UK subsequently have become more innovative, customer-oriented, and “lean.”

On the other side of the coin are the world’s water markets. Water is a human right, recognized as such by the United Nations General Assembly on July 28, 2010, and incorporated into international law and standards. Yet ensuring access to clean and potable water remains a challenge globally. According to a 2017 WHO/UNICEF report, “2.1 billion people worldwide lack access to safe, readily available water.”

Where there have been attempts to privatize water, however, provision failure and public discontent have forced municipalities back to the table. An in-depth investigation on water sector privatization – jointly undertaken by the Transnational Institute (TNI), the Public Services International Research Unit, and the Multinational Observatory in 2014 – concluded that over 180 cities and communities in 35 countries remunicipalized their services. “Direct experience with common problems of private water management – from lack of infrastructure investments, to tariff hikes to environmental hazards – has persuaded communities and policymakers that the public sector is better placed to provide quality services to citizens and promote the human right to water.” As the Guardian summarized the matter in its own coverage of the issue in 2015, “the tide has turned on privatization.”

While the telecommunications and water sectors paint a stark and contrasting picture, the reality for other sectors is more complex.  In postal services, mass transit, and waste management, among others, certain services that have been liberalized and privatized coexist with public and regulated ones.

The energy sector is also one such space, and the reasons therefore are multiple. Energy sector regulation must navigate a landscape that demands affordability and efficiency but also attention to sustainability goals and the security of energy supply – the so-called energy policy triangle. Supporting each part of the whole bring certain challenges. For example, where competition may favor fossil fuels – which are still relied upon by 67 percent of the energy infrastructure globally – the fight against global warming calls for carbon-neutral and renewable energy solutions. And where uninterrupted power supply fuels strong industrial economies, wind and solar energy fluxes – a natural outcome of decentralized supply – becomes a threat to grid stability that must be addressed.

Large parts of the world – in Africa, South-East Asia, and South Asia especially – remain largely untouched by free-market energy policies. Yet many nations have chosen the liberalization path – market competition for energy generation and a wholesale market for trading – which they nevertheless complement with regulatory approaches that promote renewable energy and secure energy supply. A parallel challenge for regulatory bodies is thus to motivate private enterprises to take social and environmental objectives into account, not just shareholder value. Good governance and transparency are key to stoking public confidence and private investment in the energy liberalization effort. Where absent – due to non-transparent decision processes, blackouts and other service failures, or waning political will, among other factors – the reverse occurs.

One of the first countries to overthrow the World Bank’s privatization doctrine in Latin America was the Dominican Republic. In 2003, the country’s government renationalized two distribution utilities previously acquired by Spanish utility Union Fenosa. Other developing countries followed suit. In their work Public resistance to privatisation in water and energy (2005) researchers David Hall, Emanuele Lobina, and Robin de la Motte state that in developing countries “the process of privatization in water and energy has proved widely unpopular and encountered strong political opposition. […] Local civil society has successfully mobilized highly effective political activity, its opposition being based on the perceived conflicts between privatizations and equity, and over the role of the state and the community in these sectors.”

Industrialized countries also experienced the energy recommunalization trend. According to a study by the Wuppertal Institut (sic), 139 new municipal energy utilities were founded between 2005 and 2016, with a peak of 28 new municipal energy utilities in 2012. In Germany, many recommunalizations were initiated on the heels of expired grid concession contracts with private operators. According to a study by VKU, the German association of municipal enterprises, between 2007 and 2015, 234 municipalities withdrew concessions of electricity and gas networks from their previously private operators.

Returning infrastructure assets into public ownership is part of a larger movement of consumer empowerment that can be observed across all critical infrastructure services.

The two most prominent cases of recommunalization in Germany have taken place in Hamburg and Berlin, where Swedish energy utility Vattenfall lost its contract after around a decade of operations, and the city purchased the local electricity grid from Vattenfall for 610 million euros. Similarly, in a 2013 referendum 600,000 Berliners, or 83 percent of the electorate, voted in favor of recommunalization. After lengthy legal disputes, the Berlin Senate announced in early March 2019 that the state-owned company Berlin Energie will be awarded the contract for the power grid license and thereafter responsible for Berlin power grid operations for the next twenty years.

Recommunalization has become part of a larger movement of consumer empowerment in infrastructure sectors. Around 1.6 million German households participate actively in micro-generation via photovoltaic panels, according to a study by the Öko-Institut. Even in cities, where inhabitants have no access to private rooftops to install their own solar panels, participation in the urban movement of MieterStrom (“tenants’ energy”) continues its rise. In 2018, almost 17 MW peak of solar tenant electricity from approximately 530 realized projects and 400 planned projects were recorded. The existing installations supplied around 10,000 residential units with renewable electricity, many of them organized in local energy cooperatives. In rural areas, bioenergy villages strive for energy autonomy, often with combined heat and power plants fueled by local biomass, and sometimes complemented by photovoltaics and solar thermal panels. As of March 2019, 147 communities are registered as bioenergy villages in Germany.

Lest it appears that we imagine only the purest of intentions in this, a reality check is warranted. A survey carried out by Thomas Lenk, Oliver Rottmann, and Romy Albrecht among municipal decision makers (as quoted in an overview of recommunalization studies by Christina Schäfer and Ulf Papenfuß) suggests that the motivation of municipalities holds similar objectives as private industry: growing control, influence, and revenue generation.

Could recommunalization thus lead to a reversal of the efficiency concerns that motivated those drivers of the Washington Consensus?

As economists John Vickers and George Yarrow state in their seminal paper Economic Perspectives on Privatization, “Any form of ownership is inevitably imperfect.” While proponents of privatization may emphasize government failure and downplay its advantages, champions of the state will focus on the failures of the market as a result of “profit versus the public interest.”

Recommunalization may reduce market failures but may also increase the likelihood of the “slippery slope” of government intervention. That said, as Warner notes, “this reverse privatization process is not a return to the direct public monopoly delivery model of old. Instead, it heralds the emergence of a new balanced position which combines use of markets, democracy, and planning to reach decisions which may be both efficient and more socially optimal.”

There are promising, grassroots trends that herald a different way for municipal management of public infrastructure services. Increasing citizen engagement in a decentralized and participatory system of governance, coupled with digital decision tools, such as e-government fostering more transparency, spell greater accountability for politicians and managers of critical infrastructure providers. With digitalization, power can be brought back to the people.

Excerpted and adapted from “Economic Perspectives on Recommunalization in the Energy Sector” by Christoph Burger and Jens Weinmann. Published online by CIDOB, the Barcelona Centre for Public Affairs, on March 3, 2019 at https://bit.ly/2JmpuXB.