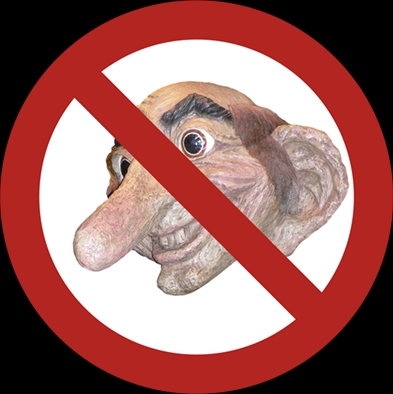 Since I began blogging here I have been humbled by the reaction of most readers to what I have to say.

Even if I had spent my whole career covering renewable energy, I’m just a writer. You all are the experts. You’re the business professional on the firing line. You’re risking your money and reputation for this industry – and its success.

But all of you have to deal with what I call energy trolls, people who are skeptical to the point of cynicism over the prospects of renewables, who bring up Jimmy Carter’s cardigan sweater every chance they get and insist we have no viable choices other than fossil fuels – “clean coal” (which may not exist), “new natural gas” (which may destroy water tables), the hope of some new “elephant” find under the shrinking Arctic and Antarctic ice caps.

When push comes to shove, they come out to frustrate change. As Stephen Hayward of the American Enterprise Institute told the San Francisco Chronicle, “Brown energy creates jobs and prosperity.”

In the short term he’s right. That’s what’s most frustrating. As fossil fuel supplies decline, their price rises – so long as most of our capital is funneled in that direction. We march right up the cliff until we run out. But don’t worry, it’s just your grandchildren who fall off. Hayward and his pals will be long-dead then.

Renewable investment, on the other hand, will always carry some risk: Technology risk, risks from competition (especially overseas competition) and risks of changing government policies. And initially the supplies we get from renewables can’t begin to compare with what we can get from “brown energy.”

Dollar for dollar, you’ll get a better return of BTU’s going brown than green for some time. You don’t have to rebuild brown infrastructure. You don’t have to change the way the grid works. You just find stuff, move it, and burn it. And in the long run, we’re all dead.

What’s strange about this argument, to me, is you could easily have made it 40 years ago against many areas of technology we take for granted. Ted Turner was called a fool for thinking he could make money bouncing the signal of an obscure Atlanta TV station off a satellite. Ken Olsen of Digital Equipment Corp. insisted there was no market for a personal computer. Many financial analysts questioned whether Intel or Texas Instruments could find markets beyond toys and gadgets for microprocessors and digital signal processors.

New technology always has skeptics. But when new technology meets a market that’s ready for it, it blows through the “s” curve of demand – suddenly everyone has an iPhone and a Facebook account.

The fact is that today the people are ahead of the market. Four in five of us like solar energy, three in four of us like wind energy, even though most of us can’t yet find or afford solutions. The real market for solar remains small, a niche when compared with other forms of energy. 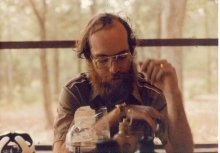 Back when I first came to Atlanta, I was given a “high tech” beat and, convinced computing was the way to go, I bought my own PC. I lugged that PC back-and-forth to work for months, along with a dot-matrix printer and 300 baud modem. Soon I was doing the work of three men, and feeling pretty cocky about it.

What did my boss do? He fired me and hired three people who wouldn’t make trouble. Being right doesn’t mean you’ll find smooth sailing. It’s no insurance against setbacks. It won’t stop the trolls.

We just have to keep moving forward.