More
Home Baseload Bioenergy The Enemy Is Us 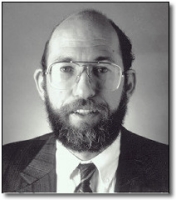 This policy deterioration was simultaneous with a global energy situation in recent years characterized by wars and terrorism, increasing instability in the oil markets. Oil prices recently rose to a record $55 per barrel, while natural gas prices have hit 40-year highs and gasoline prices strayed over $2 per gallon throughout the United States. Environmental degradation and climate change advance even as public opinion polls report that a broad cross-section of the electorate names environmental protection among its top issues. Despite the snail’s pace in federal policy, renewable energy gains are being made by state and local governments representing a significant portion of the U.S. economy. Governors of Arizona, California, Illinois, Massachusetts, Nevada, New Jersey, New Mexico, New York, Pennsylvania and Wisconsin have become ardent supporters of renewable energy – some using their offices to drive policy and economic expansion of these industries. Where the public support is strong, markets are expanding – and yet federal policy support is at the lowest point in decades. Neither presidential candidate bothered to make renewable energy a significant part of his election platform. How has the renewable energy community found itself in this predicament? Cartoonist Walt Kelly of “Pogo” may have best characterized our situation: “We have met the enemy and he is us.” Perhaps we, ourselves, in the renewable energy research, industry, analysis and advocacy somehow contributed to weak federal policies. Isolationism, Fragmentation Rule Reasons for the federal policy vacuum are many and complex, but I attribute the decline to four basic situations. Industry Navel-Gazing First, our renewable energy community has become overly inward-focused, both in policy and technology. In May 1978, by organizing a national event promoting all clean technologies, Sun Day, led by Denis Hayes, helped galvanize the national environmental community. The solar lobby that resulted aimed to transform this national grassroots support into federal policy. As the gun lobby so clearly proves, policymakers respond to effective grassroots action and lobbying. Yet our communities seemed more consumed in publishing energy studies that preach to the choir about the threats of oil dependence, but may be too obtuse to the electorate or even the policymakers we wish to persuade. Outdated Analytical Tools Second, it is increasingly clear that the analytical tools used to assess the economics, environmental and security effects, and market penetration for centralized, fossil fuel-driven technologies are inappropriate for the distributed applications that characterize most renewable energy technologies. Though we have made some good attempts to update older tools with “minitools,” these efforts are overwhelmed by conventional approaches. The telecommunications industry faced this same challenge in evolving to cellular communications, but the renewable energy community has found these new tactics elusive. Developing more appropriate analytical tools may require our national laboratories to be leaders rather than federal agency support contractors. It will also require more reliance on universities to “fill the void” where government funding is lacking. “Me First” Agendas Third, our national renewable energy organizations have learned to play “the inside policy game” to win technology-specific incentives. Though this approach has short-term value, it can result in lost opportunities in the long run. We saw this situation exemplified last spring, when national renewable energy association leaders (not including American Solar Energy Society leaders, notably) proudly stood beside the Senate Energy Committee chairman at a press conference promoting the proposed energy bill. Their support was understandable, as some critical renewable energy tax provisions were embedded in the weak energy bill. But getting important nuggets in a skewed grab bag of a legislative bill does little to promote the goals of renewable energy players in the larger energy industry. In contrast, the Colorado organizers of the winning, first-ever statewide renewable energy portfolio standard referendum made sure there was “banding” to ensure that solar was part of the “portfolio.” Lack of Industry Unity or Clarity of Purpose Our industry promotes renewable energy portfolio standards that in many cases advance only a handful of technologies. The powerful benefits possible through using all renewable energy options in tandem vastly outweigh those of any single-technology path. Further, the hybridization of renewable energy technologies, products and projects will only strengthen the industry. But government programs at all levels must encourage this goal, and enable standardization and modularization of these technologies and components. A New Year’s Resolution Clearly, we have plenty of work to do as an industry if we are to see renewable energy in every home and business. We must improve outreach efforts, develop more appropriate analytical tools and support initiatives that promote the far-reaching potential of the breadth of renewable energy options. Most of all, we must join efforts to achieve these goals as a single, powerful force. I don’t suggest that these issues can be corrected overnight. Nor do I wish to imply that the industry’s good efforts to promote renewable energy are in any way tainted. But as we enter a new year and a Bush administration second term, it’s time for some honest introspection and dialogue among leaders throughout the renewable energy community. About the author… Scott Sklar is president of his own policy and strategic marketing firm, The Stella Group Ltd., Washington, D.C. (solarsklar@aol.com). Previously, he served simultaneously as executive director of the Solar Energy Industries Association and the National BioEnergy Industries Association for 15 years. His book, A Consumer Guide to Solar Energy, was re-released in 2004 for its third printing. This article also appeared in the January/February issue of SOLAR TODAY, the magazine of the American Solar Energy Society. For more information, see the link below.