More
Home Baseload Hydropower The Big Question: Does Europe Need a Supergrid To Meet its Renewable...

London, UK Is a supergrid necessary for successful renewables development, if so then how can this be achieved in a relatively short time frame and with limited financial resources. If not, then how will massive quantities of new renewable generation capacity be integrated into Europe’s aging electricity transmission system?

A European supergrid is increasingly seen as a fundamental component to enabling the region to achieve its renewable energy policy goals. We are already seeing the limits to transmission capacity for renewable energy being reached in many countries, and we are even seeing clean energy production being curtailed in some regions by the inability of the grid to transmit the energy to demand centres. In the short term, much more could be done by grid operators to make a level playing field for renewables. Existing transmission capacity could be used much more effectively in maximising energy production through, for example, transmission capacity auctions or a system of grid access based on carbon or other sustainability criteria.

In the longer term, the low risk and long life nature of transmission grids makes them very attractive to annuity and fixed income funds and other institutional investors. The UK regulator’s Offshore Transmission Operator (OFTO) regime sets an encouraging precedent for the types of regulatory structures which could be used to enhance the flow of capital to the sector. Over time, we would anticipate similar structures being adopted in other markets around Europe to enable the significant investment flows required. The two key benefits of such structures are to lower the cost of capital in the sector and hence reduce costs to consumers; and, expanding the pools of capital available to the renewable sector, which is critical given the constraints of conventional investors.

Both the industry and regulators will need to work closely together to match the specific needs of each country so they can attract much needed capital to the sector to underpin the large amount of capital needed to build out Europe’s supergrid.

My own feeling is that the supergrid will be seen as an absolute necessity by the British and German governments as they seek to meet their 2020 renewable obligations. It will be impossible for the UK to build 25 GW of offshore wind without the Supergrid – indeed Prime Minister Cameron issued a recent statement in support of a pan-European supergrid. 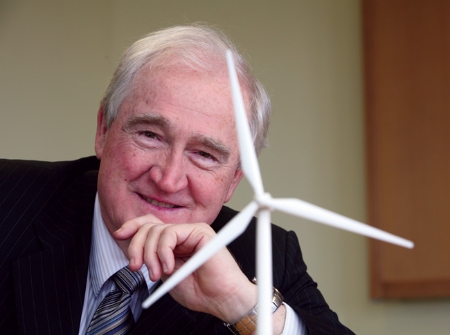 Back in 2001 when I first put forward the idea of the North Sea supergrid, the big question was why? Ten years on, I’m glad to say that the question has changed to how, where and when. How can we build it? Who will own it/finance it/regulate it?

It’s about setting out a clear vision for a low carbon Europe. And that vision must come from the top. Europe’s governments need to show the world that they are entirely committed to leading the global transition to sustainability. This commitment must come through ambitious targets, long-term policy and transparent regulation.

It is clear European policy to create a single market for electricity and this can’t be done without the supergrid. Last year a grouping of 20 of the largest European companies, with a combined market capitalisation of €250 billion, came together under the collective title of Friends of the Supergrid (FOSG). Its members include UK National Grid, the company responsible for connecting 25,000 MW of offshore wind. Through the combination of their respective areas of expertise, the FOSG members have unique insight into the policies needed to create the supergrid. The objective is to collate their pooled wisdom so as to accelerate the supergrid build process. The FOSG will intervene in the policy formulation debate so as to offer the optimum technological solutions, propose how technical standards could be set and policed, with suggestions as to how the supergrid could be best owned, operated, paid for and built quickly.

Such a vast undertaking requires a European framework. But it will need the genius of the private sector to innovate, and take risks, and thereby provide the required technical solutions at least cost.

The greatest challenge of the next half century is to complete the one off transformation of the energy economy but the prize to be won is great; energy independence and no pollution for Europe.

If climate change is to be limited to an acceptable level, it is imperative that global CO2 emissions are reduced very rapidly. More clearly: By the mid-century these emissions must be reduced by 50% compared with the 1990 level.

This reduction must also take into account the expected economic growth of developing countries, which will inevitably be accompanied by a further growth in emissions in these countries. Consequently this necessitates that the energy systems in the industrialised world be transformed into emission-free ones!

In Europe there is a political consensus that renewable energy will have to play a major role in such a transformation. For an economically optimised energy supply system, the individual renewable sources such as wind, solar and biomass must be placed at sites providing the highest possible output. Since these sites are not congruent with the location of the centres of consumption, transportation capacities for this clean electricity output must be made available. 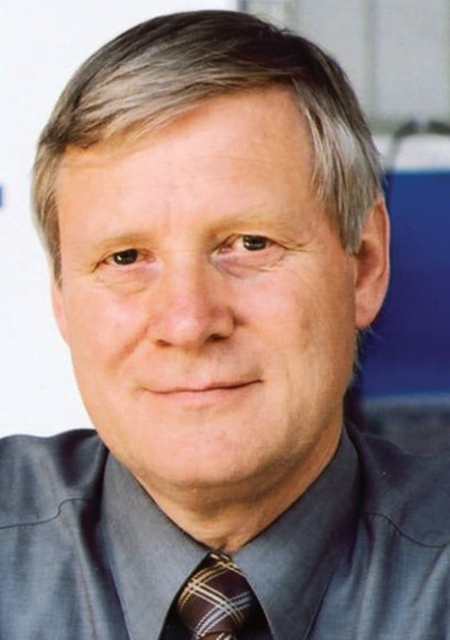 The capacity of the necessary infrastructure exceeds the capacity of existing grids by far in terms of maximum power as well as in terms of distance. Since wind and solar power fluctuate, a second function of such a supergrid is to provide a balance between different locations (there is always wind blowing somewhere in Europe) and different sources.

A third function of the supergrid is to make accessible the existing hydropower storage capabilities such as the enormous facilities located in Norway, which to date cannot be fully exploited due to the lack of adequate interconnections. Such a supergrid can only be optimised if scenarios for the renewable energy installations in all EU member states are taken into account. Power flow simulations can reveal the necessary transport capacities throughout Europe and beyond.

Due to the extremely short time period left for realising the supergrid, the European Commission must take action and coordinate the planning process as well as prepare the relevant legal framework for its installation and operation. Harmonised tariffs for restriction-free access and use for both producers and consumers is a further issue which needs to be tackled. Only one body is suitable for taking on the responsibility for the planning, realisation, financing and operation of the supergrid: The European Commission.

Yes, it is very necessary since a supergrid is the only one straucture able to combine the fact that certain renewable energy generation systems are typically located far from consumption centres and that not necessarily the same type of renewable energy resources are available everywhere. The supergrid will allow the effective exploitation of wind, solar, hydro and other resources which are coming from different parts of Europe and North Africa.

We can start building the supergrid in phases, initially among some North Sea countries. We concretely propose, for instance, to start with the UK, Belgium, Germany and Norway by 2015 so that it is operational by 2020. From 2015 and until 2050, other phases of the supergrid will also be added until, in 2050, we have a quite complete one in place.

The supergrid is simply necessary to integrate massive volumes of renewable energy. Without it, hundreds of cross-border lines within and between member states would result — a much more expensive and less efficient network — making public acceptance impossible.

There is little doubt that the next 20 years will see considerable additions of new and remote wind generation in Europe, especially in the north-west of the continent. Will this mean the need for a supergrid, designed to transmit bulk electricity across large distances? Maybe.

Another important question is whether the supergrid is among the least cost means of enabling the matching supply and demand across different parts of Europe? Quite possibly, but we’re not sure that this economic analysis has yet been fully undertaken.

The supergrid is very much a ‘generation-side’ solution. There is also likely to be a large and growing mix of technical and market mechanisms, all with different costs and environmental impacts. These include:

• Demand side management. Heat pumps, smart appliances, dynamic electricity tariffs and electric vehicles are all examples of this. Small-scale CHP with associated heat storage is also a means of ‘shifting’ demand.

• Energy storage — at different scales, right down to stationary electricity storage at distribution network level and in the home.

• ‘Flexing’ of on-site generation, including commercial and industrial CHP.

So we would without hesitation include the supergrid in the mix of possible solutions to enable renewable energy integration and grid system balancing in the EU, but we would also highlight the high potential of demand-side options to bring this about. Hopefully, the overall costs of the different options are taken into account when policymakers determine the way forward.

Firstly, we need to acknowledge that the UK is already dependent on energy from far away. We buy oil from the Middle East, gas from Russia and uranium from South Africa. As we decarbonise our energy system, then oil and gas will be replaced by electricity generated from renewable sources. The UK with its wealth of wind and tidal resource is just waiting to be tapped, it also has an opportunity to become a major exporter of renewable energy. But to do this it needs a transportation system. This is where the supergrid comes in.

A supergrid will give us the opportunity to export that energy to Europe and beyond. And in times when our renewable resources are not sufficient, then we can import from other parts of Europe where renewable energy generation is at its peak. It also offers more opportunity for storage in the form of pump storage and hydro in more mountainous areas of the continent. If we stretch the supergrid to North Africa, then solar can play a significant role.

As to financing, then we must ask ourselves whether we can afford not to. The Gulf states would not be rich if they had not built supertankers to deliver oil to the four corners of the globe, and Russia would be worse off if it had not built pipelines to export gas. Not only would we lose the opportunity to export, but we would have to invest in other technologies to provide back up for the few times when the weather is unfavourable to renewables in the UK.

The supergrid does not have to be built overnight — there are currently several schemes being considered to connect grids from various countries. If the UK could build a North Sea supergrid with other North Sea neighbours and a connection to Ireland, that would be a start. If the Mediterranean countries could co-ordinate something similar there, with another scheme along the western side of the continent then all we need to do is start linking them to create a full EU supergrid.

A supergrid would free us from the energy security issues associated with importing fossil fuels and the price risk inherent in that — it would be an investment worth making to keep our future energy costs down, not to mention to mitigate climate change.