Several countries, including Scotland and the Philippines, have recently announced impressive plans to obtain all of their power from renewable energy. With many countries setting their sights on much lower, incremental goals, these lofty aspirations have jarred the industry and sparked a debate.

What are the major barriers that countries face in order to reach 100 percent renewable energy — is this goal always achievable or desirable?

Let your voice be heard in the comments below! 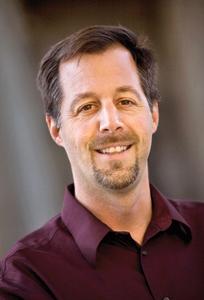 Goals serve an important purpose to ensure effort achieves a larger objective. Yet there’s a difference between ambition and goals. Ambition provides inspiration, a rationale for why we want to achieve an objective. Ambition is a stretch, transformational. Goals are practical, measureable actions necessary to achieve the ambition.

Powering a country entirely with renewables can be inspirational, and may be achievable where the environment is blessed with abundant renewables that can be utilized safely, reliably and cost effectively — such as Iceland. But we should examine why we want to achieve a 100 percent renewables goal. Is this the best goal to achieve a larger ambition? Iceland isn’t renewable-powered due to a specific goal. It’s their best option given local conditions.

Ambition should focus on countries doing their utmost to address global warming for current and future generations with one (of many) goals being the lowest carbon emission system possible while ensuring reliability, safety, and cost efficiency. Power supply diversity that takes advantage of local resources and regional/cross-border transmission grids is a proven method for ensuring system objectives are met. 100 percent supply solutions fail to adequately acknowledge the technical, societal, and costs risks associated with an absolute goal – regardless of the generating technology.

Achieving the final incremental percentages of any goal (speed records, altitude records) is usually difficult, high risk, and impractical given alternatives. Plus, 100 percent renewable goals can quickly become politicized, resulting in delays, distractions or flawed policy that impedes progress toward our ultimate ambition.

As a dedicated, renewable energy professional, I’d like as much zero carbon emitting, renewable generation brought online as possible while ensuring a robust, secure, reliable, and cost effective system for society and our economies. Thus, 100 percent renewable goals will not be the best solution. But we should accept various goals that support the higher ambition.

As global segment director for renewable energy services, Mr. Smith develops and implements the global renewable energy business strategy for DNV KEMA Energy & Sustainability. He is a veteran of the wind industry with 14 years of service performing a wide range of engineering, advisory and project management activities. 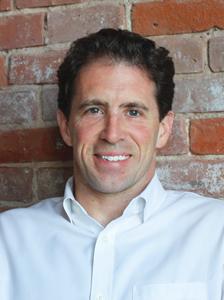 Fossil fuels are exhaustible. Therefore, a transition to an economy that runs on sustainable energy sources is both necessary and inevitable. However, a near-term focus on “100 percent renewables” runs the risk of attracting more criticism than support. An approach that focuses on high penetration (greater than 50 percent) of renewables will provide a more effective path to a sustainable energy future.

Thanks to the technological progress and cost reduction that has occurred over the last decade, renewables are now reaching grid parity in more and more areas around the world. In tandem, on-going technology developments in energy efficiency pay for themselves and reduce the load that must be carried by renewables.

Managing energy usage and large swings in supply through automated demand response will be essential — particularly in buildings, which drive peak electric demand. The advent of low-cost smart electronics in the last decade offers a means of enabling the necessary energy management.

High penetration of renewables will also require investments in both grid storage and transmission to re-distribute power across time zones and to smooth out supply intermittency. Pumped-storage hydroelectricity remains the most cost-effective storage method, though the arrival of low-cost electric vehicles adds the potential for substantial storage via vehicle-to-grid architectures.

The remaining challenge is to create the regulatory framework, standards, and incentives to enable economies to make dramatic shifts in their energy mix and invest the capital that is required. While the necessary investment is substantial, the benefits include economic development and job creation.

Dr. Geoffrey Kinsey is the director of photovoltaic technologies at the Boston-based Fraunhofer Center for Sustainable Energy Systems (CSE), a leading provider of contract research and development services to the U.S. renewable energy industry. 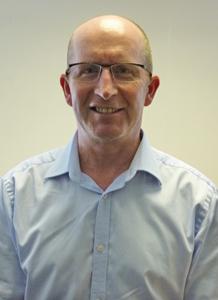 Within the petroleum industry, energy sources such as oil, gas, coal and nuclear are still the main players, and while I doubt it would be feasible to replace these entirely with renewable energy, there is certainly a place for this type of natural resource.

The industrial-scale wind farms that are being installed off the UK coast clearly indicate that renewables can be a major power source. However, it is unlikely that they would be able to replace the current enormous capacity coming from fossil sources. Although wind farms — particularly offshore — have their place as part of a healthy energy mix and are a significant new development in the energy sector (even after years of challenges, installation issues, insurance claims and legal wrangling).

The wave and tidal sector, however, is lagging behind offshore wind. Many projects are delayed as companies re-structure, re-design and struggle to find the balance between design ideas and commercial reality. This sector is facing a tough time with just one or two serious designs coming to market that offer decent potential. This issue, plus the associated power output costs, suggests that we are many years from commercial wave-tidal plants that can operate and produce sizeable power.

The main barriers to renewable energy are really cost and commercial scalability, notwithstanding the legal ramifications of objectors — both political and environmental. Wind power is advancing, but when you consider the EU targets of 20 percent renewables by 2020, the 100 percent targets of countries such as Scotland and the Philippines tend to look like well-meant pipedreams.

John has 23 years of sales experience, six of them specializing in renewable energy. During his ten months at Trelleborg, John has grown and developed the company’s renewables offering in line with wind, wave and tidal opportunities in this growing sector. 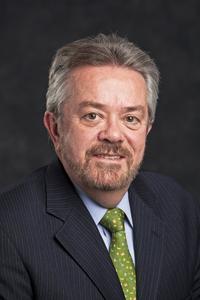 A decade ago I doubt if any national leaders would have considered it even a remote possibility that their country could be powered 100 percent by renewables. The fact that some countries have now publicly set near-term goals to do just that is nothing short of amazing. It is truly an indication of how quickly solar, wind and other renewables have advanced in the past several years.

Many countries have the renewable resources to meet 100 percent of their energy needs. Scotland has abundant sources of hydro, wind and wave power. The Philippines have excellent solar, geothermal, hydro and biomass potential. However, the barriers to attaining such large-scale utilization of renewables remain daunting.

Getting to 100 percent renewables faces technical, economic and political challenges. Technically the development of a truly smart grid and the integration of storage and micro-grids into that smart grid are substantial challenges. On the policy side, one must ask if getting to 100 percent renewables quickly is the best use of the financial resources of a country like the Philippines or Scotland. Also, the political will to accomplish such a challenging goal must exist.

Getting to 100 percent renewables is certainly a laudable goal, but political leaders should plot a course that makes economic sense. Go for the low-hanging fruit first — efficiency and hydropower are great initial steps.

Target renewables into the most cost-effective locations first, such as those without an extensive grid, create micro-grids and utilize energy storage. Build towards 100 percent renewables gradually, allowing for technical advancements and cost reductions that will be driven by global markets.

Actually reaching 100 percent renewables is not really the point. Renewables are a domestic energy source. Getting to 60 or 70 percent renewables would have a dramatic economic effect — not to mention significant positive impact on the environment and global warming.

Since 2007 Tony Clifford has led Standard Solar’s rapid growth into a nationally known PV developer/ EPC. He is an elected board member of the Solar Energy Industries Association (SEIA), serves on SEIA’s Executive Committee and also served as the president of the regional chapter of SEIA, MDV-SEIA, from 2009 to 2012.