The grid operators in the West are getting organized and that’s great news for New Energy.

To begin with, they have identified 55 areas rich with New Energy resources (“hubs”) in the vicinity of the 20 most significant population centers (“load centers”) and ranked them according to their economic and environmental viability.

This is work generated from the Western Renewable Energy Zone (WREZ) initiative, a forum for coordinating transmission expansion for the region’s grid (“the Western Interconnection”).

Researchers at the Department of Energy (DOE) Lawrence Berkeley National Laboratory (LBNL) demonstrate what that enormous database is capable of with Exploration of Resource and Transmission Expansion Decisions in the Western Renewable Energy Zone Initiative, a new paper that identifies what each load center’s best New Energy is, where it is and how much investment is needed to build the necessary new transmission so that the West can obtain one-third of its electricity from New Energy sources by 2029. ::continue:: 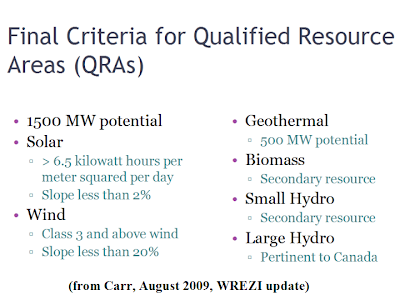 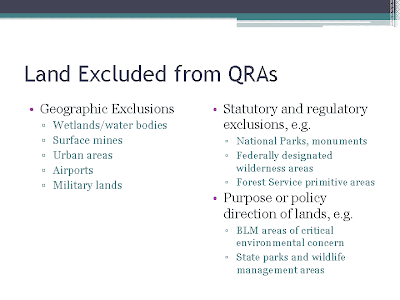 Each New Energy source is assigned an Adjusted Delivered Cost (ADC) that determines its relative value.

(1) Wind energy is the most available New Energy in the West and could make up 38-to-65% of New Energy’s one-third of Western power.

(2) Solar energy is the next most available New Energy, capable of providing 14-to-41% of the one-third.

(3) Solar can provide a larger part of the one-third only where solar power plant generation achieves a lower cost.

(4) Biomass, geothermal, and hydropower are abundant in some local areas but are available only in limited numbers of the WREZ hubs and therefore cannot provide more than 16-to-23% of the overall one-third.

(5) The total cost for new transmission needed to deliver one-third of the West’s power from New Energy is estimated at $22-to-$34 billion. The money would be used to build mostly 230-to-315 mile segments, though there would likely need to be a few very long new transmission lines of 800+ miles.

(7) The $17-tp-34 billion cost of new transmission represents 10-to-19% of the total delivered cost of New Energy, meaning that – because New Energy has no fuel costs – the bulk of the cost for New Energy is the building of infrastructure expected to have a 25+ year life of service.

The sophistication of this LBNL analysis is remarkable. It demonstrates the enormous level of maturation the New Energies have achieved and the degree to which the vision of a New Energy economy is drawing ever nearer to reality. 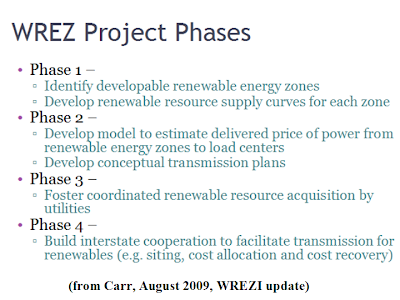 This post is based on Exploration of Resource and Transmission Expansion Decisions in the Western Renewable Energy Zone Initiative by Andrew Mills, Amol Phadke, and Ryan Wiser (February 2010, Lawrence Berkeley National Laboratory)