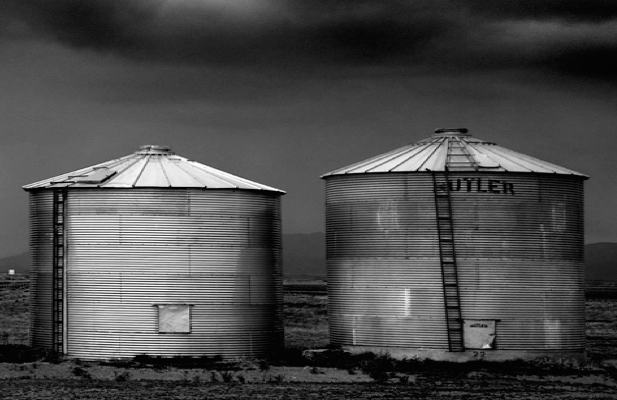 I know a policy maker, who when told to look both ways crossing the street, looked up and down. Not surprisingly he is no longer with us—having been run over by a truck coming from the left, or was it the right?

Ok, I made that up. The story may not be true; however, it does highlight an important lesson in policy making: the most effective and impactful policies are those made at their nexus with other issues! Throughout my career I have seen a pronounced tendency on the part of the policy community to confine thinking within narrow sets of parameters—often in a vertical or one dimensional manner.

I was recently reminded of the policy maker’s penchant to think in straight lines, when preparing to brief a Vietnamese delegation of energy, environment and economic development ministers. The USAID sponsored delegation was touring the U.S. to gain greater appreciation of the role renewable energy technologies are playing in our domestic energy economy—in an effort to better appreciate the role they might play in theirs.

With only a day or so to prepare, the opportunity required a quick dive to familiarize myself with Vietnam’s current energy/environment/economic development plans. Even a quick review of those plans showed a high degree of singularity. I am defining singularity in this case as treating an issue, e.g. energy, environment or economic development, without recognizing and/or valuing its relationship to other issues or options.

Absent an integrated context, the true benefit or cost of a particular policy is difficult to ascertain. More importantly, failing to account for cross-sectoral relationships often results in false positives. The current Vietnamese energy plan is an instructive example of the consequence of failing to look across multiple sectors when formulating energy policy.

To meet energy demand between now and 2030, Vietnamese policy makers are currently committed to continuing reliance on fossil fuels and large hydro, while emphasizing expansion of the central system and improving reliability. The plan establishes only a token target of 6 percent renewables and efficiency, e.g. solar, wind, daylighting and biomass, and barely references distributed generation.

It was clear from reading the plan that it was designed primarily to achieve the singular objective of meeting the projected demand for electricity through 2030. However, had the plan’s author(s) approached the matter more broadly and considered the relationship of electric generation to other socio-economic issues facing Vietnam, a very different plan might well have emerged. That plan would undoubtedly establish a target of over 50 percent electric generation from renewables, within a framework that encouraged distributed as well as central generation.

A number of requirements must be met for Vietnam to achieve the next stage of development. Among these are: a reliable and ubiquitous power system; an influx of development and investment dollars; a better balance between exports and imports; greater resiliency to disasters; a better built environment; a modernized transportation sector; and, a rational and efficient resource management system.

According to USAID, Vietnam is one of the most environmentally at-risk nations in the world. Power (electric) production is a major contributor to its environmental problems. A threefold increase in carbon emissions in the country is predicted between now and 2030 assuming continued reliance on fossil fuels. Large hydro, which represents a third of current and future electric generation, has proven as problematic from an environmental perspective as coal, oil and natural gas. Vietnam’s large hydro projects have: ravaged the nation’s forests; robbed the agricultural sector of needed water supplies; and, caused untold damage to communities because of dam bursts that are the result of shoddy construction.

An energy plan that is tilted towards non-hydro renewables and efficiency, e.g. solar, wind, sustainable woody biomass, agricultural and urban waste, and accommodative of distributed generation would do more than simply meet Vietnam’s current and future power demand. It would:

The predilection of policy makers to practice their trade with blinders on is by no means limited to Vietnam or the developing world. Whether because of a belief that a glance sideways will “muddy the waters,” a discomfort with venturing into unknown waters, or a simple lack of vision or imagination, I am as guilty as anyone.

There are few things in the [policy] world, however, that are not related to something else. We live in a connected world. The biggest barrier to a renewable energy economy is neither available resources nor reliable technologies; it is the absence of integrated policies. It is the obligation of policy professionals to understand and reflect the context in which their proposals are drafted and deployed. Only by connecting the dots will the true value of clean renewable energy and efficiency measures be recognized, their benefits optimized and the negative costs of fossil fuels avoided.

I will always remember my imaginary friend and the lesson he taught me. I urge my colleagues to do the same and be sure to look in all directions when next crossing the street.