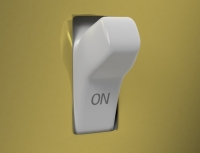 New Hampshire, USA — After several painfully slow years for geothermal developments, industry advocates will be glad to hear that 2012 turned out to be one of those most successful years in the past decade, according to Karl Gawell, executive director of the Geothermal Energy Association (GEA). With more than 100 megawatts (MW) of capacity brought online and plenty of burgeoning international markets, the geothermal industry has reason to celebrate – despite some nagging ongoing barriers to development.

Unlike 2010 and 2011 where the U.S. geothermal industry saw little to zero capacity go online, 2012 was the year of project commissions. Much of this development was in the Southwest part and all of it is considered “greenfield,” or new geothermal projects in areas that had not been previously developed, according to Paul Thomsen, director of policy and business development at ORMAT Technologies.

This year, in Imperial Valley, Calif., EnergySource unveiled its 49.9-MW Hudson Ranch I plant, now renamed the John L. Featherstone plant after geothermal pioneer and EnergySource founder.  Due to the area’s huge resource potential of up to two gigawatts (GW), EnergySource plans to continue development. The company began drilling on the Hudson Ranch II project in late November.

US Geothermal also started up its San Emidio project in Nevada, which delivers power to NV Energy through a 25-year power purchase agreement (PPA). Commissioned in May, the project originally has a capacity of 8.6 MW, but it has since increased its capacity to 9 MW. US Geothermal also flipped the switch on its 22-MW Neal Hot Springs project in Oregon, which uses a new non-flammable non-toxic working fluid rather than traditional isopentane, which absorbs the heat of the natural geothermal resource. TAS Energy provided technology equipment for both projects.

Though these are just a few of the projects that went online in 2012, they all consist of what Thomsen says are the three ideal success factors for a geothermal project: a proven resource, successful permitting, and a PPA. And though helpful, Thomsen believes that geothermal projects are not as reliant on federal incentives as other industries.

“Federal incentives…are not the make or break point for these projects,” says Thomsen. “What separates the geothermal industry from the wind or solar industry [is that] we’re not as beholden to those incentives, as long as we can have those three criteria.”

The Future for U.S. Geothermal?

While there was lots of development in 2012, there was also a fair amount of plant expansion, and ORMAT believes that it may have started a trend in Hawaii. The 30-MW Puna Geothermal Venture began commercial operation in 1993, and is the only geothermal plant in Hawaii. ORMAT acquired the plant in 2004 and began plans for an 8-MW expansion. However, Hawaii is in a unique situation in that it has too much power, so in order for ORMAT to strike a deal with its utility, it made the entire plant dispatchable. This means that the plant can ramp up or down depending on electricity needs – similar to a peaking plant.

“We’re providing frequency control and power to the grid when the utility needs it, so they can say, ‘Hey, were having problems, everybody is turning on their air conditioner and we need to ramp up the plant to 38 MW.’ Or they can say, ‘It’s a relatively mild day, we don’t need this power, we want to back you off to 25 MW,’” said Thomsen. “It’s better than a peaking plant because it can peak, and it can provide baseload power, voltage regularity and oscillate, too – we can go up 2 MW down 2 MW all day long if they need us to.”

So could this be the new project model for geothermal projects? Thomsen says many utilities are facing the same dilemma – they have to decide between using existing equipment that is paid off and continuing to purchase fossil fuels, or making a capital investment in new equipment. According to Thomsen, the fuel costs simply pass down to ratepayers with no impact on the utility, while shutting down power plants and purchasing new equipment has a capital impact on the utility. This means utilities must decide if they want to make that investment to benefit ratepayers 10-20 years down the road, according to Thomsen.

Using Hawaii as an example, Thomsen says utilities “are starting to make those [investment] decisions, but at this point [Hawaii is] about 30% over capacity. They knew they wanted this geothermal power, but they had to justify it to the PUC [public utilities commission], so that’s why they have us on grid support.”

Elaine Sison-Lebrilla, renewable energy program manager at the Sacramento Municipal Utilities District (SMUD) spoke on a geothermal panel at the Renewable Energy World North America Conference and Expo last week and shared the same thoughts as Thomsen. Especially due to an increase in renewables on the grid, Sison-Lebrills says variability will make geothermal a more viable option.

“In the near term, we are going to expect a lot more solar and wind coming into the service territory – especially solar because it is local and we don’t have to deal with transmission issues,” says Sison-Lebrilla. “Geothermal as a baseload renewable will still be there and be more valuable in the future to mitigate variable renewables that could impact [utilities].”

The geothermal industry has continued its fight for fair representation and benefits in the energy industry. Because it is a baseload, steady power source, many in the industry argue that it should not share the same incentives as variable renewables – it should have those similar to the oil and gas industry. According to Thomsen, the oil and gas industry has dozens of incentives that the geothermal industry could greatly benefit from. For example, oil and gas projects are able to deduct well field drilling costs from gross revenue, which is a major expense.

“Clearly we have a situation where geothermal is not given its due, it is not properly valued, and is being put on parity with wind and solar when we know they are intermittent technologies,” explained Halley Dickey, director of business development at TAS Energy during a session at the recent REWNA Conference and Expo.

However, others caution the industry to not overplay this argument. During the same session, Gene Larson, vice president of business development at SNC-Lavalin Thermal Power, gave a word of warning:

I caution the GEA to downplay the rhetoric around intermittency and the unfairness of it. In the U.S., solar happens to occur during peak hours where and wind blows at night, which can provide baseload for the evening. At coal-based utilities where 85% of their generation is coal, they are having to make a choice of what their future business model looks like because by 2016 they are out of business under current regulations. They are playing this renewable thing to the hilt because it balances a little bit. They might need a bit of gas peaking to turn it out, but intermittency plays pretty well in most markets, so you have to be careful about hitting too hard on that point.

Though there are differing opinions on how to approach these incentives, it seems as though the industry is unanimous when it comes to the possibility of a production tax credit (PTC) revision. Though much of the renewable focus has been on whether the wind PTC will be extended at the end of this year, other renewables are pushing for a revision to the existing credit. According to Gawell, the provision will change the condition of the PTC so that projects under construction by January 1, 2014 would qualify, rather than completed projects. This is expected to create a huge burst in project development.

Thomsen believes that this provision will eliminate the cliff that the industry already sees with projects halting construction, even though the geothermal PTC doesn’t expire until 2014.

“People stopped drilling projects a year or two ago because they knew they couldn’t risk missing that deadline,” says Thomsen.  “If we could change that deadline from online to under construction…it would spur the development of many, many geothermal projects that have basically put on the breaks because of the fear of not being able to commence commercial operation before the deadline.”

Gawell is confident that the provision will pass, and the fiscal cliff deal will be the vehicle that pushes it forward.  “In Washington no one ever tells you that something stands a good chance, but I think this right now stands a reasonably good chance, but it has to be part of the bigger deal,” says Gawell.

The PTC provision would amount to great development for the geothermal industry, but many companies aren’t banking on it passing. In effect, international geothermal development interest is growing. According to Mike Long of POWER Engineering, the industry is booming in places like East Africa and Indonesia, and companies are taking notice by setting up offices overseas.

“It’s clear that things are going to slow down in the U.S., which is why we need to be outwardly focused. We have tremendous technology and expertise here [in the US] and we should be exporting that technology and expertise globally,” says Dickey. “If you talk to companies active in geothermal are saying they are spending a lot more energy on global markets like Africa, in the Rift Valley, Indonesia, Philippines.”

Though there may be burgeoning interest in certain international markets now, Thomsen warns to keep things in perspective. He says it’s not as easy to do business overseas as you may think. For example, Kenya sets up a system where companies bid on projects, and a U.S. company may not have as much luck as local bidders. In Indonesia, it is very difficult to find reliable financers. In the end, says Thomsen, the grass isn’t always greener on the other side, and companies shouldn’t give up on the U.S.

“Maybe you’ve found an easier or better project abroad, but geothermal is geothermal. No matter where you are in the world you need those three criteria – a proven resource, permit, and a PPA or third party,” says Thomsen. “While we see the international market as robust at the moment, we haven’t given up on the U.S., and we think the U.S. market can be just as robust. It’s an ebb and flow as we go through the years.”

Lead image: On switch via Shutterstock