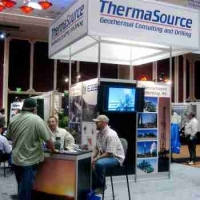 Nevada, United States [RenewableEnergyWorld.com] In the past, geothermal energy might have been called the underdog of renewable energy. But if one were to characterize the industry based on current growth and technological innovation, it might be more accurate to call geothermal the rising star of renewables.

“Wind, solar, bioenergy — these are all great technologies and are all an equally important piece of the energy picture. But we need to rapidly scale up our renewable baseload energy and geothermal offers benefits that some of the other technologies don’t offer,” said Karl Gawell, Executive Director of the GEA.

Over the last couple of years — and especially in the last year — more U.S. politicians and investors have realized geothermal’s necessary role, said Gawell. That recognition is encouraging faster rates of conventional development as well as interest in new technologies that will greatly expand the amount of exploitable resources, ushering in what some industry professionals are now calling a renaissance.

“I’d say the factors are coming together to create a renaissance for geothermal,” said Gawell. “This has gathered momentum over the last few years. As with the other renewable energy technologies, there are many factors converging that create the right conditions for a new period of innovative, sustainable growth.”

With 2,957 megawatts (MW) of capacity online today, the U.S. is the global leader in geothermal capacity. But the industry still represents a miniscule portion of America’s energy mix, especially when considering the role it can play as a provider of continuous baseload power. In the next 5 years or so, the industry will add around 3,979 MW of capacity, according to GEA. That will more than double existing capacity.

“These are conservative estimates,” said Alexander Richter, Director of Global Research at Glitnir Bank. “When you consider the other emerging technologies like EGS [Engineered Geothermal Systems] and systems that utilize low-temperature resources, the potential is far greater than is being projected.”

Indeed, these emerging technologies have been instrumental in raising more awareness about geothermal, an industry that has seen very few “sexy” innovations compared with other renewable energies. With an increased focus on large-scale, high temperature EGS and smaller, quickly deployable modular units for previously unusable low-temperature resources, the industry is attracting due attention.

In January of 2007, EGS was brought to the forefront of the energy conversation when the Massachusetts Institute of Technology (MIT) and the U.S. Department of Energy released a report examining its potential.

Instead of using hot water close to the earth’s surface to generate electricity, EGS projects use the heat from rocks deep beneath the earth’s crust. By drilling into these hot rocks and cycling water through the bore hole to create steam and run a turbine, developers can create an “artificial” resource. If developed, these engineered resources could create an exponential increase in U.S. geothermal capacity.

The MIT/DOE report concluded that EGS projects could provide an additional 100 gigawatts (GW) of geothermal capacity in the U.S. by 2050. That finding caught the attention of major investors, including the web-giant Google. In August, Google announced that it would invest US $10.7 million in the EGS market as part of its RE<C Initiative, a project designed to make the price of electricity from renewables less than coal.

“We’re very interested in the geothermal space and we see EGS as one of the most promising technologies as part of our effort to make renewables cheaper,” said Dan Reicher, Director of Climate Change and Energy Initiatives at Google.org. “There still a lot of big challenges in developing EGS, so we’re investing in the market in order to address those challenges.”

While very promising, EGS has a long way to go before it reaches the commercial scale. Because the bore holes need to be very deep in order to access rock with high enough temperatures — in some cases up to a mile and a half — conventional drilling technologies are inadequate. Designing a drill that can reach those depths in a cost-effective way is one of the most important parts of the process. Google recognized that need and has invested US $4 million in Potter Drilling, a company working on an EGS-specific drill.

Potter Drilling is adapting a thermal fragmentation technique called “spallation” for EGS applications. The technique has been used by the rock quarry industry for many years. Instead of relying on drill bits, which typically only last around 200 feet in hard rock, the company uses superheated water to carve through the earth. This technique can significantly reduce the cost of drilling, says Jared Potter, co-founder and CEO of Potter Drilling.

“The deeper you go, the more difficult it is to drill. Conventional drilling techniques just aren’t able to go through that hard rock at such depths in a way that makes sense financially,” said Potter. “We’re taking something that’s been proven and we’re adapting that for a much more difficult environment.”

The technology is still in the laboratory testing phase, however. Potter Drilling can’t say exactly when the technique will be ready for the field, but they are confident that the capital boost from Google will accelerate the commercial deployment process. In the meantime, Potter is working with conventional geothermal developers to bring costs down for companies in the market today.

No one in the industry can give an exact time frame for when EGS will be commercially viable. Most estimates are in the five-year range. Compared with Australia — a country with around 30 companies working in the EGS space — the U.S. market is very small. But that could change quickly. At the end of August, the DOE announced a technology partnership between the U.S., Australia and Iceland to develop next-generation geothermal technologies. The DOE hopes the partnership will accelerate much-needed technological innovation in the U.S. and global geothermal markets.

As the industry works to develop massive EGS projects over the coming years, there are other important technological innovations occurring at the opposite end of the spectrum.

Back in July of 2006, an Alaskan resort installed a device from UTC Power called the PureCycle. By cycling a fluid with a low boiling point instead of directly using the water in the ground, this 200-kilowatt rankine cycle module allows for the utilization of lower temperature resources. While this type of technology has been around for sometime in other industries, applying it to the geothermal space is new. Now that the UTC system in Alaska has been running reliably for over two years, there are some companies in the space that want to install many of these modular devices at the utility scale. With previously unusable resources now open for development, the industry could see faster rates of development in the near future.

Raser is one of the leading developers in this space. After years of speculation and questions raised about the company’s business model, Raser has defined its role in the geothermal industry as a modular developer. In the last year, the company entered into an agreement with Merrill Lynch and UTC Power to purchase 155 MW of the PureCycle devices. To date, the company has installed 50 of the devices at its first project site in Utah. It hopes to reach 10 MW of capacity and generate electricity before the end of the year.

“This gives us the opportunity to go and define a resource quickly. We are not spending three to five years studying the resource. We can begin the drilling and exploration of a project and also in parallel begin to do the civil work and permitting,” said Hayter. “We compress a three to five year timeframe to a 12 to 18 month time frame for a 10 MW plant.”

This type of innovation is giving the geothermal industry a much needed boost. Of course, conventional development represents almost all the current market growth and probably will for many years to come. But the emergence of these new technologies represents a distinct turning point for the industry, said GEA’s Gawell.

“As I walk around the conference, I hear about all sorts of projects in the works that aren’t necessarily showing up in today’s numbers. There’s something new happening here. The innovation that is taking place in the market today is very exciting,” he said.

The energy from attendees at this week’s conference reflected the positive trends taking place in the market right now.  After so many years of being the renewable energy underdog, many analysts, investors and industry professionals are confident that geothermal will be increasingly recognized as a leader in the charge toward a renewable energy future.