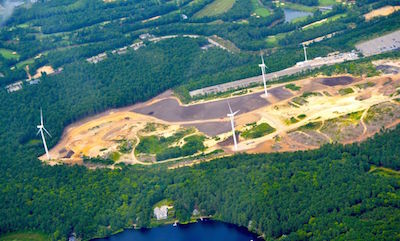 The Kingston Wind Project, a 6-MW farm, has produced 48,360,370 kWh to-date, eliminating 35 metric tons of CO2 that would have been produced by a coal mine and equivalent to planting 33,263 acres of forest or taking 7,422 cars off the road each year. Mary O’Donnell, Founder and President of No Fossil Fuel, discusses details about the project and how her team plans to generate at least 1 GW of clean energy around the world during her lifetime. 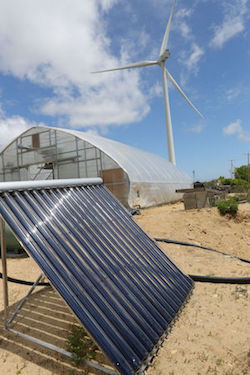 Tell us about No Fossil Fuel. Why did you start this organization?

I began No Fossil Fuel to save my land from being foreclosed on. I had hired a developer to develop a cool 700-unit village. He ended up using it to complete the permitting for his own purposes. In other words, he took the money I had invested and was not making mortgage payments. He ended defaulting on mortgage payments, hence jeopardizing the ownership of my land. Once I discovered this, I came home from my farm in the Andes Mountains in Ecuador and out of retirement. When the village fell through, I wasn’t sure what to do with the land, but knew that the town had just completed studies for a 2-MW wind project on a town landfill which abutted my land. I figured that if the wind power was good enough for the town land, and my land abutted it, it would certainly be good enough for me. So, I wrote an article to be heard at the town annual meeting, and it won by a landslide. I live in a very “green town,” and I love it. This proposal became No Fossil Fuel’s first and flagship project — our 6-MW Kingston Wind farm!

I work with my nephew Michael, who came on board full time in May 2012, after working nights and weekends assisting the CPAs with filing an application for the 1603 Cash Grant.

Through No Fossil Fuel, I intend to be a part of generating at least 1 GW of clean energy around the world. We have over 500 MW for sale in the Phillipines alone, and I want to invest the money I make in water purification, using wind and solar technology, for drinking water and for farmers. In five years, I see our business making a serious difference in the reduction of fossil fuels.

You have sustainable wind, solar and farming projects — give us a brief  overview about each of these.

The Kingston Wind project is a 6-MW farm, and we use three 2-MW Gamesa G90 turbines made in the USA. They are beautiful! Our solar projects include one 6-MW PV array with Canadian Solar panels and SMA Inverters — it has since been sold. The other is a 4-MW array built on an old construction landfill that had been capped off years ago and was owned by a dear friend who had passed. Truthfully, Greenway Farm was built to make sure I was never out of compliance with the noise from the turbines. I knew that if I was running water to keep fish alive I would increase ambient noise. Plus, I was born and raised in Vermont, and we always had a garden, so I knew how to farm! Now, we have a farm under the turbines with fields and greenhouses that we heat with solar and decomposing wood.

How much power does the Kingston Wind farm produce? Where does the power go? 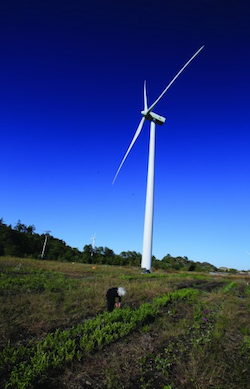 What was the most rewarding part of this project?

The first wind turbine went up as I was sitting in my car with a local police officer, as someone had stolen some equipment the night before, and we watched the first blades spin together.

I also recall driving on Route 44 and noticing three big, beautiful turbines spinning in the distance. I thought “they’re so majestic… I wonder who owns them!” Then, it dawned on me that they were mine. I laughed out loud in the car all by myself!

“…A champion of all things eco-friendly, [Mary] is perhaps best known for being the owner of three massive 2-megawatt wind turbines that rise high into the sky over her 108-acre property (also within sight are two more wind turbines, one owned by the town of Kingston and another smaller one by the train station). O’Donnell employs a full time wind engineer to maintain the turbines. While the turbines haven’t been popular with everyone in town (several nearby neighbors fought to have them taken down) they serve as irrefutable symbols of sustainability—a topic that O’Donnell is incredibly passionate about.” –Maria Allen of South Shore Living Magazine in her 2015 article: A Growing Enterprise

What’s next for you?

Now that I’m involved with wind and solar, it’s important to me to use these to generate clean water. I have a pilot site in Jordan that will clean water using solar power, and supply it to a refugee camp nearby. I want to begin fund raising efforts to get this started. The land is under option, we just need to raise the money (hopefully via crowd funding!) and then hope to bring this program to the U.S. Droughts and the rising sea level are concerning, and I would like to supply farmers with clean water. 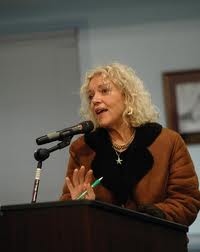 Mary O’Donnell is the Founder and President of No Fossil Fuel.

O’Donnell began her career in the energy industry three decades ago when she purchased a 105 acre sand and gravel pit in Kingston, Massachusetts.  After an extensive study, Mary abandoned plans to re-develop the site into a waste-to-energy facility, but her foray into the industry had begun. Mary is the founder of O’Donnell Sand and Gravel, the largest woman owned business to supply the “Big Dig”. Annual revenues at that time approached $17MM and the Company employed approximately 60 people. O’Donnell Sand & Gravel provided all the stone and gravel for the third harbor tunnel ($11MM contract) and processed all the stone and glacial rock from Spectacle Island for the MWRA ($12MM contract).

In 2010, after a developer’s quest to create a transit oriented 40R development on the site collapsed  under the weight of the a troubled economy, Mary resumed her mission to develop energy on the site after learning the Town of Kingston had conducted a successful three year wind feasibility study on municipal land that directly abutted her 105 acre site. Kingston Wind, No Fossil Fuel’s 6MW flagship renewable farm, was commissioned on January 20, 2012.