More
Home Baseload Bioenergy SunEdison is Not Solyndra: Why 2016 Looks So Different from 2011 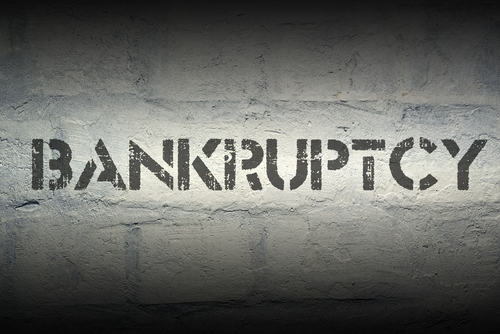 In a move that appeared inevitable for months, commercial-scale solar pioneer SunEdison filed for Chapter 11 bankruptcy protection on April 21. The news grabbed clean-tech industry and general business headlines for sure, but I’ve been struck by how little splash it’s made in the broader realm of national attention, particularly politics. The contrast with the partisan uproar that immediately arose after the 2011 bankruptcy of solar startup Solyndra could not be more striking.

In 2016, an even more contentious presidential election is underway, and the nation’s partisan divide has only increased in the past five years. SunEdison isn’t a fledgling newcomer making a bet on an unconventional application of thin-film solar PV technology; including its many subsidiaries, it was the largest independent developer of renewable energy in the world, with nearly $3 billion in revenue and more than 7,000 employees (the equivalent of about seven Solyndras). If the opponents of clean energy wanted a political cudgel, SunEdison’s a big one.

The big (and way overblown) political flap about Solyndra centered on its role as a recipient of a U.S. Department of Energy’s loan guarantee. SunEdison, however, actually received more dollars in federal grants, tax credits, and loan guarantees ($650 million, compared to $535 million), according to the Subsidy Tracker web site of watchdog Good Jobs First.

Yet SunEdison’s Chapter 11 filing hasn’t cast a significant pall over the solar sector, let alone the political and public opinion arena. Most investors and analysts attribute the company’s downfall to its own failed strategy, an acquisition binge fueled by some $12 billion in debt. Not only did this leverage SunEdison beyond the breaking point, it took the company away from its solar PPA/development roots (where it was a true pioneer) into wind power, residential solar, yieldcos, and many other directions. (Sun Edison’s two yieldcos, TerraForm Power and TerraForm Global, were not part of the bankruptcy filing and have said they will continue to operate as before).

Plenty of SunEdison autopsy reports have already been written; my point here is to highlight just how much strength the clean-tech industry in general, and solar in particular, has gained in the five years since the Solyndra debacle. Financial and market strength, to be sure, but also strength of mainstream mindshare — to the point where not even no-holds-barred presidential hopefuls are trying to make an issue of a high-profile clean-tech bankruptcy. Another reason, perhaps, is there have been several other big energy bankruptcies in the past few months — but they have all been fossil fuels companies. The Chapter 11 filing on April 13 by Peabody Energy, the largest coal company in the U.S., followed those of fellow coal providers Alpha Natural Resources, Arch Coal, and others; Seventy Seven Energy, the fracking spinoff of once high-flying natural gas firm Chesapeake Energy, plans to file for bankruptcy later this month.

As 2016 has rolled out, the statistical and anecdotal evidence of clean-energy momentum keeps pouring in. In 2015, global investments in renewable energy projects ($330 billion, according to Bloomberg New Energy Finance) surpassed those in fossil fuels for the first time. An increasing number of global corporations, including mainstream icons like Coca-Cola, Procter & Gamble, and Walmart, have committed to be 100 percent powered by renewable energy. The global solar market will grow 21 percent (adding 66 GW of new capacity) this year, predicts GTM Research in data released this week. In the most populous energy market in the U.S., California, utility-scale solar is now the largest power producer among renewable sources, with its 7.6 percent share of all generation in the state in 2015 surpassing that of the respective shares of hydropower, geothermal, wind, and biomass. According to California grid operator CAISO, the amount of utility-scale solar feeding the grid has soared fifteenfold in the past five years.

As the industry well knows, however, solar power can ignite opposition from entrenched interests. The (mostly state-level) battles raging about solar are less about whether harnessing electrons from the sun is a good, cost-effective idea, but whether the main delivery method should be centralized or distributed. That’s what the industry’s arguably largest setback in recent months — the Nevada Public Utilities Commission’s December vote to end net metering credits for rooftop solar users ­– was all about. Among U.S. states, Nevada is second to California in percentage of generation from utility-scale solar, but just 12th in distributed PV.

To be sure, “climate politics,” a phenomenon generally unique to the U.S., has unfortunately not abated, at least among officeholders and candidates at the federal level. But in poll after poll, including two annual U.S. Homeowners on Clean Energy surveys produced by Clean Edge and SolarCity, the American public across the political spectrum strongly supports clean energy development in general and solar power in particular.

Part of the reason is visibility, with clean-energy projects increasingly part of the mainstream landscape in places far from environmentalist-centric locales like California or Vermont. In addition to Arizona, the nation’s top 15 utility-scale solar markets (as a percentage of total generation) include other red or purple states New Mexico, North Carolina, Indiana, and Tennessee. Solar panels help power airport operations in cities like San Francisco, San Diego, and Boston, but the nation’s largest airport solar plant is in Indianapolis. (Indiana’s state capital also boasts a solar array at its most famous attraction, especially this month — the Indianapolis Motor Speedway). Elsewhere in the Rust Belt, the unlikely venue of Buffalo, New York, will soon be home to the largest solar panel factory in the Western Hemisphere, the SolarCity plant due to open next year.

With wind power, the nexus of clean energy and conservative politics is even more dramatic. The top five wind states, percentage-wise, are nearly as red as it gets: Iowa, South Dakota, Kansas, Oklahoma, and North Dakota — with Texas as the nation’s top overall producer of wind-generated electrons by far.

Next month’s Renewable Energy Finance Forum-Wall Street conference in New York chose conservative GOP Gov. Sam Brownback of Kansas as its opening keynote speaker. The choice is not without controversy, as Brownback signed the bill last year that changed the state’s 20 percent RPS goal from mandatory to voluntary — showing that the free-market vs. regulatory debate is still alive and well. But unlike some other anti-RPS mandate actions, such as Ohio’s, the change will likely have little real impact as Kansas’s utilities already generate more than 20 percent of their power from wind.

SunEdison’s bankruptcy, for creditors, customers, shareholders, and partners, is a very big deal with all manner of negative repercussions. And it’s a cautionary tale like those we’ve seen across the energy landscape and in other industries, where over-leveraged, aggressive growth strategies can come crashing down. But in the big picture — the unfolding history of the world’s transition to clean energy — it will be a pretty small blip. If it isn’t being used to score political points in an election year, it doesn’t stay on the front or home page for very long. Granted, we have six long months of contentious political rhetoric ahead, before November’s presidential election, and anything can happen. But compared with what we witnessed five years ago, so far it’s a really good sign.